Dennis Prager
|
Posted: Nov 06, 2018 12:01 AM
Share   Tweet
The opinions expressed by columnists are their own and do not necessarily represent the views of Townhall.com. 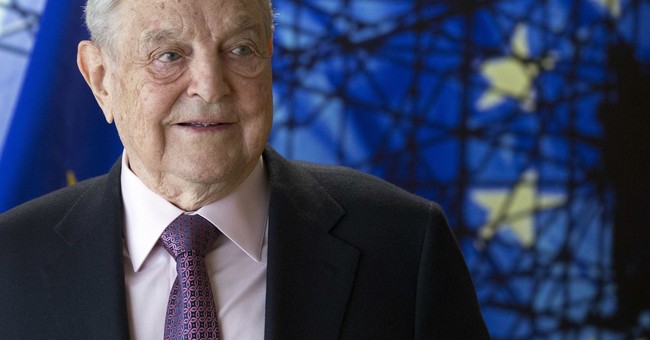 The damage done to Jews by left-wing Jews is not new. It began at the beginning of the left with Karl Marx, the grandson of two Orthodox rabbis (his parents had undergone pro forma conversion to Christianity). He wrote one of the most anti-Semitic tracts of the 19th century, "On the Jewish Question," published in 1844. In it he wrote, among other things:

"What is the worldly religion of the Jew? Huckstering ..."

"Money is the jealous god of Israel, in face of which no other god may exist ..."

In the early 20th century, another left-wing Jew, Leon Trotsky, who, along with Lenin, led the Bolshevik Party in Russia, was a catastrophe for Jews and for humanity. In 1920, when Trotsky was head of the Red Army, Moscow's chief rabbi, Rabbi Jacob Mazeh, asked him to use the army to protect the Jews from pogromist attacks in which tens thousands of Jews were murdered. Trotsky is reported to have responded: "Why do you come to me? I am not a Jew," to which Rabbi Mazeh answered: "That's the tragedy. It's the Trotskys who make revolutions, and it's the Bronsteins who pay the price."

Thus, many of the leaders of the movement to economically strangle Israel -- the Boycott, Divest, Sanctions (BDS) movement -- are left-wing Jews.

A few years ago, I was invited to the world's most famous debating forum, the Oxford Union, to debate the farcical question of whether Israel or Hamas is a greater obstacle to peace in the Middle East. One of my two adversaries was a Jewish former professor at Oxford. He argued that Israel was a greater threat to peace than Hamas.

Another prominent left-wing Jew, MIT professor Noam Chomsky, has devoted his life to writing and speaking against two countries: the United States and Israel.

The security of the world's only Jewish state is by far the greatest security issue for world Jewry. Yet many left-wing Jews attack Israel, support many of those who wish to destroy Israel or, at the very least, do nothing to strengthen Israel's security.

In America today, leftism has poisoned so many non-Orthodox synagogues, they differ only from the American Civil Liberties Union or the Democratic Party in their use of Hebrew liturgy.

Many non-Orthodox synagogues sat shiva -- Judaism's seven days of mourning after the death of an immediate relative -- when Donald Trump was elected president. This perversion of Judaism is an example of what leftism does to every religion it infiltrates. I suspect none of those synagogues sat shiva after the murder of 11 Jews in Pittsburgh. Why? Did the election of Donald Trump bother them more? Left-wing Jews are ethnically Jewish, but their values derive from leftism (just as the current pope is Catholic in his identity but his values derive from leftism).

The current charge that the Pittsburgh massacre was caused by President Trump is one of the greatest libels in American history. Virtually every left-wing columnist and commentator has spread this lie, most of them written by left-wing Jews such as the Washington Post's Dana Milbank. One of their lies is that attacks on George Soros are anti-Semitic.

I think George Soros is a malevolent force. Am I an anti-Semite? (To answer that, let's compare what I have done for Jews and Judaism with what any of these left-wing Jews have done.) But left-wing Jews have always done this. They attributed the execution of the Rosenbergs -- who, immoral leftists that they were, passed on the secrets to the atom bomb to Stalin -- to anti-Semitism. The judge in the Rosenberg case was a Jew. But to left-wing Jews, that didn't matter. Ever since Stalin labeled Trotsky a "fascist," leftists have always depicted their opponents as "Nazis," "racists," "anti-Semites," "fascists," "haters" and "bigots." That is their modus operandi.

Many of these left-wing Jews base this libel about President Trump's "role" in the context of an equally libelous claim that there has been a great rise in American anti-Semitism in the Trump era -- resulting in the Pittsburgh massacre -- based on an Anti-Defamation League study. The study's mendacity is fully exposed by David E. Bernstein, a professor of law at George Mason University Law School and a Trump opponent, in two devastating reviews (one on Reason.com and one in Tablet Magazine). Read them and you will understand one of the most important things you need to know about the left: Truth is not a left-wing value. The ADL, which at one time was preoccupied with fighting anti-Semitism, is now preoccupied with fighting Donald Trump and fighting on behalf of the American left.

In 1970, a Harris study showed that 23 percent of Jewish college students termed themselves "far left" versus 4 percent of Protestants and 2 percent of Catholics.

Many of those college students are now many of the non-Orthodox rabbis and lay leaders in American Jewish life. Given the rule that whatever the left touches it ultimately ruins (the universities, for example), the Bronsteins will continue to pay the price for the Trotskys' revolutions.