The Immaturity of Supporting Hillary Clinton as a Woman

Dennis Prager
|
Posted: Jun 21, 2016 12:01 AM
Share   Tweet
The opinions expressed by columnists are their own and do not necessarily represent the views of Townhall.com. 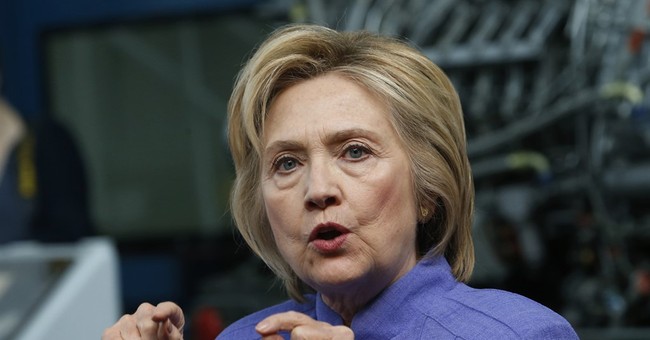 It is hard to imagine a more immature or morally primitive stance than that of progressive women (and men) who argue how important it is to support Hillary Clinton because, as your local college would put it, she identifies as a woman.

One perfect example of such thinking was the recent statement made by former Secretary of State Madeline Albright at an event on behalf of Clinton. Albright announced that "there is a special place in hell" for women who don't support women, meaning in this instance, for women who don't vote for Clinton.

It is important to note that such immature thinking is to be found only on the left. Racial solidarity, ethnic solidarity, class solidarity and gender solidarity all matter to the left, not the right. When Margaret Thatcher first ran for the office of British prime minister, she would have become the first female prime minister in British history. But British conservatives, including women who supported her, rarely mentioned her gender, let alone offered it as a reason to vote for her.

Conservatives in the UK and America vote for their values, not the gender or ethnicity of politicians.

Then there are all those parents who yearn to tell their daughters that with the first female president there is truly no accomplishment in life to which their daughter should not aspire.

But that message is as morally problematic as Albright's.

Offering Clinton to one's daughter as a model to aspire to -- given the former secretary of state's long history of lying and recent history of selling the power of her office to enrich herself and her husband -- is telling one's daughter that gender trumps decency. As such, it speaks volumes about how insignificant character is to Clinton supporters.

In addition, putting aside the immorality and immaturity of gender solidarity, having a female president would be as useless to women as having a black president was to blacks.

In 2008 we were repeatedly told that electing a black president would be a tremendous gain for black-white relations and for black life in general.

But black-white relations are worse now than in most living Americans' memories -- in large measure thanks to President Barack Obama and his race baiting, from repeatedly inviting the greatest living race demagogue, Rev. Al Sharpton; to the White House, to insulting the Cambridge, Massachusetts police for its dealings with a black Harvard professor; to his incendiary interventions in the Trayvon Martin and Ferguson, Missouri cases. Consequently, instead of acknowledging that America is the least racist multiracial, multiethnic country in world history, more blacks believe America is a congenitally racist country today than any time since the civil rights era.

We were also told that with an Obama victory, young black men would see a black man in the White House and then model their behavior after his. But despite President Obama's personal example of marriage and devoted fatherhood, the birthrate of blacks out of wedlock reportedly remains over 70 percent. Additionally, crime rates in the inner city areas of Baltimore, Maryland, Chicago, Illinois and other major cities are up, and black men are committing murders and being murdered in greater numbers than before the Obama presidency.

Furthermore, under Obama's economic policies blacks have lost ground in every measurable economic category over the last seven years. More blacks are impoverished today than before the Obama era.

In other words, having a black president has done nothing for blacks. Likewise, the dozens of black members of Congress, the first black attorney general, the blacks holding other cabinet positions and the black mayors of major cities have done nothing to improve black quality of life.

Only the left claims that having members of one's gender or ethnic or racial group in political power is important. This claim is fraudulent. One of the most successful ethnic groups in American history, Asian-American, has virtually no political power. Has that deleteriously affected Asian-Americans?

So, how will having a female in the White House actually help women? Unless you think that rendering more and more women dependent on the government rather than their husbands or themselves is a good thing for women, it will do for women just as black leaders have done for blacks: more harm than good.

Let me end with a heretical thought:

America would be a far better place -- meaning there would be many more happy and many more decent Americans -- if more parents told their daughters that they might consider becoming a great mother and a great wife in addition to, or even in preference to, becoming a great lawyer, CEO or president.