Gratuitous Hatred Is Destroying Republicans -- Just as in Ancient Israel

Dennis Prager
|
Posted: Mar 01, 2016 12:01 AM
Share   Tweet
The opinions expressed by columnists are their own and do not necessarily represent the views of Townhall.com. 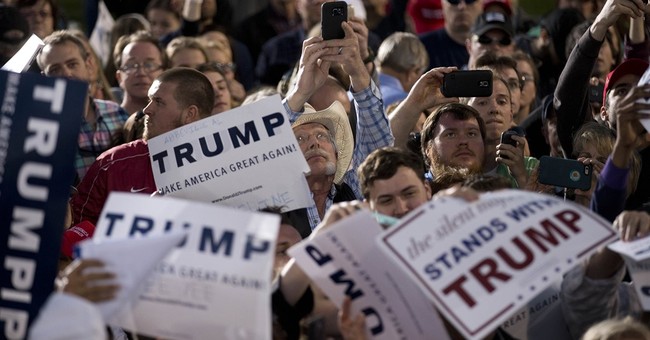 Trending
I have been a radio talk show host for 33 years, nationally syndicated for 18. I have never experienced anything similar to what I am experiencing now. Until recently, the only hate mail I ever received was from a small number people on the left. The major reason for this, I am convinced, is that I don't yell at callers and I treat callers who disagree with respect.

Reading my emails these days is a brand new experience. I receive hate mail, sometimes laced with obscenities, from Republicans. Most come from Donald Trump supporters, even though whenever I explain my opposition to Trump, I also explain that I understand why so many people support him, and even though I ask anti-Trump listeners to respect these Trump supporters.

To show how widespread the hatred among Republicans is, here are excerpts from an email sent by a Ted Cruz supporter in Michigan. He was livid at my having suggested that Cruz consider announcing that he will now back Marco Rubio to give Republicans a unified opposition -- the only chance to stop Trump. I might add that I have said many times that if I could simply appoint a Republican president, it would be Cruz, since he is a true conservative and he doesn't care whether people love him. However, I believe that Rubio -- at least until this weekend and his imitation of Trump's high school level of personal insults -- has been the Republican with the best chance of defeating Hillary Clinton.

The listener's email read in part:

"Dennis, I can't tell you how pissed off I am at you for suggesting Cruz drop out in favor of the back stabbing, lying Rubio. You have compromised your own principles. ... Despicable! (people) like you ... lie about 'if I could appoint a president, it would be Cruz.' Screw you and all your Salem colleague's (sic) for pushing the false narrative 'Rubio is more electable.'... I am no longer a faithful listener and have switched back to Rush after many years. You have lied by obfuscation, and tried to manipulate your listeners, and for that, I despise you and the other Salem turncoats. You all can go f---yourselves!"

As noted, I have quite a few emails from Trump supporters who after years, even decades, of listening to my show, have decided that I am no longer worthy of being listened to. If one doesn't support Trump, they believe, one is a traitor to the cause.

It is important to point out that I have said over and over that I would vote for Trump if he were the nominee because it is difficult to conceive of even Trump being worse than four more years of a left-wing president and decades of a left-wing Supreme Court. But to more than a few Trump supporters, that is not enough: If you don't support Trump, you are the enemy.

In a nutshell, the hatred and contempt some of the Republican candidates have shown one another is reflected among rank and file Republicans. I understand why -- most Republicans view this election as the last chance to save America from becoming the opposite of what it was founded to be. The left has been eating away at America's foundational values for nearly a century, and it has been largely successful. Two examples: Seventy percent of college students do not believe in freedom of speech if the speech might hurt someone's feelings, and many young Americans support a democratic socialist for president.

Meanwhile, many Republicans believe that only their candidate can turn things around. Therefore, Republicans who oppose their man are regarded as no different from Democrats -- indeed, perhaps worse.

So this is where we stand today:

Needless to say, with these attitudes, there is little chance any Republican can win.

So, then, despite eight years of failure under a Democratic president, and with Hillary Clinton -- widely regarded as an untrustworthy woman who has put her pursuit of money and power above the interests of her country -- as the Democratic candidate, Republicans will still lose.

And Republicans will have no one to blame but themselves.

In Jewish tradition, there is a famous explanation for the destruction of the Jewish state by the Romans in A.D. 70. The ancient rabbis did not blame the Romans. They blamed the Jews. And the reason, they said, was "gratuitous hatred" -- Jews hating each for no good reason.

Bear in mind: Not all hatred is gratuitous. The hatred of evil, for example, is actually the only moral response to evil.

But gratuitous hatred is utterly destructive. And that's what many Republicans now have for one another -- and what will therefore enable today's Romans, the Democrats, to destroy our country in the year 2016.