A Response to a Black Student at Columbia 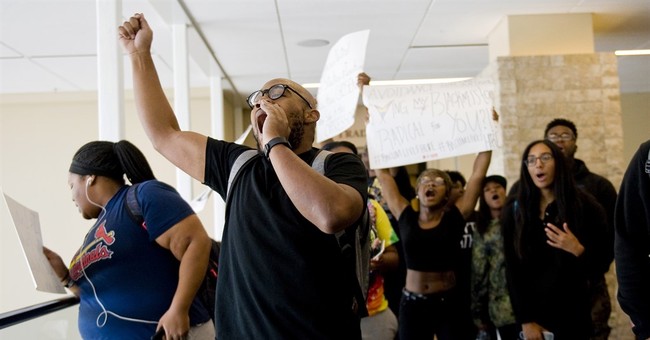 As described in the article, one example of the institutionalized racism that black Columbia students must endure is the university's Core Curriculum.

In the words of one of the panelists, fifth-year undergraduate student Nissy Aya, a young black woman, "It's traumatizing to sit in Core classes. We are looking at history through the lens of these powerful, white men. I have no power or agency as a black woman, so where do I fit in?"

Her words are worthy of analysis and response.

First, they provide a fine example of how successfully universities have indoctrinated students with leftist ideas and rhetoric. For example, who, outside of academia, ever uses the word "agency" as she did? Did you ever say to anyone that you have or don't have "agency?"

This is not trivial. When people use words or terms that are used in only one setting, it means that that setting has profoundly influenced them and that the setting is a closed intellectual universe.

Her use of the word "traumatizing" is also a product of indoctrination. Columbia taught this young woman to be traumatized by its own Core Curriculum. Some things -- war, torture and the murder of a loved one, for example -- are objectively traumatizing. No one is taught to be traumatized by such things. But a university curriculum that attempts to convey the finest ideas and art developed in Western culture, and often in the entire world, and which has been taught to tens of thousands of students of all backgrounds for nine decades -- that should not constitute a trauma.

The notion that she is "looking at history through the lens of these powerful, white men" means that race trumps profundity, wisdom, beauty and excellence. Thus, Shakespeare is not the greatest playwright we know of, he is just a white European (and male, to boot). Likewise Beethoven, Bach and other Western composers did not compose what is arguably the greatest music ever composed; they, too, were first and foremost white.

Whereas the Columbia Core Curriculum originally set out to teach the history of the West and the best art and literature that has been produced, the left has succeeded in teaching that no art is better than any other. It has done so by substituting race, gender and class for wisdom, beauty and profundity, and through its doctrine of multiculturalism, which asserts that all cultures are equal.

And how did Columbia respond to Aya?

Director of the Center for the Core Curriculum Roosevelt Montas said: "You cannot grow up in a society without assimilating racist views. Part of what is exciting about this conversation is that it's issuing accountability for us to look within ourselves and try to understand the way that racism shapes how we see the world and our institutions."

And, according to the Spectator, Executive Vice President for University Life Suzanne Goldberg "added that in addition to meeting with students, the Office of University Life is convening a task force of students, administrators and faculty to further explore issues of diversity on campus."

In other words, instead of defending the pursuit of wisdom and human greatness, Columbia sided with Aya and all the other students lamenting the "institutionalized racism" and resultant traumas endured by non-white students at the university.

At an actual learning institution, rather than at the left-wing seminary Columbia and nearly all other American universities have become, administrators would have told Aya that if she has really been traumatized by the Columbia Core Curriculum, she stands little chance of navigating any of the inevitable vicissitudes of real life because she has opted to remain a child, and therefore woefully unprepared for adulthood.

At a real university, administrators would have also told her and all the other "traumatized" students of all colors and backgrounds, that by using the word "traumatized" they have trivialized the suffering of all those individuals the world over who really have been traumatized.

But of course any administrator who said something so honest would be labeled racist by faculty and students at that university, The New York Times, Hillary Clinton, MSNBC and the rest of the American left.

After all, in their view, if you think students should concentrate on studying Bach, Shakespeare and Leonardo da Vinci, you are depriving black students of their agency. Is that not clear?