Differences Between Left and Right: Part I 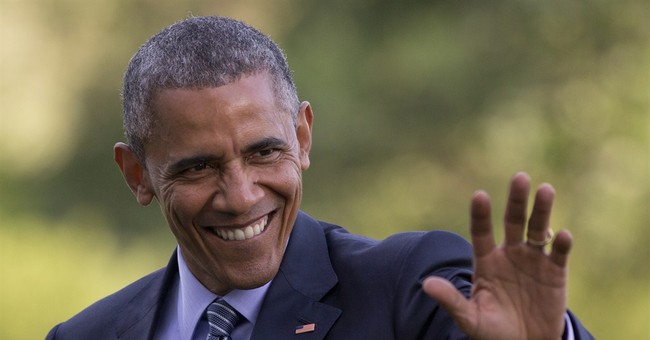 Most Americans hold either liberal or conservative positions on most matters. In many instances, however, they would be hard pressed to explain their position or the position they oppose.

But if you can't explain both sides, how do you know you're right?

At the very least, you need to understand both the liberal and conservative positions in order to effectively understand your own.

I grew up in a liberal world -- New York, Jewish and Ivy League graduate school. I was an 8-year-old when President Dwight Eisenhower ran for re-election against the Democratic nominee, Adlai Stevenson. I knew nothing about politics and had little interest in the subject. But I well recall knowing -- knowing, not merely believing -- that Democrats were "for the little guy" and Republicans were "for the rich guys."

I voted Democrat through Jimmy Carter's election in 1976. He was the last Democrat for which I voted.

Obviously, I underwent an intellectual change. And it wasn't easy. Becoming a Republican was emotionally and psychologically like converting to another religion.

In fact, when I first voted Republican I felt as if I had abandoned the Jewish people. To be a Jew meant being a Democrat. It was that simple. It was -- and remains -- that fundamental to many American Jews' identity.

Therefore, it took a lot of thought to undergo this conversion. I had to understand both liberalism and conservatism. Indeed, I have spent a lifetime in a quest to do so.

The fruit of that quest will appear in a series of columns explaining the differences between left and right.

Difference No. 1: Is Man Basically Good?

Left-of-center doctrines hold that people are basically good. On the other side, conservative doctrines hold that man is born morally flawed -- not necessarily born evil, but surely not born good. Yes, we are born innocent -- babies don't commit crimes, after all -- but we are not born good. Whether it is the Christian belief in Original Sin or the Jewish belief that we are all born with a yetzer tov (good inclination) and a yetzer ra (bad inclination) that are in constant conflict, the root value systems of the West never held that we are naturally good.

To those who argue that we all have goodness within us, two responses:

First, no religion or ideology denies that we have goodness within us; the problem is with denying that we have badness within us. Second, it is often very challenging to express that goodness. Human goodness is like gold. It needs to be mined -- and like gold mining, mining for our goodness can be very difficult.

This so important to understanding the left-right divide because so many fundamental left-right differences emanate from this divide.

Perhaps the most obvious one is that conservatives blame those who engage in violent criminal activity for their behavior more than liberals do. Liberals argue that poverty, despair, and hopelessness cause poor people, especially poor blacks -- in which case racism is added to the list -- to riot and commit violent crimes.

"In some communities, that sense of unfairness and powerlessness has contributed to dysfunction in those communities. ... Where people don't feel a sense of hope and opportunity, then a lot of times that can fuel crime and that can fuel unrest. We've seen it in places like Baltimore and Ferguson and New York. And it has many causes -- from a basic lack of opportunity to some groups feeling unfairly targeted by their police forces."

So, poor blacks who riot and commit other acts of violence do so largely because they feel neglected and suffer from deprivations.

Since people are basically good, their acts of evil must be explained by factors beyond their control. Their behavior is not really their fault; and when conservatives blame blacks for rioting and other criminal behavior, liberals accuse them of "blaming the victim."

In the conservative view, people who do evil are to be blamed because they made bad choices -- and they did so because they either have little self-control or a dysfunctional conscience. In either case, they are to blame. That's why the vast majority of equally poor people -- black or white -- do not riot or commit violent crimes.

Likewise, many liberals believe that most of the Muslims who engage in terror do so because of the poverty and especially because of the high unemployment rate for young men in the Arab world. Yet, it turns out that most terrorists come from middle class homes. All the 9/11 terrorists came from middle- and upper-class homes. And of course Osama bin Laden was a billionaire.

Material poverty doesn't cause murder, rape or terror. Moral poverty does. That's one of the great divides between left and right. And it largely emanates from their differing views about whether human nature is innately good.