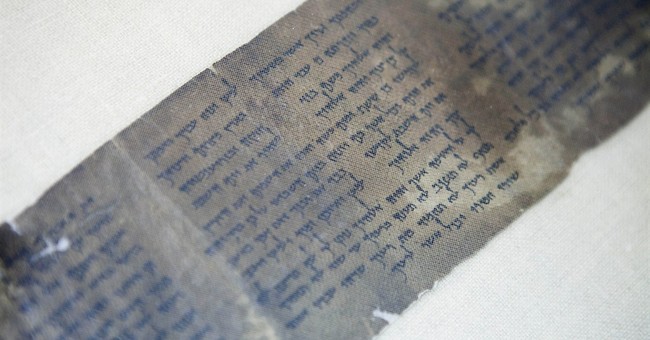 The Ten Commandments is the most morally influential piece of legislation ever written. To give a good idea of how relevant each of the ten is, take the third commandment, one of the two most misunderstood commandments (the other is "Do not Murder," which I explained previously).

Is there such a thing as "the worst sin" -- one sin that is worse than all others?

In fact, there is.

I am aware that some people differ. They maintain that we can't declare any sin worse than any other. "To God, a sin is a sin," is how it's often expressed. In this view, a person who steals a stapler from the office is committing as grievous a sin in God's eyes as a murderer.

But most people intuitively, as well as biblically, understand that some sins are clearly worse than others. We are confident that God has at least as much common sense as we do. The God of Judaism and Christianity does not equate stealing an office item with murder.

So, then, what is the worst sin?

The worst sin is committing evil in God's name.

How do we know?

From the third of the Ten Commandments. This is the only one of the ten that states that God will not forgive a person who violates the commandment.

What does this commandment say?

It is most commonly translated as, "Do not take the name of the Lord thy God in vain. For the Lord will not hold guiltless" -- meaning "will not forgive" -- whoever takes His name in vain."

Because of this translation, most people understandably think that the commandment forbids saying God's name for no good reason. So, something like, "God, did I have a rough day at work today!" violates the third commandment.

But that interpretation presents a real problem. It would mean that whereas God could forgive the violation of any of the other commandments -- dishonoring one's parents, stealing, adultery or even committing murder -- He would never forgive someone who said, "God, did I have a rough day at work today!"

Let's be honest: That would render God and the Ten Commandments morally incomprehensible.

As it happens, however, the commandment is not the problem. The problem is the translation. The Hebrew original doesn't say "Do not take;" it says "Do not carry." The Hebrew literally reads, "Do not carry the name of the Lord thy God in vain."

This is reflected in one of the most widely used new translations of the Bible, the New International Version, or NIV, which uses the word "misuse" rather than the word "take:"

"You shall not misuse the name of the Lord your God."

This is much closer to the original's intent.

What does it mean to "carry" or to "misuse" God's name? It means committing evil in God's name.

And that God will not forgive.

The Nazis and Communists were horrifically cruel mass murderers. But their evils only sullied their own names, not the name of God. But when religious people commit evil, especially in God's name, they are not only committing evil, they are doing terrible damage to the name of God.

In our time, there are, unfortunately, many examples of this. The evils committed by Islamists who torture, bomb, cut throats and mass murder -- all in the name of their God -- do terrible damage to the name of God.

It is not coincidental that what is called the New Atheism -- the immense eruption of atheist activism -- followed the 9/11 attack on America by Islamist terrorists. In fact, the most frequent argument against God and religion concerns evil committed in God's name -- whether it is done in the name of Allah today or was done in the past in the name of Christ.

People who murder in the name of God not only kill their victims, they kill God, too.

That's why the greatest sin is religious evil.

That's what the third commandment is there to teach: Don't carry God's name in vain. If you do, God won't forgive you.

You can see this commentary, animated with text and graphics, at www.prageruniversity.com. It was released, along with the other nine commandments, this month.