The Rabbi and the Terrorists 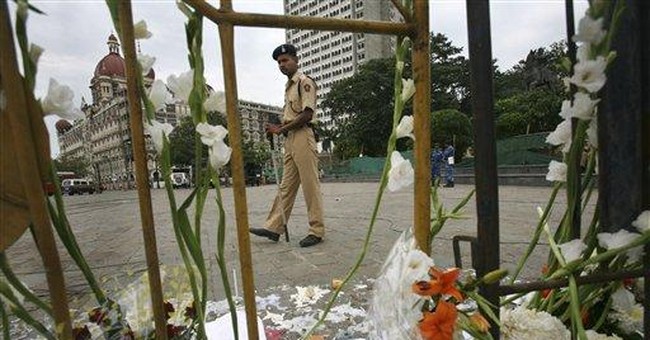 It was obvious to observers around the world that one of the designated targets of the Pakistani Islamist terrorists was the Mumbai Chabad House, the one Jewish center in Mumbai. The 10 Islamic terrorists who came from Pakistan to India chose their targets with great care.

If one assumes that the terrorists primary goals were to destabilize India, weaken growing Indian-Pakistani cooperation in fighting terrorism, and greatly increase Indian-Pakistani tension, hopefully to the point of military war between the two countries, every one of the targets made strategic sense. Slaughtering as many people as possible in Indias major economic center, including as many foreign tourists as possible at Mumbais finest hotels, also made sense.

But one target seemed to make little sense. In fact, until the attack was over people were uncertain whether the terrorists attack on the Jewish center known as the Chabad House was part of the original plan or chosen spontaneously. Only when the lone terrorist who was captured told his interrogators that the Chabad House was planned a year earlier was it indisputable that killing the Rabbi, his wife, their children and any other Jews present was part of the plan.

The question is why?

Why would a terrorist group of Islamists from Pakistan whose primary goal is to have Pakistan gain control of the third of Kashmir that belongs to India and therefore aimed to destabilize Indias major city devote so much of its efforts -- 20 percent of its force of 10 gunmen whose stated goal was to kill 5,000 -- to killing a rabbi and any Jews with him?

The question echoes one from World War II: Why did Hitler devote so much time, money, and manpower in order to murder every Jewish man, woman, and child in every country the Nazis occupied? Why did Hitler -- as documented by the late historian Lucy Dawidowicz in her aptly named book The War against the Jews -- weaken the Nazi war effort by diverting money, troops, and military vehicles from fighting the Allies to rounding up Jews and shipping them to death camps?

From the perspective of political scientists, historians, and contemporary journalists, the answer to these questions is not rational. But the non-rationality of an answer is not synonymous with its non-validity.

For the Islamists, as for the Nazis, the destruction of the Jews -- and since 1948, the Jewish state -- is central to their worldview.

If anyone has a better explanation for why Pakistani terrorists, preoccupied with destabilizing India, would expend so much effort at finding the one Jewish center in a country that is essentially devoid of Jews, I would like to hear it.

With all the Pakistani Islamists hatred of Hindus, they did not attack one Hindu temple in Indias major city.

With all their hatred of Christian infidels, the terrorists did not seek out one of the 700,000 Christians in Mumbai.

To reinforce my point, imagine a Basque separatist terrorist organization attacking Madrid. Would the terrorists take time out to murder all those in the Madrid Chabad House? The idea is ludicrous. But no one seems to find it odd that that Pakistani Muslim terrorists who hate India and want it to give up control of Indian Kashmir would send two of its 10 terrorists to kill perhaps the only rabbi in Mumbai. As Newsweek reported during the siege, Given that Orthodox Jews were being held at gunpoint by mujahideen (sic), it seemed unlikely there would be survivors. Newsweek, like just about everyone else, simply assumes Islamists will murder Jews whenever and wherever possible.

For years I have warned that great evils often begin with the murder of Jews, and therefore non-Jews who dismiss Jew-hatred (aka anti-Semitism, aka anti-Zionism), will learn too late that Jew- and Israel-haters only begin with Jews but never end with them. When Israeli Jews were almost the only targets of Muslim terrorists, the world dismissed it as a Jewish or Israeli problem. Then it became an American and European and Filipino and Thai and Indonesian and Hindu problem.

One is that it is exquisitely fitting that the same week the murders in Mumbai were taking place, the United Nations General Assembly passed six more anti-Israel resolutions. As it has for decades, the U.N. has again sanctioned hatred for a good and decent country as small on the map of the world as the Chabad House is on the map of Mumbai.

Two: Statements from Chabad in reaction to the torture-murders of a 28-year-old Chabad rabbi and his wife called on humanity to react to this evil with random acts of kindness. Evil hates goodness. Thats why the terrorists targeted a Chabad Rabbi and his wife.