The Difference Between Terrorism and the Election of Donald Trump

Demi Dowdy
|
Posted: Nov 15, 2016 11:30 AM
Share   Tweet
The opinions expressed by columnists are their own and do not necessarily represent the views of Townhall.com. 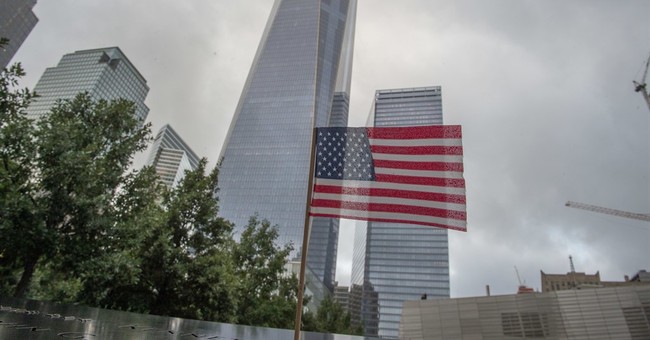 President-elect Donald J. Trump, it is. Regardless of what the media wanted us to believe, the election of Donald Trump was not only possible—it happened!

And there have been legitimate reactions, happy and disappointed, from many across the country. But feigning fear, to the point of seeking safe spaces, and comparing the election of Donald Trump to the terrorist attacks that occurred on September 11, 2001, is utterly ridiculous and truly despicable.

Students in my state are reporting that a professor of journalism at a North Carolina university recently said that the election of Donald Trump is “just as devastating as 9/11.”

Over the weekend,Saturday Night Live aired a cold open so gloomy I assumed I was watching the wrong channel. Kate McKinnon, the actress who has played Hillary Clinton in sketches during this election season, sat at a piano and performed a moving rendition of the song “Hallelujah.” I waited for the punchline, but when the song ended, she looked into the camera with tears in her eyes and said “I’m not giving up and neither should you.” And then slow, heartfelt applause. There surely hasn’t been an SNL opening this somber since September 11. The tone was eerily similar.

Robert De Niro has reportedly chimed in with the same sentiments saying, “I feel like I did after 9/11.” What a strange thing to say, especially considering how he describedSeptember 11 on the ten year anniversary of the attacks. He said, “I didn't lose a relative or close friend when the towers fell, but after the attacks, whatever I had done, whatever I was striving for, had no meaning; it all just stopped. I think 9/11 affected every New Yorker dramatically in some way. A disaster brings out the best in people.”

What a disservice to our country and what an insult to 9/11 families to make this comparison! Some families have already responded, according to TMZ. Comments comparing the loss of their loved ones to an election loss are sickening. They call it “disgusting ignorance.”

Do any of the precious college students hiding in their safe spaces while creating internet memes and Snapchatting videos of themselves crying about this election even remember September 11, 2001?

Do they remember the horror of thousands of Americans being killed? Were they glued to the television that fall morning to find out where the next attack would be, if there would be more? Did they watch the sickening footage of innocent American men and women throwing themselves off of the towers to their death, to avoid suffocation from smoke and flames?

Probably not. And if they do, I would urge them to think twice between comparing the results of a free election, America’s choice of a president they might not like, and a terrorist attack that resulted in the death of almost 3,000 of us. Consider that Donald Trump has not yet taken the oath of office.

More grieving than losing an election is the realization that too many Americans are a bunch of overly-sensitive, coddled babies. Are we raising a generation of critical thinkers, passionate about ideals whether they are conservative, liberal, or progressive? Or are we raising a generation of delicate non-thinkers who are primarily concerned with their feelings? This might have something to do with the fact that progressives have told us we're all victims. We've blurred the line between feeling offended and being truly threatened.

In a culture of participation trophies and safe spaces, we have validated people's worst fears, whether they are real or imagined. This is running rampant on college campuses, as evidenced by this Yale University professor,who made a midterm exam optional for students fearful and distressed by the election results.

If the distress of your candidate losing an election equates to the devastation of theSeptember 11 terrorist attacks on our country, your sense of reality may need some adjusting.

It is clear there is true unrest in our country right now. We are a divided country, half of whom didn't vote for Donald Trump. There are protests and violence coming from both sides. There's no turning a blind eye to this. And it is certainly not helpful to just say “You lost. Get over it.” Some are being harassed because of their race, because they support Trump, because they oppose Trump. But instead of retreating, get out and engage in the battle of ideas. Conservatives and liberals alike will do their side a great service by getting involved in the process.

We must be vigilant. We must hold our new president accountable. And we must move forward toward unity and get to work. So pull up your pants and end the dramatics. The election of Donald Trump may or may not be what you wanted, but it is certainly incomparable to the devastating death and destruction this country experienced on September 11, 2001.

It’s a wonder that there is a need to differentiate.