Do the Math. Tax Cuts Are Bound to Increase the National Debt

Debra J. Saunders
|
Posted: Oct 15, 2017 12:01 AM
Share   Tweet
The opinions expressed by columnists are their own and do not necessarily represent the views of Townhall.com. 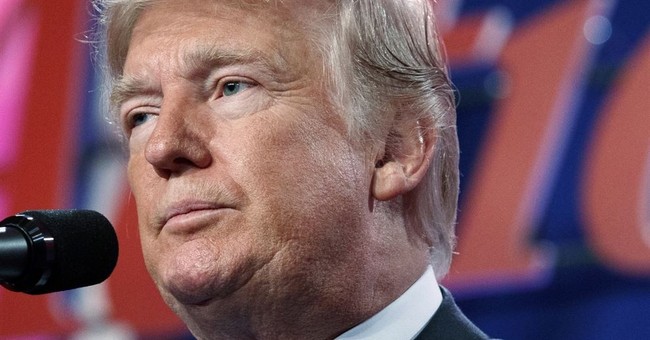 WASHINGTON -- Speaking to a group of workers in Harrisburg, Pennsylvania, President Donald Trump said Wednesday that his proposed tax-cut package "will be rocket fuel" for the U.S. economy.

It was Trump's sly way of reinforcing a message that the White House has sent since it first rolled out a framework for the tax cut in April. The message: Instead of adding to the $20 trillion national debt, the GOP tax cut will pay for itself; there's no need to produce some $5 trillion in savings over the next decade to pay for the cuts.

Treasury Secretary Steven Mnuchin uttered that mantra after the rollout when he told the Institute of International Finance, "The plan will pay for itself with growth."

The current package would lower the corporate tax rate from 38.9 percent to 20 percent and lower personal income taxes; the top rate would fall from 39.6 percent to 35 percent. That should mean a bigger deficit, right?

No, supporters maintain, because the package would eliminate a number of deductions, and that would broaden the tax base and generate some new revenue. The rest would come from growth as corporations, spurred by tax cuts, buy more equipment and hire more workers.

The Committee for a Responsible Federal Budget supports tax reform but has observed that tax cuts in 1981 and the early 2000s widened deficits and figured that for every dollar in cuts, economy activity would have to produce $5 to pay for itself. Don't hold your breath on that score.

"I think that very few economists would agree that the revenue loss would be fully offset with revenue growth," budget expert Alan Viard of the right-leaning American Enterprise Institute told The Hill.

The Tax Policy Center estimated that the framework would increase the federal deficit by $2.4 trillion in its first 10 years.

There are two caveats that go with any estimate. The first is that the plan drafted by GOP leaders offers few details. While the nine-page framework boasts three new tax rates -- 12 percent, 25 percent and 35 percent -- it does not delineate what the tax brackets would be.

The second caveat is that it is not clear or even likely that Congress will stick with provisions that would remove tax deductions, such as the deduction for state and local taxes, in order to finance lower tax rates. The state and local deductions add up to $1.3 trillion over a decade, according to the Joint Committee on Taxation. Already the pressure is on lawmakers from high-tax states such as New York, New Jersey and Maryland to refuse to support the package unless the GOP leadership restores the status quo.

With Trump in the Oval Office, all of a sudden GOP senators and representatives don't see deficit spending as being wasteful as they framed it under President Barack Obama. Also, GOP lawmakers have little incentive to try to cut spending, given that Trump never has been a fiscal conservative and likely would oppose cuts.

In office, Trump has become even more inclined to magical thinking when it comes to other people's money.

Trump told a gathering of truckers in Harrisburg that the stock market grew by $5.2 trillion since he won the election -- "that's a quarter of the $20 trillion that we owe." Then Trump apparently multiplied the $5 trillion by the four years of his first term and figured, "I've increased the value of your U.S. assets by more than the $20 trillion that we currently owe."

Wrong, responded Patrick Newton of the Committee for a Responsible Budget. "Stock market gains benefit investors. They do not pay down the debt."

Republicans aren't all wet when they talk up the dynamic powers that tax cuts can have. The GOP plan would allow corporations to write off equipment purchases in the year they are made -- an incentive to buy equipment. A lower tax on corporate profits overseas could convince CEOs to return offshore dollars to the United States.

But can it make a rabbit disappear? In a recent phone call for "Not One Penny" -- a Democrat-leaning group that opposes the GOP plan -- venture capitalist Nick Hanauer scoffed at the notion that tax cuts for wealthy individuals will increase dynamism and growth.

"It is extraordinary that they continue to try to sell this nonsense to the American people," he said. He likened the approach to "giving whiskey and car keys to teenage boys."