Relax Liberals: The Third Reich Isn't on the Way

Debra J. Saunders
|
Posted: Nov 29, 2016 12:01 AM
Share   Tweet
The opinions expressed by columnists are their own and do not necessarily represent the views of Townhall.com. 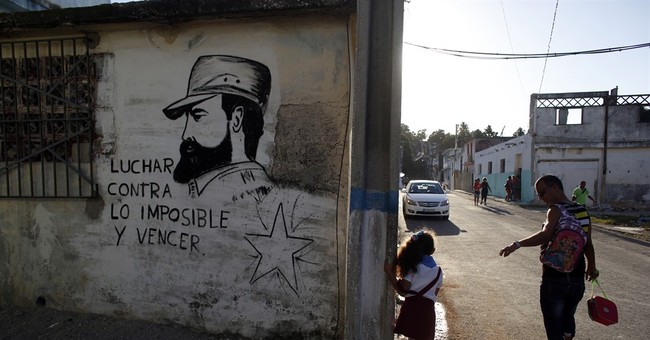 Editor's Note: Debra Saunders is off today. The following column is by Bernard Goldberg.

Perhaps you've noticed that some of the most illiberal people in America these days ... are liberals.

Liberals are the ones who pride themselves on being open-minded. But who are the ones on college campuses stifling speech they don't like? It's not conservative students. In 1944, college-age men were storming the beach at Normandy. Today, more than a few liberal cupcakes on campus are demanding "safe spaces" and "cry rooms" to protect them from the bogeyman we just elected president -- and from any ideas that don't conform to their own.

And hasn't it been liberals who say they don't want to be lectured about morality, especially if it's by a bunch of smug conservatives? But it was smug liberals who rudely lectured the vice president-elect from a Broadway stage recently about how he and Donald Trump should behave when they take office.

And it was liberals who warned us that undemocratic right-wingers would never accept the election results if Trump lost. But it's undemocratic left-wingers who took to the streets to protest Trump's election, sometimes violently. And it's desperate liberals who are trying to overturn the election results by demanding useless recounts in several states Trump won. And it's liberals who are trying to convince Electoral College electors to reject Trump -- even if that's who voters in their states picked -- and vote for Hillary Clinton instead. They're willing to do anything, including reportedly issuing death threats against electors, to deny him the presidency.

Liberals claim to abhor anything even vaguely resembling a violation of human rights. But it's liberals this week -- not all, of course, but more than a few prominent ones -- who are shedding tears over the death of that great man, Fidel Castro, who, like all dictators, didn't tolerate freedom of speech or the press, whose autocratic regime wouldn't allow even peaceful protests, and who tortured and murdered many of those who wouldn't fall into line. "In many ways, after 1959 (when Castro took power), the oppressed the world over joined Castro's cause of fighting for freedom and liberation -- he changed the world, RIP." Thank you, Jesse Jackson.

At least that wasn't as bad as the liberal prime minister of Canada, Justin Trudeau, who said he had "deep sorrow" for "the loss of this remarkable leader ... who served his people for almost half a century."

The real problem with liberal elites is that they don't think America is good enough -- for them. I recently spoke to a liberal news reporter who, I got the impression, couldn't so much as conceive of the idea that millions of good, decent people voted for Donald Trump. This journalist wanted to talk about all the bigots Trump had in his corner.

He certainly had some, I acknowledged, but I wanted to know what percentage of Trump's vote did he think came from "deplorables" -- was it more or less than Clinton's 50 percent? He wouldn't commit to a number, but I got the impression it was more -- a lot more.

He was also appalled that Trump supporters wanted the president-elect to fulfill his campaign promise to build a wall along the Mexican border. I told him the reason was both simple and benign: They were against illegal immigrants sneaking into this country. He had a different theory: Trump supporters didn't want people here who don't look (white) like them.

It's interesting that liberals are the ones who tell us they care about the little guy. But a lot of little guys in Ohio and Pennsylvania and Michigan chose Donald Trump over Hillary Clinton. Don't those little guys count as far as the sophisticated liberal elite is concerned?

The problem is that too many liberals have forgotten how to be liberal, the essence of which is to keep an open mind, to consider what the other side is saying before you cavalierly label them as bigots.

Instead, they're too busy warning us that the Third Reich is coming.

William F. Buckley got it right most of the time, including when he said, "Liberals claim to want to give a hearing to other views, but then are shocked and offended to discover that there are other views."

A little humility wouldn't hurt right about now. I was never a fan of Donald Trump (or Hillary Clinton), but I'm willing to see what kind of president he will be. Illiberal liberals might want to take a break from their nonstop disgust with the president-elect, and from their holier-than-thou umbrage that never seems to end, and instead close their mouths, open their ears and try to understand why he won.