Say Goodbye to Government by the People

Debra J. Saunders
|
Posted: Nov 08, 2016 12:01 AM
Share   Tweet
The opinions expressed by columnists are their own and do not necessarily represent the views of Townhall.com. 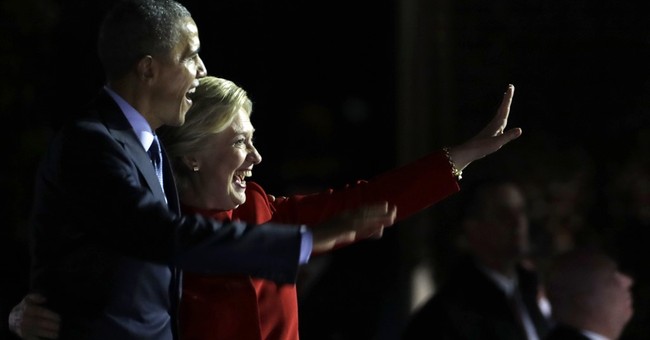 When San Francisco City Attorney Dennis Herrera announced that he would not defend the city in a federal lawsuit challenging state bail laws, he said, "Keeping people locked up for no reason other than they can't afford to post bail can have far-reaching consequences. People lose their jobs and their homes. Families fall apart. Taxpayers shoulder the cost of jailing people who don't need to be there. In other words, the current bail system is not just unconstitutional, it's bad public policy."

Phil Telfeyan, who filed the suit for Washington-based Equal Justice Under Law, said his group is pressing for an end to "the current money bail scheme, which is purely wealth-based." No accused person should have to spend the night in jail solely because he or she cannot afford bail. "Money bail can't be imposed for someone who's unable to make that payment."

Thanks to San Francisco Public Defender Jeff Adachi, Telfeyan told me, the group found two strong plaintiffs in the narrow window between arrest and release available to file suit. Riana Buffin, 19, and Crystal Patterson faced hefty bail requirements -- $30,000 for grand theft of property from a department store, and $150,000 for assault with force causing great bodily injury. Buffin could not pay. She spent two days in jail and lost her job. Patterson posted bail through a private bond company. Within 48 hours of both arrests, District Attorney George Gascon dropped the charges.

Of course, $30,000 seems like an excessive bail amount for shoplifting. But it is Superior Court bail, mandated by state law. Hence, San Francisco's City Attorney has a duty to defend the system.

Dhillon asked: How do you make sure people show up for their trials without a bail system? Poor defendants can seek lower bail amounts if they cannot meet the requirements of a Superior Court's bail schedule, she added. Replacing cash bail with another system will be pricey.

The path Herrera has taken closes the door to sensible reform. Equal Justice for All could win its bid to get rid of the "current money bail scheme."

Money "bail can still play a role in a reformed bail system," Herrera spokesman John Cote told me. But reform won't happen if no one defends San Francisco. Attorney General Kamala Harris has not made it clear if she will intervene. Herrera could name someone to represent the city. But he hasn't. "It's highly unlikely there's going to be nobody to defend the law," quoth Cote. That probably means Herrera is counting on federal court to allow the bail bondsmen's lawyers to do his job. This is no profile in courage.

Sheriff Vicki Hennessy, who is named in the lawsuit, opposes the bail system and supports Herrera's refusal to defend her. At least voters can chuck Herrera and Hennessy if they don't like their views. But if federal court is put in charge of bail in San Francisco, the people have no say.

San Francisco already is a one-party town. Herrera's move pushes the city into a smaller corner, where activists can do more than just pressure City Hall -- they can own policy. First, the reform du jour pops up, and then the city attorney folds. Ask yourself: What does that do for public safety?