Debra J. Saunders
|
Posted: Nov 01, 2016 12:01 AM
Share   Tweet
The opinions expressed by columnists are their own and do not necessarily represent the views of Townhall.com. 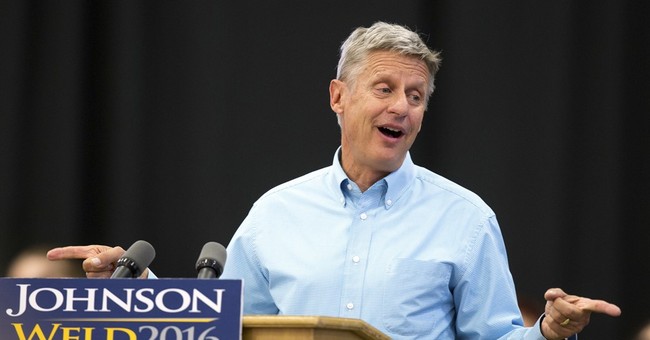 Once again, Clinton is in hot water because of her reckless decision-making. Her original sin was setting up a home-brew server. Her second sin was deciding to delete thousands of emails under subpoena. Defenders act perplexed as to why the Democratic nominee set up this email system. I assume she had many, many things she wanted to hide -- which is why she lied about the whole arrangement.

The GOP nominee lacks conviction, character and self-control. Trump didn't keep his promise to release his tax returns. He trash-talks women and minorities. In all my years of covering politics, I've never seen a campaign where supporters actively blame the candidate's lack of self-control -- not his advisers or pollsters -- for the harebrained things he says. Even his most enthusiastic fans say Trump is his own worst enemy.

Clinton or Trump? I truly have no idea which candidate would be worse. Either nominee would take the oath of office in the face of angry partisan foes itching for payback. Either nominee has ample self-destructive impulses likely to empower an army of detractors.

That's why I'm voting for Libertarian presidential candidate Gary Johnson. The former GOP governor of New Mexico had the right stuff to win election and re-election in a purple state. Johnson believes in small government. He was not afraid to challenge federal mandates. In his first term, he cut the state workforce by 1,200, capped state budget increases at 4.2 percent (down from 10 percent) and vetoed 388 bills, according to the Almanac of American Politics. When he ran for re-election in 1998, he won 55 percent of the vote.

When I tell people I'm voting for Johnson, wags invariably respond: "You mean the guy who doesn't know where Aleppo is?" (When an MSNBC talking head asked Johnson what he'd do about Aleppo, Johnson responded, "What is a leppo?") My quick rejoinder: Running mate Bill Weld, the former GOP Massachusetts governor who won re-election in a blue state, can be in charge of foreign policy.

My more serious answer: Johnson doesn't answer snap questions well in part because he doesn't have a staple of canned sound bites he endlessly repeats. When I interviewed Johnson this summer, I asked him to name the first three regulations he'd work to eliminate. He drew a blank -- he couldn't name three. He instead said, "I'll bet that we're able to do away with hundreds of regulations in a matter of weeks." Later he mentioned he would get rid of the federal Department of Education and Department of Housing and Urban Development. He's not afraid to push for smaller government. He has been a strong critic of the failed federal war on drugs. He supports legalizing recreational use of marijuana. That is, he understands where the federal government should pull back.

Gary Johnson doesn't like being called an isolationist; he sees himself as a "non-interventionist." He told me he believes U.S. troops should work to defeat the Islamic State because "ISIS has attacked us." I fear that he will reduce America's military footprint abroad, but at least he has little appetite to send U.S. troops in harm's way for unclear objectives.

Is he ready to be president? No. Neither is Trump. And Clinton isn't ready to be the kind of president who works within simple rules. From Day One, Donald Trump or Hillary Clinton will sow chaos. So I'm going with the no-drama candidate who actually means what he says.