Debra J. Saunders
|
Posted: Oct 16, 2016 12:01 AM
Share   Tweet
The opinions expressed by columnists are their own and do not necessarily represent the views of Townhall.com. 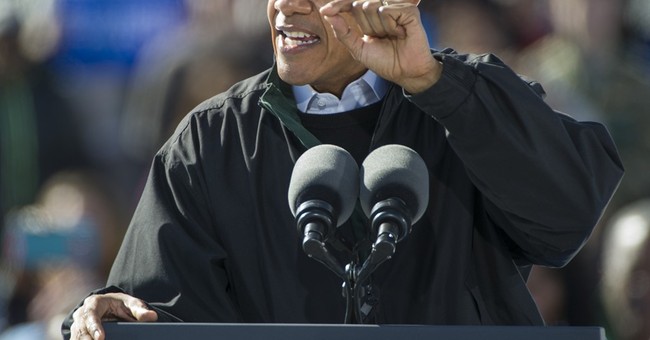 Trending
Yes, it has come to this. The New York Times reported on its front page Thursday that Donald Trump fondled a woman on an airplane more than 30 years ago and kissed another woman on the mouth against her wishes in 2005. I don't think I've ever been this ashamed of my profession.

Let me stipulate: I assume that the two women's accusations are true, because they fit with what I've seen of how Trump treats women. But in this age, proof is no longer a requirement -- all we know is that they told other people. The women's stories fit into a niche -- the incidents aren't so serious that a woman would have made an official complaint about them at the time they occurred. I am not defending such behavior. I just know that 30-plus years ago the working world was a cad's playground, where many men felt it was their job to grab what they could and that a woman's job was to resist, but if she did, she was no fun at all. That's why Jessica Leeds didn't file a complaint. She moved to another seat on the plane and later told friends about the creep in first class.

Another woman told the Times that Trump kissed her on the mouth when she introduced herself to him in 2005. That's right, he kissed her. The Times headline announced: Two Women Say Donald Trump Touched Them Inappropriately.

What happened was wrong, but there's something gratuitous about applying 2016 standards for political candidates to the actions of a 1980s businessman. What will they do next -- report that Trump called someone a "negro"?

I don't like Trump. I'm not voting for Trump. But there are so many better reasons not to vote for Trump than because of this pile-on. It started when The Washington Post broke a story about comments Trump had made on a hot microphone -- off air, but operative -- to Billy Bush, then of "Access Hollywood," about how he likes to kiss women and grab their privates. "When you're a star," Trump boasted, "they let you do it." The Post ran a fair story. Sometime after the election, perhaps the voting public will learn how NBC, which owned the video and employed Bush as a "Today" anchor until last week, didn't break the story sooner.

The hot-mic story gave CNN's Anderson Cooper a peg to say to Trump during the second presidential debate, "You bragged that you have sexually assaulted women. Do you understand that?" Trump's answer -- that it was just "locker room talk" -- spawned a series of indignant talking heads denying that men ever talk like Trump in locker rooms. And because Trump denied that he ever kissed a woman without consent, any information to the contrary rated the first page of The New York Times. Meg Greenfield, the late great Washington Post editorial page editor, once said, "If a politician murders his mother, the first response of the press or of his opponents will likely be not that it was a terrible thing to do, but rather that in a statement made six years before he had gone on record as being opposed to matricide." Those were the good old days. At least matricide is a crime.

He who liveth by sensational news dies by the same sword. TV news loved Trump in the primary election; his willingness to say anything pumped ratings and propelled The Donald from seventh place in July to top dog. Now Trump sees the media engaging in a "coordinated and vicious attack." There's no need for coordination: One story produces a loud noise, then there's a stampede.

When Hillary Clinton is president, the same people will be scratching their heads and wondering why there is so much rancor in America. It will not occur to them that the media played a giant role in the country's deep divisions by deciding which stories are important and which are not. Many voters, for example, want to see immigration law enforced, but to the national media, there are only two immigration stories: immigration "reform" and Trump's wall. I'd like to learn more about Hillary Clinton's fondness, revealed thanks to WikiLeaks, for "open trade and open borders." The WikiLeaks have received nominal attention, but nothing compared to Trump hitting on women. The election will end with absolutely no mandate on any issue except that Trump's a jerk.

Washington Post reportage on Trump's questionable charitable foundation informed readers about what appears to be "self-dealing." The Times has reported on the Clinton Foundation's too cozy relations with Hillary Clinton's State Department. There have been solid stories on Clinton's six-figure speaking fees and Trump's bankrupt Atlantic City casinos. There are multiple reasons not to vote for either major party candidate. But it wasn't enough to expose Trump as a phony -- they had to sell him as a sex offender.

Townhall.com Staff
'Wrong Track:' Who's Up for Some More Brutal Polling for Biden and the Democrats?
Guy Benson

New CDC Study on Natural Immunity Will Surely Infuriate the 'Vaccinate Everyone Now' Crowd
Townhall
'Imagine being this broken': The ladies of The View are determined to prove Bill Maher and Bari Weiss right by bitterly clinging to COVID [video]
Twitchy
Ninth Circuit Trump Appointed Judge Lampoons His Entire Circuit Over Its Treatment of the Second Amendment
Redstate
Florida Is so Red, Democrats Can't Even Field Candidates in Some 2022 Races
PJ Media