Debra J. Saunders
|
Posted: Apr 05, 2016 12:01 AM
Share   Tweet
The opinions expressed by columnists are their own and do not necessarily represent the views of Townhall.com. 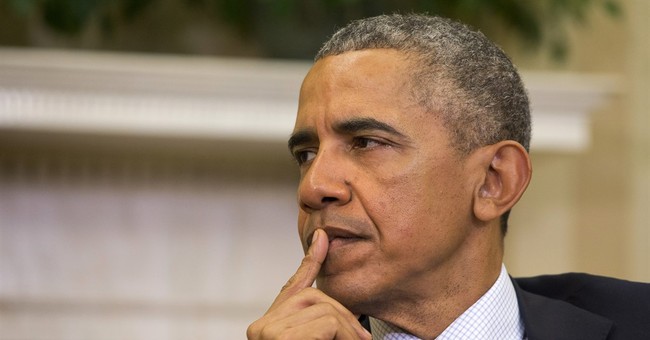 "Did 'Hope and Change' really mean: 'Arguably, better than the very worst?'" political science professor P.S. Ruckman Jr. asked in his Pardon Power blog last week. With 61 new presidential commutations making the total to date 248, President Barack Obama had reached a number of commutations greater than those of the "past six presidents," the White House blog had boasted. Considering the poor record on clemency of Obama's recent predecessors, Ruckman is not impressed. After attending a closed White House briefing last week, he told me he is "really, really afraid that they're spiking the ball."

There was a time when the White House looked as if it might be serious about using the president's pardon power to commute the sentences of federal offenders. In August 2013, then-Attorney General Eric Holder addressed the American Bar Association in San Francisco. He called the criminal justice system "broken," and he informed lawyers that the president would begin issuing more commutations. In December, Holder told The Washington Post he envisioned as many as 10,000 commutations.

Policy wonks on the right and left applauded Holder. Federal drug laws had swollen the federal prison population to about 200,000. The federal mandatory minimum sentencing system set obscenely long sentences for nonviolent drug offenses, often meted out to smaller fish in the drug trade. Of last week's 61 commutees, a third had been sentenced to life in prison.

After the announcement came the letdown. In 2014, the administration had named a new pardon attorney, Deborah Leff, to signal that the Department of Justice had gotten serious about its Clemency Initiative. In January, Leff resigned. Last month, USA Today obtained a copy of Leff's resignation letter, in which she wrote that she had been denied "all access to the Office of the White House Counsel," including in cases where higher-ups reversed her recommendations. "I believe that prior to making the serious and complex decisions underlying clemency, it is important for the president to have a full set of views," Leff wrote.

At a Politico breakfast Friday, White House counsel Neil Eggleston claimed that he had taken care of Leff's complaints before she left.

I am skeptical. In 2012, Inspector General Michael E. Horowitz informed the Obama White House that Pardon Attorney Ronald Rodgers, a holdover from the George W. Bush administration, had withheld information from Bush that might have led to the release of Clarence Aaron, a first-time nonviolent drug offender sentenced to life without parole and the subject of many of my columns. Horowitz concluded Rodgers fell "substantially short" of the expected standard. Obama did not remove Rodgers until 2014.

Under the Constitution, a president can issue commutations and pardons unilaterally, and there is nothing Congress can do about it. Obama could have used the pardon power to make things right for the mostly minority federal inmates condemned to die in prison for low-level drug trade offenses. But he didn't care enough to get it right.