Should Lake Chabot Rant About Religion Be a Crime? 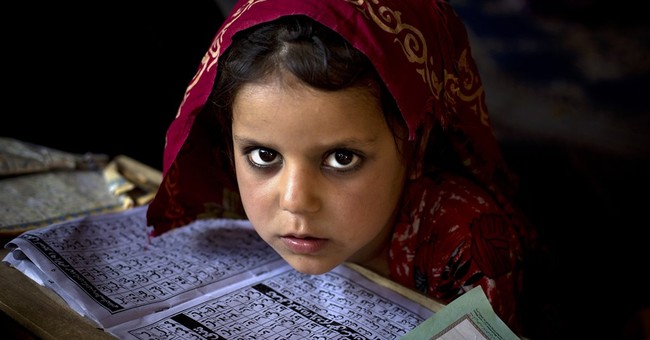 In the age of the cellphone camera, interactions that are best forgotten instead escalate and become chew toys for the chattering class. When a video goes viral, the public's sense of proportion often goes AWOL.

It started last Sunday when San Franciscan Rasheed Albeshari, 31, went to Lake Chabot Regional Park, in Castro Valley, with two friends to play volleyball. The three friends are Muslim, so though they went to the park to play volleyball, "when prayer time comes, we pray for four or five minutes and get back to the game," Albeshari told me. Last Sunday, Castro Valley resident Denise Slader objected to their prayers and started to argue with them. She later told KTVU-TV, "I'm a Christian, and so I wanted to tell them about Christ" and that what they were doing was "not of God; it's of the devil."

The three men, Albeshari told me, tried to talk with Slader and explain to her that as good Muslims, they "love Jesus." She did not back down. Albeshari decided to record Slader's rant on his cellphone, which he later posted on Facebook. Slader did not like being recorded. She swung an umbrella at the camera and hurled coffee at Albeshari. The video went viral.

According to spokeswoman Carolyn Jones, the East Bay Regional Park police referred the matter to Alameda County District Attorney Nancy O'Malley, with a recommendation to charge Slader with misdemeanor battery. Albeshari thinks she also should be charged with a "hate crime."

I asked Albeshari: Do you really think prosecutors should go after Slader for this? "Absolutely," he replied. Should she go to prison? "I would say so, yes," he answered. "I'm her first victim." He also believes that Slader should lose her job with the California Department of Corrections and Rehabilitation because she is "an official employee" who might have to work with Muslims. She is a program technician. She wasn't working at the time, and this has nothing to do with her job.

Slader was completely out of line, but she has a First Amendment right to criticize Muslims. She does not have a right to throw coffee at Muslims who exercise their First Amendment right to pray in a public park. And though she has a right to opine that Muslims have been brainwashed, she didn't come across as a religious scholar when she ranted: "You are very deceived by Satan. Your mind has been taken over -- brainwashed -- and you have nothing but hate."

Albeshari believes that Slader threw coffee at him because of his religion. In the video, however, she seems very angry at being recorded without her permission.

My take: Albeshari publicly shamed Slader for her bad public behavior. She looked like an idiot in front of the entire country. I think that's ample punishment. This is a state where offenders don't go to prison for long stretches for stealing a gun from someone's car. Ditto repeat drunken drivers. It's insane to use law enforcement resources to prosecute someone for an altercation in which no one was physically hurt.

Former Golden Gate University School of Law Dean Peter Keane saw the video and told me it was "clearly an assault." That's a misdemeanor. For his part, former Public Defender Jeff Brown doesn't think you can prove battery. People get angry when they are videotaped against their will. Not every overreaction should make it before a bench. If Brown held a prayer vigil in a public park and someone told him his church is oppressive, then he would have to realize that "when you're in a public space, you're inviting intervention."

Michael Rushford of the tough-on-crime Criminal Justice Legal Foundation has a more appropriate punishment for Slader: "She should get a severe scolding." Keane, Brown and Rushford agreed that this case seems ripe for diversion. Keane suggested probation, wiped clean with no re-offense in two years. Rushford suggested an anger management class. He added, "The state's lousy with those kinds of programs."

Albeshari told me he wants people to get educated about his religion. Facebook is filled with rage from "friends" who want to throw the book at Slader and take away her job. Albeshari belongs to a generation with fingers that itch to record political incorrectness. They demand tolerance, when they could learn a lesson or two about mercy.