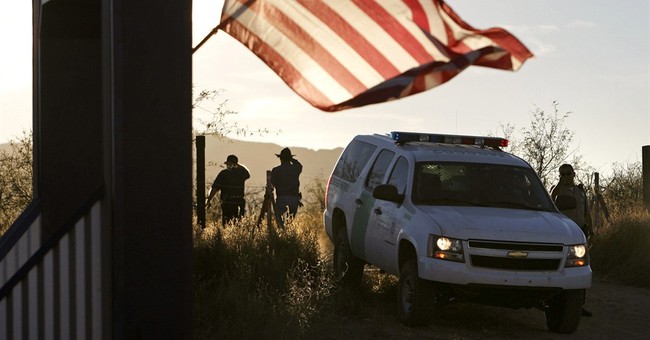 Secretary of Homeland Security Jeh Johnson, speaking in San Francisco, a town infamous for its sanctuary city policies, said last month that sanctuary city rules are "not acceptable" and "counterproductive." Where, then, does Johnson stand on the Stop Sanctuary Policies and Protect Americans Act, introduced by Sen. David Vitter, R-La., to withhold some federal grants from sanctuary cities?

Johnson cannot comment on pending legislation, U.S. Immigration and Customs Enforcement spokesman James Schwab responded in an email. Schwab added that ICE's Priority Enforcement Program "focuses enforcement resources on convicted criminals and individuals who threaten public safety and national security while also taking into account important community policing needs." Over half of some 340 sanctuary jurisdictions, Schwab added, have agreed to cooperate with ICE "in some form."

"In some form" is not exactly reassuring when some sanctuary cites defy ICE detainer requests for immigrants who are here illegally and have serious criminal records. San Francisco protects repeat offenders unless they have a violent felony conviction within seven years. Though Johnson may not take a stand on the Vitter bill, President Barack Obama threatened to veto similar legislation from the House.

I've lived in the Bay Area long enough to appreciate why San Francisco passed sanctuary city ordinances early on; the idea was to encourage undocumented immigrants to report violent and serious crimes to the police. But where is the public interest in shielding repeat offenders from well-deserved deportation?

Vitter has offered similar legislation in the past. He believes "Kate Steinle's brutal murder at the hands of an illegal immigrant" with seven felony convictions in San Francisco on July 1 adds urgency to the cause. (Juan Francisco Lopez-Sanchez, who has been charged in the murder, has pleaded not guilty. The case made national news because San Francisco Sheriff Ross Mirkarimi released Lopez-Sanchez rather than honor an ICE detainer.) On Tuesday, the U.S. Senate is scheduled to vote on the Vitter measure, which has little to no support among Democrats.

Personally, I'd rather not see the Senate pass a bill to withhold federal funds because local governments don't want to act as federal enforcers. I believe in states' right to opt out, but be honest about it. Sen. Dianne Feinstein, D-Calif., said she opposes Vitter's bill because it could apply to undocumented mothers and farmworkers and would not target "dangerous individuals." OK. Then admit that many sanctuary jurisdictions effectively protect not just undocumented immigrants with minor misdemeanors but also repeat felons, in the name of those mothers and farmworkers.

"A lot of people expect that the Democrats are going to filibuster this," Jessica Vaughan of the pro-enforcement Center for Immigration Studies noted. That is, the measure most likely will get a majority of votes but not the 60 needed to pass cloture. There's a downside to this approach, Vaughan warned. The next time an undocumented immigrant with serious felony convictions is released by a sanctuary city and hurts an innocent victim, there will be no place for Democrats to hide.