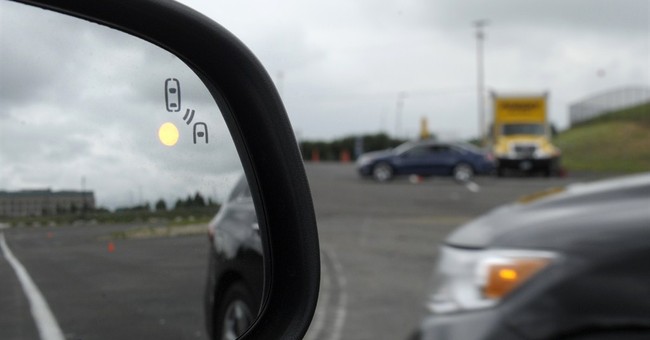 Trending
San Francisco District Attorney George Gascon charged the aunt of a 2-year-old killed by a hit-and-run driver with felony child endangerment. Loyresha Gage, 25, didn't run over her niece Mi'yana Gregory as the toddler stood alone in a crosswalk after 10:30 p.m. on Aug. 15; an unknown hit-and-run driver hit the child. Yet it is Gage who has been charged with a felony. If convicted, she faces years in prison.

I cannot be alone in my first reaction to this story. What was Gage doing taking a little girl and her twin brother to see "Teenage Mutant Ninja Turtles" on a Friday night? Her attorney, Deputy Public Defender Kevin Mitchell, told me Gage was baby-sitting the twins at the time because that's when her sister (their mother) worked.

Gage has pleaded not guilty. Though the driver may be culpable, Mitchell told me, as far as Gage's role is concerned, it "was an accident, not a crime."

As the three left the theater, police say, Gage was on the phone chatting with a friend about getting together later that night. That would mean that she could not hold both children's hands while navigating bustling Mission Street -- a foolhardy choice. When she decided to cross the street, police say, Gage didn't hit the "walk" button. If true, another foolhardy choice. Gage crossed against the light, talking on the phone, holding the little girl's hand. When she realized her nephew was on the sidewalk, Gage, still talking on the phone, turned around to get him and left the little girl alone in the crosswalk. The oncoming cars had a green light.

That's when a late-model white sedan hit the child and kept on going. To date, authorities have identified neither the car nor the driver.

Part of me wants to rip into Gage's stupid choices; she took toddlers downtown late on a busy Friday night. She apparently didn't think that maybe she shouldn't talk on the phone while overseeing two small children who could sprint into harm's way in a blink. Then she crossed against the light with a little kid. And then there's that awful moment when Gage pivoted to get her nephew on the sidewalk and left her niece in the middle of Mission Street. What was she thinking? She probably wasn't.

Another part of me realizes that I wasn't so smart about all the things that can go wrong when I was 25. And even now, at 59, I can make a stupid move in a split second.

It's heartbreaking that Mi'yana Gregory will never have the chance to do half the stupid things I've done in my day.

Gage has no criminal convictions. She has no known history of child endangerment or neglect. Even helicopter parents sometimes make a mistake.

Would I look at this differently if a two-parent family left a kid in the crosswalk after taking their twins to the "Nutcracker" ballet on a Friday night? I probably would.

I called former San Francisco Public Defender Jeff Brown to get his take on the prosecution. "The point of the law is to put people on notice that they have to be very careful when they're handling small children in a place like San Francisco," Brown, now a doting grandfather, told me. "That doesn't sound like a public defender, does it?"

"Criminal sanctions are ways of creating a deterrent to bad behavior or to negligent behavior," Brown continued. And: "You do conform your conduct when you know the laws will be enforced."

That's why I think this prosecution goes too far, I told Gascon's spokesman, Alex Bastian. His reply:

Well said, and I do not. A 2-year-old boy has lost his sister, a mother her child, a father his daughter and an aunt her niece. Gage was thoughtless. And she'll have a lifetime to regret that night. That is her punishment, and it is no bargain.

I don't see the deterrent effect in putting this woman behind bars. Do parents make sure they haven't left the baby in the back seat of their cars to avoid a criminal prosecution? No. They check the back seat because they don't want to be the hapless parents who, after a moment's forgetfulness, discover in horror that they have failed to protect their child.