Surge to the Border -- Crisis or Reunion? 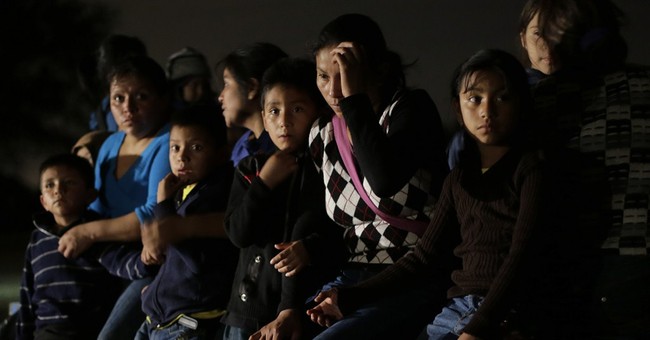 Trending
Why isn't Mexico doing more to deter unaccompanied minors from Central America from traversing Mexico to cross the U.S.-Mexico border? If this is a humanitarian crisis, then shouldn't Mexico be taking in its neighbors?

Mexico's secretary of foreign affairs, Jose Antonio Meade, met with the San Francisco Chronicle editorial board Tuesday, so I had a chance to ask him. His answer was instructive: Mexico offers health services for migrants passing through the country, he said, but when Mexican officials "find an unaccompanied minor within Mexico, he doesn't want to stay in Mexico." And: "At the core of the child's interest is a reunification process. And the family of the child is not in Mexico. It's either in the U.S. or back in Central America."

Meade rightly cited violence in Central America as a spur to the surge in migration. A recent United Nations report found a rate of 90 murders per 100,000 residents in Honduras, compared with 15 per 100,000 in Mexico. But also, said Meade, "there are probably some that are trying to take advantage of what they perceive incorrectly as a possibility to stay in the U.S., to find better opportunities."

Incorrectly? I don't think so. Since Oct. 1, 2013, the Department of Homeland Security has referred 52,591 children to the federal Unaccompanied Alien Children program. According to spokesman Kenneth Wolfe, 96 percent have been placed with sponsors, more than half with their parents.

Ruben Zamora, El Salvador's envoy to the United States, told a recent Inter-American Dialogue panel that the surge of children to the border is a sign of upward mobility for new migrants. "The father or mother has special status in the U.S., but they left their child in El Salvador. Now they have the capacity to have the kids live with them in their own home. What father wouldn't ask for his own child?" said Zamora, according to Costa Rica's Tico Times. "The upward mobility of our community has created the conditions for that phenomenon."

That tells you that children are crossing Mexico not simply to escape violence at home but also and perhaps mainly to be reunited with family in the United States. A U.N. survey of migrant children from Honduras found that 44 percent said they were fleeing crime, whereas 82 percent sought family or opportunity.

Jessica Vaughan of the anti-illegal immigration Center for Immigration Studies told me, "I understand that it is terrible in Guatemala City. Anyone would take the opportunity to move to the United States if they knew that they could do it and wouldn't be sent home." Vaughan argues that Central American families have other options -- moving to more peaceful areas in their home countries, for example. But the current "catch and release" system at the border "is a magnet for illegal immigration."

When Rep. Eric Swalwell, D-Calif., visited the border, he saw the surge as a humanitarian crisis fueled by a "misconception" -- perpetuated by human smugglers -- that border children can stay in the U.S.

Swalwell's right about the crime and this country's responsibility to offer a haven to those who truly need it. But he's wrong about the "misconception." The families of these children aren't stupid. They know that most of their children will stay. And as long as that's the case, the children will keep coming.