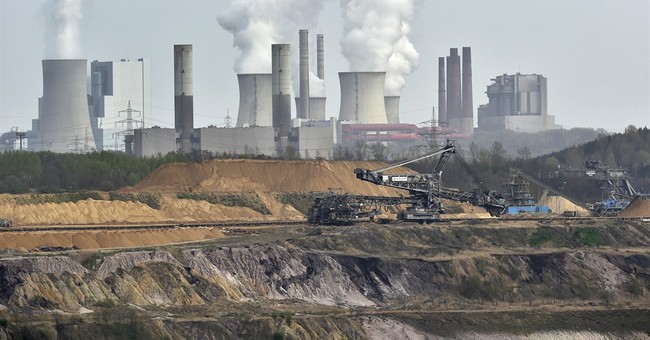 A group called Fossil Free UC wants regents to divest the University of California's endowment fund of all fossil fuel holdings. "As one of the leading public institutions in the world, we have the privilege and the responsibility to take action where we can influence change," Fossil Free UC explains on its website.

This is the global-warming movement at its most honest. Its goal is not change, which requires sacrifice in a plugged-in age; its goal is to "influence change" -- to wit, wag a finger at others and demand they do something symbolic and politically correct.

What better target than academics? When accused of not being sufficiently liberal, their reflex is to apologize and submit. Thus, it is refreshing that UC President Janet Napolitano told the Daily Bruin, "Using divestment as a tool is something that should be done rarely, if at all."

UC divestment helped end apartheid in South Africa. In 2006, I supported calls for UC to dump holdings in Sudan to end the slaughter in Darfur by isolating those responsible for human rights atrocities.

But there is no way to isolate oil and gas. Every Californian uses energy -- to get to work, to work, to communicate and to recreate. Deny UC the ability to invest in fossil fuels and it won't put a dent in energy use or investment.

That's why Harvard University said no. Harvard President Drew Faust explained, "I ... find a troubling inconsistency in the notion that, as an investor, we should boycott a whole class of companies at the same time that, as individuals and as a community, we are extensively relying on those companies' products and services for so much of what we do every day."

And: "We're not out to isolate the industry in the sense that we're trying to impact their share value or even reduce their capital. They're too big to do that. The point of the campaign is ultimately to stigmatize the industry." In other words, it's all politics.

Like Bruck, local hedge fund billionaire and vocal Keystone XL pipeline opponent Tom Steyer frames divestment as a "moral issue." Steyer pushed for divestment at Stanford University, where he is a trustee, even though he made his fortune investing in, among other industries, the energy sector.

The New York Times reported this month that the Farallon Capital Management fund that Steyer managed until 2012 invested in Australian and Indonesian coal mines that increased their annual production by about 70 million tons -- "more than the amount of coal consumed annually by Britain." Others have reported on Farallon's stake in tar sands oil.

In June, Steyer wrote on the blog of NextGen Climate, which he founded, that though climate change had not always been on his radar, he came to believe he could no longer invest in fossil fuels. NextGen spokeswoman Suzanne Henkels extolled Steyer for stepping down from his business in 2012 and making "a commitment to dedicate himself full time to take action on what he feels is the defining issue for the next generation." He "has committed to giving away the bulk of his financial blessings to philanthropy and public interest causes," she said.

Another take would be that having amassed a fortune, Steyer can afford to moralize about how student endowments should invest. Now he's using that fortune to peddle influence.

Environmentalists were quick to forgive Steyer, who has pledged to spend $100 million this year to help elect like-minded Democrats. Activist Bill McKibben wrote, "If, as the Times puts it, Steyer is 'shadowed by coal,' so are the rest of us."

I am a global warming skeptic, which makes me a natural critic of Fossil Free UC's goals. Even so, I know that coal is a dirty fuel. So yes, I would expect a big-talking Democratic donor to refrain from lending tens of millions of dollars to coal companies likely to step up production in order to pay off loans. Though I agree with McKibben that everyone with standards is a hypocrite about something, I am "gobsmacked" -- as one Australian environmentalist put it -- at the cynicism of the Steyer disinvestment model.

Though Steyer pulled out of Farallon, his deals will be pumping out carbon for decades to come. He took 18 months to divest from fossil fuels; he was careful with his assets. Now Steyer and like-minded environmentalists are browbeating universities into forsaking the same opportunities for nice returns on investment -- for a gesture that won't do anything to reduce global warming.