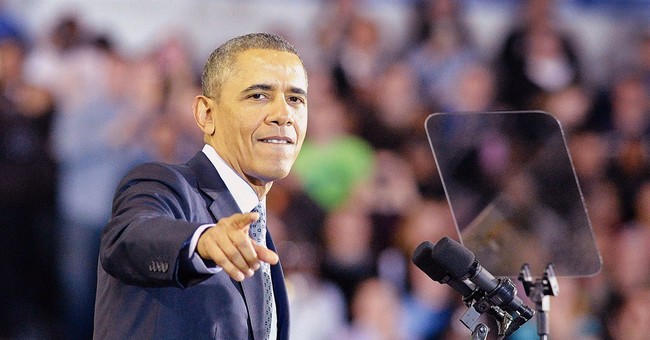 "It is time to give America a raise," President Barack Obama proclaimed in support of his proposal to raise the federal minimum wage from $7.25 an hour to $10.10 by 2016.

Many Republicans in Washington oppose the Democrats' proposed wage hike of nearly 40 percent. Former Republican candidate for governor of California Ron Unz, however, thinks D.C. Republicans should give the proposal serious consideration.

Unz is working to get a measure on the ballot to raise California's minimum wage to $12 an hour. Unz told me the smart move for Washington Republicans would be to support Obama's proposal to raise the minimum wage but oppose the president's plan to expand the earned income tax credit.

Unz has a consistent theme: Conservatives should support laws that make work pay and pay more than welfare.

The Congressional Budget Office estimates that a $10.10 minimum wage would result in the loss of 500,000 jobs, but it also would increase the take-home pay of 16.5 million workers and lift 900,000 above the poverty level. "The savings in government social welfare payments would be enormous," quoth Unz.

Republicans have used the CBO prediction of a half-million lost jobs to hammer Democrats. There is no free lunch. Some low-wage workers won't find jobs, and the cost of goods will increase to pay for higher wages.

Unz is very aware of how government mandates can hinder job creation. He sees Obamacare, for example, as a "disaster" that has driven up the cost of hiring people. The cost of Obamacare, he told me, doesn't go into workers' pockets, whereas "the benefit of raising the minimum wage is that the dollars go to the workers."

Irwin Stelzer of the Hudson Institute recently made a conservative case for a higher minimum wage in The Weekly Standard. A raise to $10.10, he wrote, would raise pay by almost $5,000 per year for someone who works a 30-hour week. "Surely a policy that increases both aggregate incomes and the gap between the value of work" and what Americans can pocket without working, Stelzer wrote, "is worth another look."

Given the high unemployment rate among Americans younger than 25, Stelzer told me, Washington should want a wage that creates "a greater incentive to go to work."

One way to look at the status quo is that the government has provided benefits that allow employers to underpay their workers.

Unz wrote in an email that the CBO predicts 98 percent of workers will retain their low-wage jobs and that that demonstrates "that their economic value to their employer was vastly greater than their current rate of pay."

"When 98 percent of workers are paid below their true economic value, any assumptions of a truly efficient market in labor are absurd," Unz wrote, "and the rectifying impact of a higher minimum wage becomes absolutely justified."

At the very least, a higher minimum wage would reward Americans for working. And that's a good thing.