Liberal Plutocrats and Their Personal Campaigns 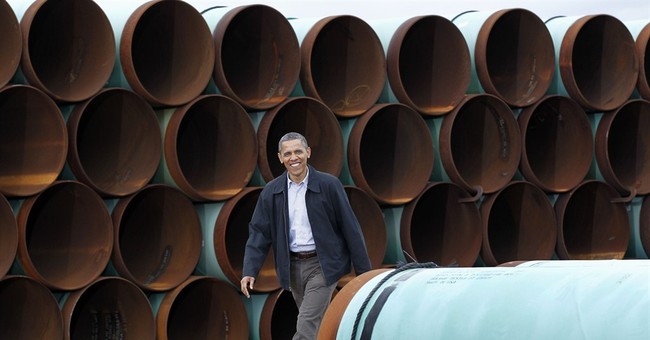 Let the reader beware. At a recent confab at a billionaire's ranch, an elite gathering of business titans agreed to spend $100 million -- thanks to legal loopholes that allow them to skirt federal campaign contribution limits -- to elect like-minded politicians who will help them halt the wheels of government, move their party further from the political center and thwart the will of the American people.

Billionaire Tom Steyer invited fellow liberal plutocrats to his Pescadero, Calif., ranch, where he challenged them to produce $50 million -- to match $50 million he has pledged -- to help elect politicians who share their views on climate change. Brother Jim told The New Yorker that the brothers Steyer want to be the Koch brothers of the left. Tom Steyer nixed that notion, saying: "We think we're representing the vast bulk of citizens of the United States. We're not representing our pockets."

Surely, Steyer knows that is not true. He has devoted millions to help Democrats defeat GOP "deniers" of climate change and to discourage White House approval of the Keystone XL pipeline, a key battleground in the fight over global warming. Recent Pew Research Center polls found that 65 percent of Americans support approval of Keystone, whereas only 30 percent oppose it; voters rated global warming as the 19th-most important national priority out of 20.

Some Democrats are seeing the light. MSNBC's Ed Schultz recently came out for the pipeline. "News flash," he said, "we're not getting out of the oil business in America." Former Obama Interior Secretary Ken Salazar told The Associated Press that Keystone is a "win-win." The AFL-CIO wants the jobs.

On Sunday, Hearst energy reporter Jennifer A. Dlouhy wrote about environmentalists' concerns that Keystone became "a sideshow," as Breakthrough Institute analyst Alex Trembath put it. He added, "The idea that we're really going to transition off petroleum by blocking one pipeline from Canada to the United States is just ludicrous."

Matt Dempsey, a spokesman for the pro-Keystone Oil Sands Fact Check, says he is baffled that Steyer has chosen to fight "over something symbolic" that won't really have an impact on climate change.

Steyer's political handler, Chris Lehane, argues that it's wrong to call Steyer a plutocrat, because his advocacy works against his economic interests. Excuse me, but in California, giving millions to anti-Keystone Democrats is not exactly speaking truth to power.

When gazillionaires dump big money into GOP races, good-government types lament the role of big money in politics. Think Meg Whitman. When they move a party from the middle to the fringes, cooler heads note that it's bad for the party. Think Rick Santorum donor Foster Friess. When ideologues jeopardize their party in a sideshow that won't achieve their objective, well, think Ted Cruz.