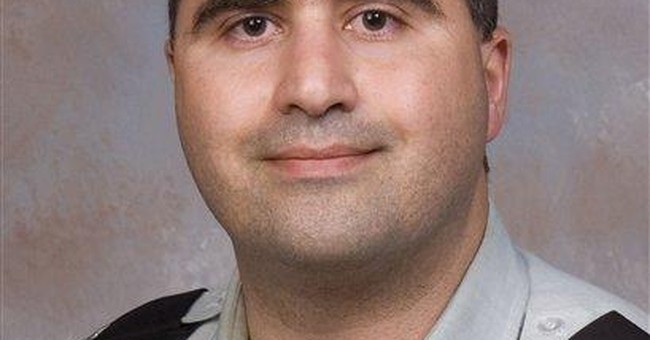 When he was in his residency, studying psychiatry at Walter Reed Army Medical Center from 2003 to 2009, Nidal Hasan gave a lecture in which he defended Osama bin Laden, justified suicide bombers and suggested that Muslim Americans in the military -- like him -- could be prone to fratricidal attacks against fellow troops.

He was "a chronic poor performer," who often failed to show up for work and was often on probation. His program director considered him "very lazy" and "a religious fanatic."

His superiors described the first draft of a presentation needed to complete his residency as "not scientific," "not scholarly" -- but a rehash of Quranic verses with no mention of a single medical or psychiatric term. Another presentation -- in which he charged that U.S. operations abroad were part of a war against Islam -- so angered his colleagues that an instructor stopped the speech. And yet the Army consistently gave Hasan positive evaluations and promoted him to major in 2009.

Hasan awaits trial in the wake of the 2009 Fort Hood shootings that left 13 dead and 32 wounded in the worst terrorist attack on American soil since Sept. 11, 2001.

The Senate report also slams the FBI for failing to interview military superiors and colleagues when intelligence revealed that Hasan had been in touch with Yemeni cleric Anwar al-Awlaki. Sadly, the committee found, the Defense Department and the FBI "collectively had sufficient information to have detected Hasan's radicalization to violent Islamist extremism but failed to understand and act on it."

By the way, the emphasis of the report is not to marginalize Muslims, but to alert the military to the signs that an officer was radicalizing. The right policies, the report notes, will protect "the thousands of Muslim Americans who serve honorably in the military from unwarranted suspicion arising from their religious practice."

Unfortunately, the report found that military culture was -- and I would add, is -- unprepared to take on the challenge. The fear of being accused of anti-Muslim discrimination, bureaucratic lethargy and even the Army's insistence on keeping a poor candidate in a fellowship program rather than lose the slot, all worked to shield an officer whom an instructor and colleague branded a "ticking time bomb."

Political correctness clearly reigns in the military after this bloody lesson. Last year, the Pentagon released a report, "Protecting the Force: Lessons from Fort Hood," which never once referred to Islamist extremism. The report instead concentrated on workplace violence, even touting the U.S. Postal Service's program to end workplace violence as the sort of program that could prevent another attack.

Army Secretary Togo West explained, "Our concern is with actions and effects, not necessarily with motivations."

In short, the Pentagon's reaction was to hail the opposite of intelligence.