Too Big To Vote? 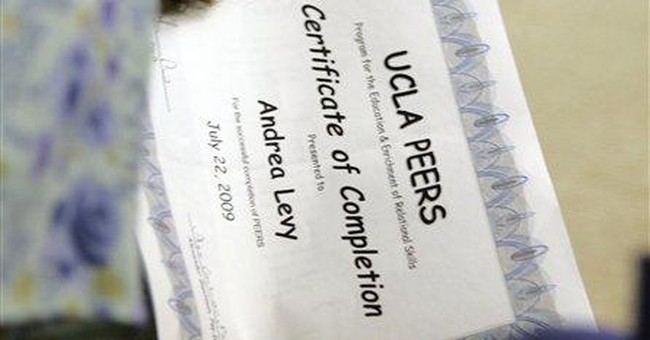 How do you run for California's top political offices when you often have failed to vote yourself and have no political experience?

Some big names in the GOP have rallied behind former Hewlett-Packard CEO Carly Fiorina as she eyes a run against Democratic Sen. Barbara Boxer and former eBay CEO Meg Whitman as she prepares to run for governor. They see attractive candidates with high name identification, impressive personal resumes and deep pockets.

But both former CEOs have a boardroom-sized problem: They have shoddy voting records. Fiorina has voted in about one in four elections since she registered as a Republican in Santa Clara County in 2000. Fiorina didn't vote in the 2000 and 2004 presidential primary elections. Fiorina didn't vote in 2006 primary and general elections, a mere three years ago. Neither former CEO voted in the 2003 recall election. Whitman didn't register to vote in California until 2002; since then, she has not voted in more than half of the federal, state and local elections.

Whitman didn't even register as a Republican until 2007. "If a soldier posted in Iraq or Afghanistan can bother to get an absentee ballot, how can some super-wealthy person neglect to do that?" asked Democratic consultant Garry South, who is advising EssEff mayor and gubernatorial wannabe Gavin Newsom.

Whitman spokeswoman Sarah Pompei told me, "Meg makes no excuses, and she should have made the time to vote in the past."

Speaking for Fiorina, adviser Beth Miller explained, "She thinks it's wrong not to vote and she regrets not voting." But will saying they're sorry be enough? When South worked for Gray Davis in 1998, he found that focus groups turned on rich-guy Democratic rival Al Checchi when they learned he failed to vote in the 1994 governor's race. For voters, South said, Checchi's failure to vote was "a deal breaker."

And voters pick up on these candidates' sense of entitlement, South continued. "It's not just that they (the candidates) don't think about it. It's not that they forget, but they think they are operating at such a high level that actually going to cast a ballot" seems beneath them. "Voters can smell that attitude."

There are Republicans with better voting records interested in these seats -- Insurance Commissioner Steve Poizner and former state finance director and Rep. Tom Campbell have begun to campaign for governor -- but former Gov. Pete Wilson and Sen. John McCain of Arizona are backing Whitman.

They're going for the sizzle, not the fizzle. As supporters tell me, Californians know who Fiorina and Whitman are. For Poizner, Campbell and DeVore -- it's an uphill climb.

Hoover Institution research fellow Bill Whalen wonders if the unfab three Repubs can raise the money to win in November. The GOP has long considered Boxer beatable but lucky in facing under-funded opponents. In 2004, when Boxer outspent the button-down former Secretary of State Bill Jones two to one, she fared better than the Democratic presidential nominee and Jones fared worse than the top of the GOP ticket, George W. Bush.

Besides, Arnold Schwarzenegger failed to vote in five of the 11 elections before the 2003 gubernatorial recall -- and voters didn't seem to care.

DeVore believes that Cornyn and other GOP biggies are drawn to Fiorina because, as "a telegenic self-funder," she's like an Instant Candidate -- "you just add water." He also sees the influence of "consultative mercenaries" who "create their own candidates" with big checkbooks, then "turn around and work for them."

Oddly, it's the old-hands' campaigns that are arguing that the outsider formula may not work in 2010 -- even in the GOP. Poizner spokesman Jarrod Agen put it this way: "Republicans have seen in recent history someone coming into office with celebrity status, no public experience and disregarding many of the principles of the Republican Party." This go-round, they may not want a rookie.

Pompei argues that Whitman has the best experience -- "creating jobs" as she ushered eBay from a startup to an international institution.

Miller spoke of Fiorina's impressive rise from secretary to CEO. Fiorina, she argued, could bring "a fresh approach, should she decide to run" for the Senate.

It also does not hurt that Whitman and Fiorina are more likely to attract moderate female voters to the GOP. But they'll have to face a hurdle of their own making. As DeVore asked of Fiorina, "Is she going to get out there and aggressively ask voters for their vote?"