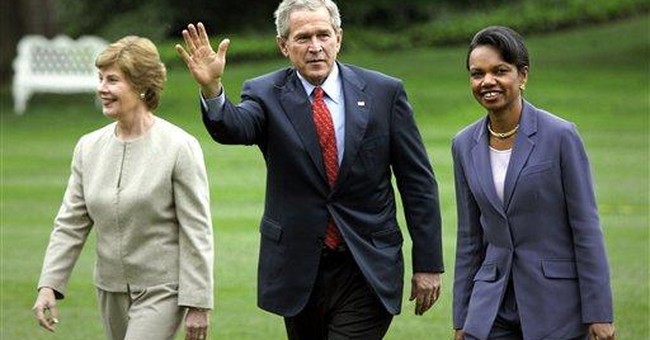 If President Bush had been looking for a textbook case of a federal offender who should never win a presidential pardon, Isaac R. Toussie would fit the bill. Toussie is the sort of amoral swell who contributed to the 2008 mortgage meltdown. In 2001, he pleaded guilty to making false statements to the Department of Housing and Urban Development. In 2002 he pleaded guilty to mail fraud in a scam to get Suffolk County, N.Y., to overpay for land.

The New York Times noted, "The name of Isaac Toussie is detested by many working-class people in the New York metropolitan area. In 2001, several hundred of them sued in Federal District Court, accusing Mr. Toussie and his father of masterminding a scheme in which inexperienced or first-time buyers were promised affordable and comfortable suburban houses but instead were sold shoddily built homes in poor neighborhoods and saddled by mortgage payments that shot up surprisingly." According to Newsday, a pardon would clear the way for Toussie -- who already served his five-month prison sentence -- to win back his real estate license.

And the fact that Toussie's father recently and uncharacteristically donated $28,500 to the Republican National Committee would taint any presidential pardon with a pay-to-play stench.

Yet on Dec. 23, as Bush was working on exiting the White House on a high note, came the pardon that never should have happened. It was then followed by a Dec. 24 announcement by Press Secretary Dana Perino that Bush was rescinding Toussie's pardon "based on information that has subsequently come to light."

Credit Bush for taking back a bad executive decision, although some experts assert that cannot be done. If Bush had done nothing, the Toussie story likely would have been buried among stories on retail sales slumps, violence in Gaza and the latest proofs of President-elect Barack Obama's impressive physique.

Perino's statement explained that Bush granted the pardon based on the advice of the White House counsel, Fred Fielding. She also told reporters Fielding was unaware of any GOP contributions. Talk about shoddy staff work.

And you have to wonder if Fielding would have done the necessary homework if Toussie's lawyer had not been Bradford A. Berenson, a former Bush associate White House counsel.

My fear is that the negative fallout from the Toussie story will prompt Bush to issue fewer pardons and commutations. Bush has been too stingy with this power, even as the foolish inflexibility of federal mandatory minimum sentences has created many worthy recipients. Among them: Clarence Aaron, who is serving a life-without-parole sentence for a first-time nonviolent drug offense. Add Ignacio Ramos and Jose Compean, two Border Patrol agents sentenced to 11 years and 12 years respectively for shooting and wounding a fleeing drug smuggler in 2005 and covering up the incident.

What's the difference between Aaron, Ramos and Compean and the individuals who rated a Bush pardon or commutation? My guys aren't well connected, but they also were not career criminals. Aaron was a college student who made a serious criminal decision -- and deserved to serve some prison time. Ramos and Compean covered up the questionable shooting of a fleeing drug smuggler. Yes, juries found all three men guilty, but juries had no input into their draconian sentences.

Only the president of the United States has the power to right the wrongness of their sentences. Only Bush can bring justice -- for in these cases, a commutation would not bring mercy but justice -- to men who have known mindless punishment without leavening proportion.

The outrage is not simply that a well-connected white white-collar criminal won a pardon. It also would be an outrage if Bush failed to do right by Aaron, an unconnected African-American man serving life for a first-time nonviolent offense, and two Latino Border Patrol agents who, if they did break the law, did so in the heat of the chase, not the cool of a boardroom.