Diary of a Mad Columnist 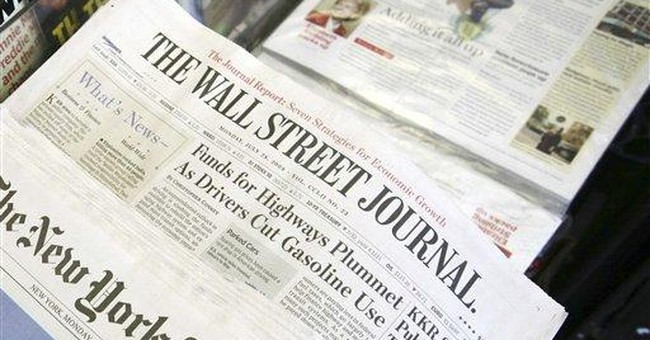 Not for the first time, The Chronicle is offering buyouts to a large number of workers -- at least 125 people for a paper that employs around 1,680 souls. Other industries have been through this drill, too. Longtime staff members weigh whether they can keep careers in an ailing, perhaps dying, industry.

I've seen some excellent professionals walk out these doors. It's heartbreaking, even though we don't yet now how many staff reductions might affect the gathering of news.

Now I gird myself for the next wave of woe -- as radio talk show hosts and other critics crow, as they do whenever newspapers buy out workers or suffer sharp circulation declines. And there will be e-mails from fans of my column, who are exultant at the decline of newspapers. Do they understand that if this keeps up, then I may not be around to write the columns they like, not to mention respond to their e-mails?

Apparently not, as many volunteer the information that they no longer buy a newspaper -- and are proud of that fact.

Conservatives like to think that newspapers are hurting because the liberal views they present have driven away readers. They aren't aware of liberals who believe newspapers are hurting because the news media are too corporate or too conservative. And then there's the laptop generation, whose members believe newspapers deserve to fail because they are, well, dinosaurs, in a technologically driven world. And didn't CDs give way to iPods? Why not dispense with paper editions -- they chime -- and publish online only? A brilliant idea, if you're looking for an even faster way for papers to lose money and shrink further. Online advertising revenues, while growing, still are but a fraction of print advertising revenues, even today.

Paperless is great -- if you want a two-story front page that doesn't break news, but only follows it. If America goes on a diet of free news only, eventually readers will get what they paid for -- nothing.

Sure, newspaper publishers haven't helped by giving away their product online -- except in their defense, to not do so is to hand the online market (and its revenue) to a rival with a robust Internet presence. But no news medium that depends on ad revenues to sustain its newsgathering efforts can compete with free ads.

The industry's problems, of course, lend credibility to the views of people who gleefully root for newspapers to fail. I've met smart people who vote who happily announce that they are too busy to read a newspaper. The problem is, they don't know what they don't know.

Some believe that if newspapers go under, then the Internet will provide.

In the case of conservatives, they often don't notice that those right-leaning sites, which they visit daily, provide them with fodder by linking to stories reported and written by newspaper reporters. While they are trashing newspapers, they're reading newspaper stories and citing them to bolster their arguments. They may not notice if, over time, as newspapers downsize and even close, websites will be linking to fewer reliable news reports.

And if they don't buy a paper, they won't see that a media, which at times got too rough with President Bush and the Republican Congress, can be just as tough on House Speaker Nancy Pelosi and Senate Democratic Leader Harry Reid. And when you only get your news from co-believers, as many of the left and right try to do, you miss things you need to know.

Conservatives rooting for newspapers' demise should be careful what they wish for. Yes, fewer reporters mean fewer biased stories about lesbian immigrants fighting an unsympathetic establishment. But there also won't be as many stories about sanctuary city policies gone bad, the latest zany law out of San Francisco City Hall or the growing bite that public employee pension systems are taking out of city and county services. They don't understand that Fox News and talk radio aren't going to report on stories that require local beat reporting and time-consuming and expensive investigation.

And there won't be as many nonideological stories -- about crimes or zoning or state spending -- until what was once a solvable problem festers, unreported, into a front-page disaster.

By then, there may not be a front page.