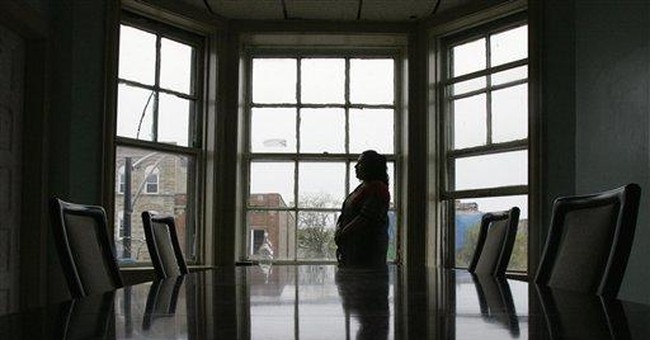 San Francisco's "sanctuary city" policy -- as it was implemented until recently -- put the welfare of juvenile gang-bangers and drug dealers, who also were illegal immigrants, before the safety of law-abiding residents who are victimized by gangs and thugs.

As the Chronicle reported Sunday in a story by Jaxon Van Derbeken, one beneficiary of that policy is Edwin Ramos, 21, who is charged with killing Tony Bologna, 48, and his sons Michael, 20, and Matthew, 16, in a spectacularly senseless shooting spree on June 22. If Ramos is guilty, San Francisco political correctness and a federal immigration screw-up may have blown a hole in a once happy family.

In 2003, Ramos and friends assaulted a man on a city bus. He was charged with assault, convicted and placed in a shelter. City officials never alerted federal immigration authorities who, because of the felony conviction, should have deported him.

In 2004, four days after his release, Ramos tried to rob a pregnant woman. He later was arrested, convicted and sent to a city-run camp. City officials never alerted federal immigration authorities who, because of the second felony conviction, should have deported him.

In March, San Francisco police pulled Ramos over because his car had illegally tinted windows and no front license plate. Someone in the car fled and tried to throw away a gun, which forensics later tied to a double murder. Ramos was arrested, but the office of District Attorney Kamala Harris failed to prosecute him.

After Ramos was arrested, however, the sheriff's department checked Ramos' immigration status -- it was deportable -- and notified Immigration and Customs Enforcement (ICE) officials of Ramos, and this time ICE dropped the ball and failed to hold and deport Ramos.

What went wrong? Whatever the sanctuary city policy was intended to do when first adopted in 1989, the concept started as a way of letting otherwise law-abiding residents know that they could report crimes to police, send their children to school and see a doctor -- without fear that local authorities would turn them into federal authorities.

At some point -- Juvenile Probation Director William Siffermann says that it happened before Mayor Gavin Newsom appointed him in 2005 -- Juvenile Probation staff decided that the sanctuary city policy commanded them to shield juveniles convicted of serious offenses, like assault and drug dealing, from federal immigration officials.

It was only a matter of time before gang members, including foreign-based drug cartels, figured it out -- that no matter what they did in San Francisco, no matter how serious the offense, they need not fear deportation. They knew that The Special City's special politics would shield them.

Violent repeat offenders were getting an easy ride. In Ess Eff, that was business as usual.

Newsom spokesman Nathan Ballard believes Newsom should get credit for putting an end to Juvenile Probation Department policy as soon as he found out about it in May. It's true, Newsom showed more sense than the geniuses who saw no better use of city funds than to fly convicted drug dealers to their home countries -- rather than turn them in to ICE.

But it's hard to give Newsom kudos for not knowing what some San Francisco cops knew: that some drug rings had figured out a way to game the city's juvenile justice system.

Shouldn't the mayor have known? I asked former San Jose Police Chief Joseph McNamara, now a fellow at the Hoover Institution. Yes, he said, "the mayor runs the police department."

And: "It's just incredible to think they were spending all that money to help criminals evade being deported." And McNamara has no kind words for federal officials who were too busy to hold Ramos when they had the chance. For a year now, the folks at ICE have been telling me that recent arrests have been the result of concerted targeting of the worst offenders. Yet Ramos wasn't bad enough for them?

"What we're being beat up on is not fair in a sense," Ballard said. "The city did not give Ramos sanctuary. He was turned over to the federal authorities." ICE officials now say that they did not receive word from the sheriff's department until after Ramos was released.

I guess Ballard wants critics to forget the two times Ess Eff's sanctuary-city policy shielded Ramos and instead direct their ire toward the feds. The feds, you see, may (or may not have) screwed up and done by default what city workers, until May, had been doing on purpose.