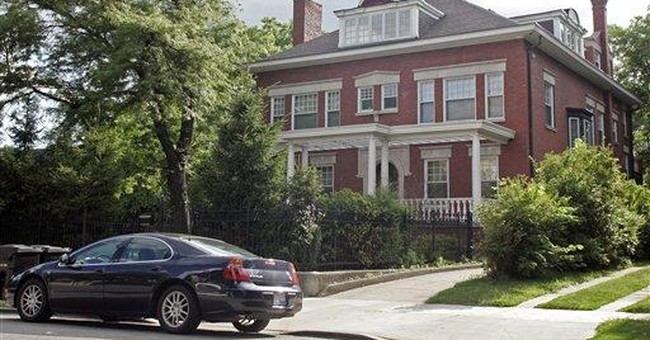 A San Francisco couple earning $205,000 informed me they "shouldn't be considered anything but working middle class." A $215,000 couple told me, "Families making $200,000 a year are not rich. They're not even close to rich." A San Francisco lawyer explained that a $200,000 salary cannot make one rich because, "A 'rich' person does not need to work." Like Bruce Wayne.

I live in the Bay Area. I know how expensive it is. I also think a country that has supersized everything from popcorn to sport utility vehicles can add a new jumbo-scale item to the list -- supersized rich. Being simply rich is not enough.

Last year, the California Budget Project calculated the earnings which a two-worker family with two children must earn in the Bay Area to be middle class -- that is, to make enough money to provide a safe home and "make ends meet without help from public programs." The magic number: $77,076 -- less if the family does not have to buy its own health care or pay for child care.

So I called CBP's Jean Ross to ask her if she thinks $200,000-plus makes a Bay Area family rich. "I would certainly describe that as the nation's highest income earners," Ross answered.

But would she call it rich? She demurred. Until finally I asked, is there anyone you would call rich? "Bill Gates, certainly." You would think that "rich" is a slur -- Goddess forbid people think you earn a lot of money. Sure, they're earning more than 97 percent of Americans, but they cannot be rich because they own older cars, or they don't travel abroad, or they only are saving for their kids' college and retirement.

They see only what other people have and they do not have. They do not see what they have, but others do not. They apparently do not notice the people with whom they work every day who live on less. They are not chastened by sfgate.com commenters who were appalled that anyone would complain that he could not buy a home or put aside any savings on a measly $200,000-plus a year.

The purpose of Sunday's column was to address the craven pledges made by Hillary Clinton and Barack Obama not to raise taxes on the middle class. Clinton promised not to raise "a single tax on middle-class Americans, people making less than $250,000 a year." Obama made a similar pledge for incomes up to between $200,000 and $250,000.

Both Democrats promise middle-class tax cuts, a list of new spending, an end to deficit spending and they even say they will address the pending entitlement crisis -- but they will only raise income taxes on the top 3 percent of earners in America.

Now, if top earners want to argue that they pay so much that they should not have to shoulder all new spending, I am on board. After all, if the Democrats' programs are so important, they ought to be important enough that everyone pays for them.

But do not cry poor. It looks bad to the other 97 percent.