GOP Can Prove It's Worthy of Majority by Stopping ExIm 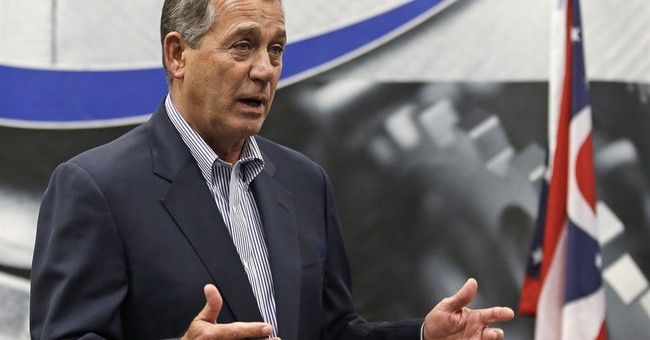 Utah Republican Sen. Mike Lee recently wrote a provocative piece in National Review denouncing the “crony capitalism” so rampant in the Obama Administration and cheering efforts by Republicans to combat it. Sen. Lee hails the “Right’s resistance to corporatism” as “a welcome development,” and sets up the fight against “cronyist policies” as one that could come to define the modern Republican Party.

A GOP arrayed against corporate special interests, according to Lee, “could not only unify and excite conservatives, but appeal to hardworking families in the purple and blue communities that President Obama’s special-interest favoritism is leaving behind.” As a test case for this strategy, Lee specifically encourages his fellow Republicans in Congress to take action this summer when the Export-Import Bank comes up for reauthorization.

Sen. Lee has the right idea, but the Export-Import Bank is much more than an easy political punching bag for Republicans. The subsidies that the Bank provides to foreign companies – often those which are in direct competition with American firms – are killing American jobs and causing real harm to critical industries and therefore our economy. This affects all Americans – Democrats and Republicans, liberals and conservatives alike. All politics aside, the Ex-Im Bank as it currently exists is simply bad policy and significant reforms if not outright elimination must take place.

The Export-Import Bank of the United States was created in 1934, a product of Franklin Roosevelt’s “New Deal.” Since that time, the Bank has provided billions and billions of dollars in financing for foreign companies seeking to buy American products. On its face, that’s a fairly harmless goal. The problem, however, arises when foreign companies many of which are bankrolled by governments or billionaires get cut-rate deals on domestic products, then turn right around and use that as an unfair competitive advantage against American employers.

Take, for example, the case of the aviation industry. The Ex-Im Bank has provided generous subsidies to foreign airlines to purchase American-made aircraft. The Bank provided $23 billion in such financing in 2011-12 alone. Hundreds of such aircraft purchases have been financed by the Bank at below-market rates and with unusually favorable terms. And these sweetheart deals are, according to the Bank’s own rules, available only to foreign – not domestic – companies. In the airline industry these subsidies translate to foreign carriers using American-made aircraft bought on the cheap to run U.S. airlines out of critical international routes, thereby putting jobs at risk. It’s clear here that the U.S. government is picking winners and losers – foreign airlines win and U.S. airlines lose.

Some of these problems might be mitigated if the Export-Import Bank actually lived up to its congressionally-mandated responsibilities. Congress has directed the Bank to undertake a detailed analysis of the economic impacts of their potential deals with foreign companies. If it’s found that a particular transaction will have a negative impact on American jobs, the Bank, Congress says, is supposed to scrap the deal. Of course, nothing happens if no such analysis is done. And as it happens, the Bank only performs these full adverse impact analyses for less than one percent of its transactions.

If the Ex-Im Bank is so dysfunctional that it can’t even perform the due diligence required by Congress to protect American jobs, some drastic action does need to be taken, just as Sen. Lee suggests. But this should not simply be a rallying cry for Republicans. The Ex-Im Bank has been picking winners and losers with impunity for years, with barely a token effort to assess the impacts of their actions on hardworking Americans. All Americans regardless of political affiliation can agree: this is just plain wrong.

It is time for Congress to act. The Bank must be severely and drastically cut back so that it cannot enact policies that hurt domestic employers, while at the same time giving subsidies to huge corporations that don’t need them and foreign companies resulting in the loss of American jobs. If that is not achievable, the Bank should be dismantled and private lenders must occupy the space currently held a government agency which has proven it is more interested in special-interest handouts than protecting U.S.-based businesses.