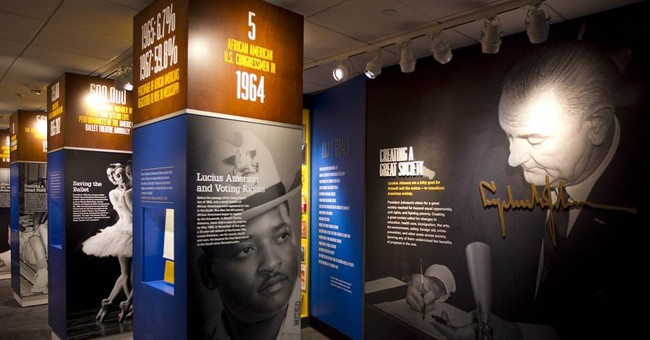 Why did one of the most politically savvy leaders ever to occupy the White House—Lyndon Baines Johnson—decide not to attend the funeral of Winston Churchill in 1965? And why didn’t he send his Vice President, Hubert Humphrey? Questions remain nearly 49 years later.

Nearly 100 world leaders are now making their way to South Africa for the state funeral of Nelson Mandela. It will be a who’s who of global power-players. It’s important for them to be there, because it’s a risky thing to miss a great man’s funeral.

President Obama invited George W. Bush and Bill Clinton, and their wives, to join him on Air Force One for the trek to Johannesburg. When Anwar Sadat was assassinated in October 1981, President Ronald Reagan’s security team strongly advised against him traveling to Egypt.

That was just a few months after Reagan was seriously wounded and barely escaped death at the hands of a would-be assassin, so the concerns were understandable. Mr. Reagan decided to play a “Presidential Hat Trick.” And the next day Jimmy Carter, Gerald Ford, and Richard Nixon boarded the presidential jet for the journey. Because Secretary of State Alexander Haig was “head” of the official delegation, he claimed the President’s Quarters for himself, leaving the three formers to make do in coach.

Churchill died at the age of 90 on January 24, 1965, after a series of debilitating strokes. His final illness became an international vigil for nearly two weeks, so there was plenty of time for world governments to prepare.

In fact, the British government had been prepared for a long time. More than ten years earlier, at the direction of Queen Elizabeth II, a plan called, “Operation Hope Not” had been developed for Winston’s eventual passing.

Lyndon Johnson was inaugurated for a full term on January 20, 1965, following his landslide electoral victory the previous November. He was at the top of his political game and riding high in the polls. But a few days later, on the night Churchill died, LBJ called seven reporters to his bedroom at the White House and told them that his doctors had advised him not to fly to London. He said: “I don’t have the bouncy feeling that I usually have.”

Presumably because “no bouncy feeling” isn’t an actual recognized disease, the “official” diagnosis was a bad cold.

He also told them that he was not sending Vice President Humphrey, but instead he would send Secretary of State Dean Rusk (who didn’t actually attend either, citing illness) and Supreme Court Chief Justice Earl Warren. Johnson also noted that former President Eisenhower was attending as a private citizen. The grand farewell for Churchill was a global media event, watched on television by more people than President Kennedy’s funeral fourteen months earlier.

The reporters at his bedside described Johnson as looking “sicker” than they had expected: “Hair disheveled, he lay in a four-poster, canopied bed speaking softly, coughing lightly from time to time and blowing his nose.”

Johnson was widely criticized—here and abroad—for his failure to make the trip. Many in the British government saw it as a slight. And in some ways it represented a minor setback in American/Anglo relations at a crucial time in the Cold War.

Some of President Johnson’s biographers take great pains to write about the man’s energy and perseverance. For example, Robert A. Caro writes in his tome, The Years of Lyndon Johnson: Master of the Senate, about how the man had regularly “refused to allow the illness to interfere” with his work habits. And how LBJ drove himself “mercilessly” even when he was supposed to be ill, with aides wondering, “how could a man have such energy if there was something seriously wrong with him?”

This description flies in the face of the image Johnson projected to the journalists that day.

A couple of weeks later, in a White House press conference, Johnson seemed to reveal a hint of thin skin when he was asked about his decisions related to Churchill’s funeral:

“I am glad to have the press reactions and the reactions abroad on the protocol involved in connection with funerals…In the light of your interest and other interests, I may have made a mistake by asking the Chief Justice to go and not asking the Vice President. I will bear in mind in connection act in accordance with our national interest.”

Soon after Johnson’s non-apology apology, someone coined the term “credibility gap” and affixed it to Lyndon Johnson. As with many things about LBJ, the truth is elusive.