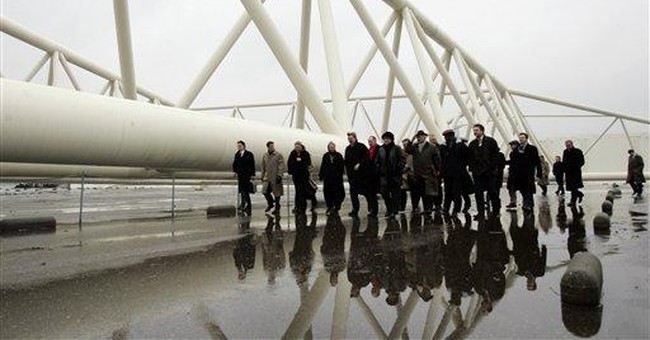 Gliders were used as a vital component of American military operations for a relatively short period of time, most notably from 1943-1945 during epic and crucial battles in World War II. Those who flew and manned these fragile crafts were among the most courageous of all those who put themselves in harm’s way. Down through the years since the war, an ever-dwindling group of these unique silent warriors have met for reunions and remembrances. Usually in the course of these gatherings someone offers a very familiar toast, “To the Glider Pilots – conceived in error, suffering a long and painful period of gestation, and finally delivered at the wrong place at the wrong time.”

Yet these men of honor made it work, scrambling to fulfill their vital missions in advance of an onslaught to come.

When it was over, and in an effort to extricate their crafts to soar another day - as well as to evacuate many wounded fighters, a maneuver known simply as “the snatch” was carried out and hazardously so. Instead of having a real runway and tow plane to get the glider airborne the usual way, the craft in the field would be flown over by a C-47 and using a hook and pole arrangement the fast passing craft would snag a towline on the grounded plane and jerk it into the air in a matter of seconds. There was no margin for error.

The other day, in the ICU of Houston’s Kindred Hospital, another snatch of sorts took place as a hero of a time long past, one who served our nation as a glider pilot during those brief and storied days, was “snatched” from his bed of affliction in a twinkling of an eye. He then soared at breakneck speed to the heavens, never to collide with this world again. His name was Curtis Goldman – those of us who knew him and counted him as a friend called him, affectionately, “Goldie.” He was 86 years old.

Goldie served as a glider pilot in the European Theater of Operations from 1944-1945 with the 99th Squadron, 441st Troup Carrier Group. He really wanted to pilot airplanes with actual motors, thinking that to be the prudent way to fly, but after he failed an eye exam someone suggested that he might try gliders – the first time he’d ever heard that word.

This was shortly after the infamous attack on Pearl Harbor and the death of the pilot-poet James Gillespie Magee a few days later. Goldie never knew Magee, but he certainly understood his famous poem, which began:

Oh! I have slipped the surly bonds of earth And danced the skies on laughter-silvered wings; Sunward I've climbed, and joined the tumbling mirth Of sun-split clouds - and done a hundred things You have not dreamed of - wheeled and soared and swung High in the sunlit silence.

There were only about 6,000 American glider pilots in World War II – all of them volunteers. Their silver wings sported the letter “G” for glider, but the men insisted that it stood for “guts.” No one ever argued with them on this point.

These brave men were part of battles in Burma, the Philippines, Sicily, Normandy, and Holland. And in an often-overlooked exercise as part of the Battle of the Bulge, they quietly and effectively airlifted supplies to the besieged soldiers holding on for dear life at a place called Bastogne in Belgium.

When Goldie talked about his days as a glider pilot, however, he would speak of Operation Varsity, part of a larger initiative designed to effectuate a massive Allied crossing of the Rhine into Germany. In March of 1945, hundreds of transport aircraft and other planes with gliders in tow left bases in England and France. They rendezvoused with others over Belgium then turned northeast toward the target areas. This airdrop armada (the largest of the war) included 1,350 gliders – one of them piloted by 22-year old Curtis Goldman.

He told the story in a book last year, and also talked about it in a YouTube video.

Following the war, and no doubt deeply influenced by his experiences, Goldie committed his life to the Christian ministry, serving for 50 years as the pastor of a church in Albuquerque, New Mexico. His work was characterized by passion, sacrifice, and a tireless effort to tell his favorite stories.

Goldie loved to take young ministers under his glider pilot wing, myself included. He was a great encouragement and help to me in my early pastoral days as I tried to find my voice leading my first congregation in West Texas. Sometimes he’d even help my young family financially.

I last saw him a few years ago in Lynchburg, Virginia, as we stood together in a very long line of those gathered to pay respects to Jerry Falwell, who had just died. Goldie was in rare form that day. “David,” he said, “Here’s what you need to be doing.” And he was off on this or that subject. Nonstop. The guy could talk. Soon, a few in the line around us began to appear a bit annoyed at the old guy sounding forth. But not me - I knew his heart, not to mention his history.

Interestingly, though – whereas he really liked to tell his war stories – the one he would always default to was the one about Jesus. He might open a conversation with his glider exploits, but he always found his way to the Christian gospel. In fact, he was doing that until his voice could speak no more and he lapsed into unconsciousness a few days ago in that Texas hospital room.

And though this glider pilot turned preacher was unable to communicate any longer with those at his bedside, he was keenly aware when the moment came for him to leave and experience the rest of Pilot Officer Magee’s famous poem:

Hov'ring there, I've chased the shouting wind along, and flung My eager craft through footless halls of air. Up, up the long delirious, burning blue, I've topped the windswept heights with easy grace Where never lark, or even eagle flew - And, while with silent lifting mind I've trod The high untresspassed sanctity of space, Put out my hand and touched the face of God. Curtis “Goldie” Goldman (February 13, 1923 – December 3, 2009) – RIP.