Conservatism and The Commonwealth 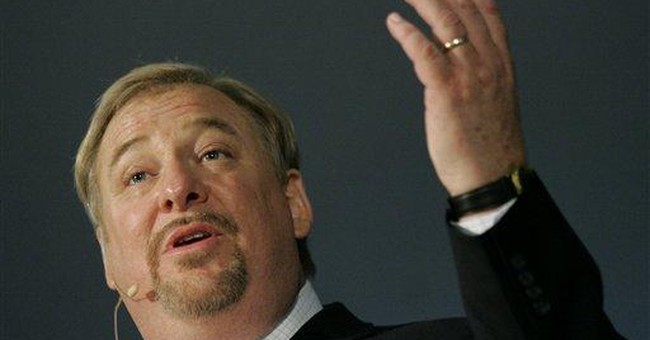 Evangelical Christian voter erosion away from the Republicans and toward the Democrats in 2008 was undoubtedly a significant factor in the election of Barack Obama.  It didn’t work out too badly for those clinging to his coattails, either.

But will the trend continue?

This question will be at least partially answered soon in New Jersey and Virginia where hotly contested races for statewide office have entered the final stretch.  Many signs point toward Republican victories – possibly portending a GOP resurgence of sorts.  At this point, Chris Christi (R) leads incumbent Jon Corzine (D) in the Garden State, while in the Old Dominion, Bob McDonnell (R) leads Creigh Deeds (D).  But both races are tightening.

In Virginia, there is a sharp contrast between McDonnell and Deeds on issues that resonate with social conservatives – a contrast seen as well in the contests for Lieutenant Governor and Attorney General.   In the AG race, Republican State Senator Ken Cuccinelli, a staunch and stalwart cultural and economic conservative who has represented the 37th district in Fairfax County since 2002, is ahead in all polls.  Both McDonnell and Cuccinelli hail from Northern Virginia, a section of the Commonwealth that went overwhelmingly for Obama, as well as Mark Warner (D) for U.S. Senate and Gerry Connolly (D) for the House of Representatives, last year.

Of course, some of this can be chalked up to the politics-as-usual way one party has of living to fight another day after being trounced a year or two before.  But there is also something else happening – something that is not being widely reported.  The Democrats appear to be ignoring something they did with a great measure of effectiveness last year.

In 2008, there was a full-court-press - a conscious and deliberate strategic and tactical effort - to engage and recruit Christian evangelicals.   Most famously, there was that “candidate forum” out at Saddleback Church in California, hosted by megachurch pastor, Rick Warren.  And many voters, who had usually made electoral choices on the basis of particular cultural values such as the pro-life issue, found themselves being swayed by other neo-fascinating issues.  Things that until then had largely been the bailiwick of the Democrats: the environment, universal healthcare, etc, began to resonate with some, particularly younger, evangelicals who didn’t drive Dad’s Oldsmobile and didn’t necessarily want to echo Mom’s very conservative politics.

Now a year later, Democrats in Virginia are refusing every opportunity to participate in similar Saddleback-like candidate forums.   Possibly, they feel that without Rick Warren’s star power and his carefully cultivated rapport with the left on some issues, such forums would be like being in the proverbial lion’s den.

But what it really looks like is that the courtship of evangelicals by the Democrats is over and was never actually intended to lead to a happy marriage.  It was simply a cynical exercise in strange-bedfellows politics.

In fact, this must be faced by conservative Christian evangelicals who voted for Obama and company the last time around: They were the witting victims of a campaign “roofie” - a political sedative (with obvious hallucinogenic qualities) that had been slipped into their Kool-Aid.  The overtures last year were never really about long-term commitment.

Many evangelicals were seduced to a one-night stand on November 4, 2008.  It was all about fun, excitement, and a big party.  Then the morning after (in this case, a morning equals a year), surprise, surprise, there was just a note with a fake phone number.  And all some evangelicals have left is a terrible headache, overwhelming nausea, and the feeling of being used.

In Northern Virginia a steering committee comprised of lay leaders and pastors made repeated efforts to get the statewide candidates to participate in a “Saddleback-style forum.”  The Republican candidates welcomed the idea, but the Democrats resisted at every turn.

Well, certainly such forums may have been held in venues tilted more toward the conservative side, as was the fact at Saddleback last year.  But Rick Warren was fair – and so was the audience.  It was widely regarded as a very positive event.  Both candidates were given a fair shake.   In fact, Barack Obama likely picked up support as some evangelicals saw and heard him in that context.

So, what’s the deal with Democrats not wanting to do the same thing this year?  What are they afraid of?  Saddleback Church wasn’t a lion’s den – it was a living room.  And there is no indication that any of the forums proposed here in Virginia would have been any less civil and comfortable.

I think the reason Creigh Deeds, Steve Shannon, and Jody Wagner have shied away from this kind of encounter is that they sense something has really changed.  Many who got caught up in the “moment” last November have had a wake-up call.  Christian evangelicals are opening their eyes more and more every day as they see the change they voted for turn out to be something other than what they bargained for.

They are looking at the candidates with much greater scrutiny.  Things that used to matter most are starting to matter once again.

Evangelicals are also, hopefully, learning to keep an eye on the Kool-Aid.