Health Care - Out of Pockets 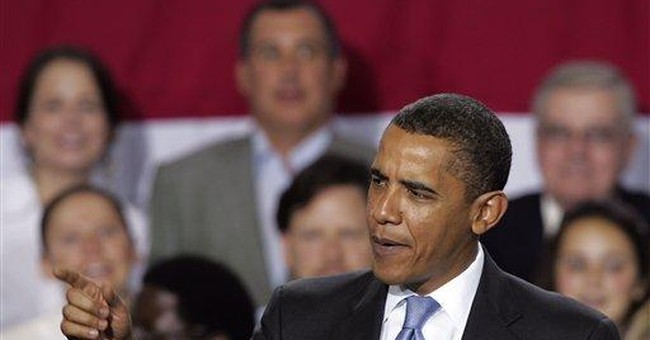 The other day, I was in the pharmacy at my local HMO facility picking up a prescription.  I know you aren’t supposed to listen to what the people up at the window are saying, but this one guy was virtually shouting and was quite hard to ignore.   He was upset with the staff member who was trying to talk him through something that was obviously terribly upsetting.   Again, it really wasn’t appropriate to eavesdrop, so please don’t pass this along.

It seems that he was picking up a refill on some meds (my thought was that I hoped they were chill pills of some sort) and he was distressed that a previous prescription of 150 pills was refilled with only 75.   Now, it wasn’t the capsule-count that bothered him – he just didn’t want to have to pay the same $10.00 co-pay for the 75 that he did for the 150.  Never mind that the co-pay scale is pretty well set and that $10.00 is the bottom-line fee.  Nope.  He thought he should pay less.  Or nothing.

The flustered, yet knowledgeable lady at the window then proceeded to show him how much the medicine would cost if he were to purchase it out of the system.  Needless to say it wasn’t 10 bucks, but rather several multiples of it.  Yet the guy who was buying medicine at a paid-down price still thought he was paying too much.

It’s a mindset – one that seems to be pervasive.

In fact, I suspect he may be one of millions of Americans who seem to think that medicine and medical care should not really cost them personally much of anything.  Let the rich people pay for all of us – or the employer, or the government, it’s too expensive for me.  Because it costs so much, goes the thinking, I really shouldn’t have to pay. God forbid that any American should have too many out of pocket health care expenses.

The logic is: Nobody can afford it; somebody else should pay.  Why does that remind me of something Yogi Berra might have once said?

Some time ago, I came to a parting of the ways with an employee.  When our human resources person briefed him on COBRA to allow him to continue with health insurance coverage, he balked saying something to the effect: “I’m not paying for that.”  Never mind that he had a wife and children and that being uninsured put them all at financial risk, he was unwilling to pay up out of pocket.  To him, it was apparently just not something that was a financial priority.  At any rate, he had told me and others that he was looking forward to the day when Barack Obama became president and everyone got coverage, whether they worked or not.

Of course, under the Obama plan this man would be fined for not having insurance when it was accessible to him.

I got the same kind of response when I put the health care reform issue out to a talk radio audience recently.  I asked specifically for callers who had no coverage – wondering how they felt about the whole megilla.  Frankly, I was surprised that so many who did not have health insurance actually had access to it, but really didn’t feel it was worth it to pay for it.

One caller told me that, at any rate, if he got sick he could just go to the emergency room, indicating that if the bill were too big and he couldn’t pay it would be the hospital’s problem.   I suspect that more people think this way than we’d like to admit.

Actually, that kind of thing becomes everyone’s problem.  And being lost in this national “teachable moment” are concepts like personal responsibility and living in such a way so as not to be a burden on others.

The reason something as integrity-rich as the idea of paying for what you receive is widely resisted when it comes to health care is because it is, in fact, so very expensive.  But maybe if people accepted more personal responsibility and resisted the it-costs-so-much-I-can’t-afford-it-let-them-pay philosophy we might see some common sense enter the discussion.

Here’s an idea, why don’t we reform the system by turning it into one where individuals purchase their own insurance.  What if every employer stopped providing health insurance as a benefit and instead translated the actual dollars spent on an employee’s plan into straight income - saying, in effect, “Here’s your health insurance money, you shop and buy your own plan.”  This would need to be accompanied of course by market-based reform, eliminating the practice where states deny health plans from other states into their markets, and making such insurance completely portable, not tied to where you work.

The income used for health insurance could be tax exempt.   If it wasn’t used to purchase insurance, it could be taxed – creating incentive.   And if someone refused to spend the money they had on actually accessible insurance because, say, they wanted to buy a bigger house or car, well, then put a system in place where the government would help the hospital collect a bill over time, in the event of a costly illness.   Pay me now or pay me later.  Something like this has been described by John McClaughry president of the Ethan Allen Institute in a recent article entitled: What To Do With The Uninsured.

How many Americans would actually pay for health insurance under such circumstances?  It’s hard to say.  Possibly, we have been so conditioned to having another entity provide and pay for it that we truly see it as something that should be done for us?

It is axiomatic.  Failure to act responsibly leads to the intervention of other parties, in the health care case – that would be the government.   This intervention always means less autonomy and liberty.

Health insurance as we know it has only been around for about 80 years.  With the rise of the New Deal and labor unions in the 1930s and then the economic realities during the crisis of World War II, Americans became increasingly accustomed to having the whole health care thing being part of an employee benefits package.   In fact, during the war, when wages were somewhat regulated, the one way an employer could give someone a little more was through the benefits package.

Before long it became part of how things were done.  You got a job and you got paid in money and stuff like health insurance.  Cool.

The problem with it was that it began to put a degree of separation between the consumer and the health care service provider – we moved from a fee for service approach to something much more indirect and impersonal.  Someone else was paying the bill.   And when the apartment comes with utilities included you don’t look at the thermostat as much.  Out of sight, out of mind.  It’s no longer a market-driven enterprise.

When I was young boy, my dad had really good insurance because he was a Teamster.   It wasn’t really called health insurance, though.  It was hospitalization insurance.   It was there for the tonsillectomy – not the runny nose.   It was there for stitches in the emergency room, not for the yearly physical, or the chicken pox.  In fact, when we went to the doctor, mom wrote a check.  Doctor visits were not really health insurance issues.   Even if people had good insurance, they usually still had to pay out of pocket to go to the family doctor, as with the dentist.

These days, though, with our whole health maintenance and managed care way of thinking, it’s all about minimizing out of pocket expenses.  The problem is that this doesn’t eliminate the actual expense – it just takes it from view and increases the costs exponentially behind the scenes.  We don’t see the transaction, so it isn’t really there.

Health insurance morphed into a right.  Every one should have it and it should only cost those who can afford it.  And few can really afford it, so the government should pay.  We sure hope they have enough money – oh, what the heck, they’ll just print more.   Or tax the rich more.  So what if the top 1% of American households fork out more in taxes than the bottom 95% combined.

Putting a so-called public option into the mix is a poorly disguised foot in the door en route to the real goal of a single payer system.  And once such a system is in place, it will never go away.  Even conservatives in Britain don’t mess with their National Health Service (NHS).  It’s part of the national fabric, like Social Security and Medicare are here already.  Never mind that cancer patients over there have to wait on treatment so bureaucrats can meet “target” goals or that neurology delays put lives at risk or that some patients will now be paid to go “private” in certain cases.

After all, they have only had 61 years to work the kinks out of a program that is even now facing a funding crisis.  Give them time.   And surely we’d do better, right?