The Spy Who Really Came in From the Cold 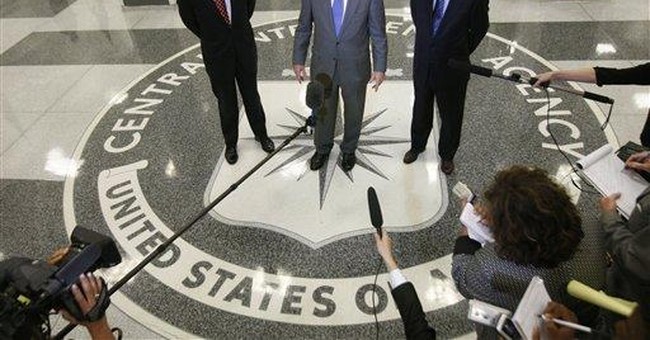 Several years ago, David Cornwell (better known by his nom de plume, John Le Carré) told an interviewer that, “espionage was not really something exclusive and clandestine.  It was actually the currency of the Cold War.  Spies were the poor bloody infantry of the Cold War.”

They still are – though these days we are in a different war and battling another pernicious ideology.

Cold War spy novels make for entertaining reading, but the more we learn about the nuts and bolts of what actually went on back then, the more we come to understand that truth is in many ways even more dramatic than fiction.

Consider, for example, the case of Colonel Ryszard Kuklinski.  He was a Polish patriot who may have saved his nation, the whole continent of Europe - maybe even the world – from massive suffering at the hands of a Soviet war machine once poised to race from behind Warsaw Pact borders to the Atlantic Ocean.

I recently attended a symposium at Langley on the life and work of this remarkable unsung hero who risked life, limb, and loved ones to pass along vital information at a crucial moment during the Cold War.

Under the watchful eye of CIA Director General Michael V. Hayden, and as part of a very real “social-contract” with this country, voluminous de-classified materials are being made available to researchers and the public at large.  General Hayden was a history major back in college days and has not lost his love for thorough and informed analysis of the past.  This passion has clearly informed his directorate.

The most recent historical symposium corresponded with the release of materials relating to Rsyzard Kuklinski and his work on our behalf, but especially that of his beloved Poland.   In fact, Kuklinski, who died in 2004, did not see himself as working for “us” – rather he consciously recruited America, via the CIA, to work on behalf of Polish freedom during a dark and difficult time.

In August of 1972, Kuklinski sent a letter to the U.S. Embassy in Bonn, West Germany, establishing contact with our intelligence operatives.  Signing it “P.V.” (later Kuklinski said this stood for “Polish Viking”), this singular act began a relationship that would bear the fruit of literally thousands of vital documents and crucial information helping us to understand Soviet doctrine and intent.

The definitive account of the Polish spy’s fascinating story is a book written by Benjamin Weiser, a reporter for the New York Times, entitled, A Secret Life: The Polish Officer, His Covert Mission, and the Price He Paid to Save His Country.   Rsyzard Kuklinski is described at the time of his espionage work as “a small man with tousled hair, penetrating blue eyes and the gestures and mannerisms of a man within whom an unbounded supply of energy is bottled up.”  He focused that energy on doing everything he could to prevent his country from being sacrificed during the Cold War, as it had been in so many ways during the Second World War.

Kuklinski was motivated by patriotic fear.  His role as a high-ranking staff officer made him privy to information about what a major Soviet offensive in Europe would mean.   Though always framed via lip service as “defensive” in nature, the Soviet and Warsaw Pact war plans, in fact, were entirely designed to be offensive operations.

The salient point, as far as Kuklinski was concerned, had to do with the so-called Second Strategic Echelon – a massive potential Soviet offensive involving roughly 2 million soldiers and at least a million armored vehicles.  Rsyzard and others in a place to know about these plans discerned accurately that the only real response NATO forces would have to counter such a massive Soviet mobilization would be nuclear.

And those bombs would drop, not in Moscow, nor in Western Europe – rather they would obliterate Poland – the perpetual 20th century European pawn.

In fact, the materials passed to us by this highly effective Cold War spy enabled the United States and NATO to effectively plan for such a scenario.  And the other guys never knew we had the information.

But even beyond the role he played for us strategically, he also became our eyes and ears during those turbulent months (1980) as the world watched a fledgling political movement known as Solidarity, led by Lech Walesa, begin to achieve political traction in Poland.  The world also wondered if and when the Soviets (with the complicity of their puppets in charge of things in Warsaw) would intervene as they had in Budapest (1956) and Prague (1968).  It seemed like only a matter of time.

Rsyzard Kuklinski was uniquely positioned in those days to report on what was going on – enabling us, in the waning days of the Carter presidency, to effectively warn the Soviets off.  At one point, he sent a 16-page letter to the CIA describing high-level meetings of the Polish government where the discussion included the potential for a Soviet invasion of their country.

And the next year, 1981, as it became clear that the Polish government led by General Wojciech Jaruzelski, was preparing to declare martial law in the land, Kuklinski kept us informed in great detail.  He despised Jaruzelski, writing in one covert dispatch that the strongman was “unworthy of the name Pole.”

In a dramatic moment on November 2, 1981, Rsyzard Kuklinski was summoned to a meeting in the office of one of his bosses.  Six men sat at a T-shaped table and learned that there was a “mole” among them – someone had been leaking information to the Americans.   Somehow managing to keep his composure, Kuklinski joined the chorus of voices in the room denouncing such an act of “treason.”

But he knew his days were numbered and soon found a way to communicate to his handlers: “I urgently request instructions for evacuating from the country myself and my family.  Please take into consideration that the state border is possibly already closed for me and my family.”

For several days, CIA personnel in Warsaw tried to carry out a plan to evacuate Rsyzard, his wife, and their two sons.  Eventually they were spirited away for the long drive to Berlin.  I spoke with the driver during a reception near the famed CIA floor seal in Langley’s lobby, and he told me that they managed to get through three checkpoints en route – though acknowledging he still gets chills when thinking about that perilous trip - even 27 years later.

Life in America was no picnic for this Cold War hero and his family.  They had to live under an assumed identity and avoid relationships, particularly with Polish-Americans, for years.  The two Kuklinski sons met with untimely accidental deaths less than a year apart, breaking the hearts of mom and dad.  Questions were raised about the nature of the deaths – one in a boating accident (the body never found) – the other on a college campus, felled by a hit-and-run driver.  But no evidence (beyond the circumstantial) was ever discovered that pointed to anything conspiratorial or sinister.

Rsyzard Kuklinski was tried in absentia in 1984 in Poland, found guilty of treason, and sentenced to death.  After the Cold War ended, his sentence was commuted to 25 years (something that hurt Kuklinski deeply).  In 1995, the chief justice of the Polish Supreme Court annulled his sentence.  Then in September of 1997, all charges against him were revoked, enabling him to return to Poland a free man.

In April-May 1998, Rsyzard Kuklinski made an 11-day tour of several Polish cities. He was greeted by some as a hero - on a level with Pope John Paul II.  Others, however, protested that he was – and would remain - a traitor.

Lech Walesa, for all his good work in the cause of freedom, never completely accepted Kuklinski’s account of things – even suggesting publicly that Rsyzard was a “double-agent” working for the Soviets, as well as the Americans.   No such evidence exists – in fact, as new information comes out the case being made that Kuklinski was a Polish patriot and one of the good guys gets stronger and stronger.  But Walesa’s remarks highlight the tension when “state” becomes synonymous with “country.”

Frankly, Rsyzard Kuklinski’s work – his willingness to risk it all for what he believed was right – left the world a better place.  The Soviet Union eventually fell apart and freedom broke out in his beloved Poland.  Neither would have happened had Warsaw Pact nations acted on clearly defined plans for continental – even global – hegemony.

When Kuklinski died in February of 2004, then Director of Central Intelligence, George Tenet said: “This passionate and courageous man helped keep the Cold War from becoming hot, providing the CIA with precious information upon which so many critical national security decisions rested.  And he did so for the noblest of reasons – to advance the sacred causes of liberty and peace in his homeland and throughout the world.”

Long before that, Rsyzard Kuklinski reflected, “I am pleased that our long, hard struggle has brought peace, freedom, and democracy not only to my country but to many other people as well.”