Obama, the Worst President Ever, Except Maybe for Hillary

David Limbaugh
|
Posted: Aug 19, 2016 12:01 AM
Share   Tweet
The opinions expressed by columnists are their own and do not necessarily represent the views of Townhall.com. 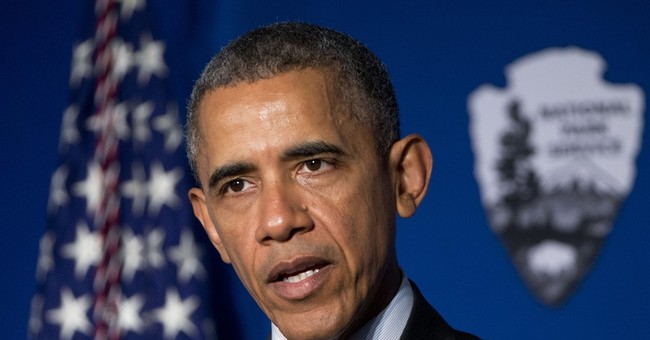 It's one thing for "Never Trump" Republicans to criticize Donald Trump, but Democrats, the liberal media and pedestal-perched professors who have enabled President Obama and now support Hillary Clinton have no standing to do so.

President Obama set out to fundamentally transform America (read: systematically destroy America as founded). Measured in terms of accomplishing this goal, Obama has been one of the most successful presidents in history. Measured in terms of doing what is best for America, Obama undeniably ranks among the worst.

Obama's progressive defenders whitewash his record, but it is objectively horrible -- unless you either are in a fantasy world or truly consider America's comeuppance and its economic, military and cultural decline glorious developments.

With just a little more time -- darn that 22nd Amendment -- Obama could hammer those last few nails in the nation's coffin, but not to worry; he is backing a successor who promises to double down on his mischief, and he will be covering her flank as a civilian community organizer writ large -- agitating in the private sector on the national stage. What a duo!

Liberals scoff at our supposed sensationalism in depicting Obama's record, but they are the ones in fantasyland -- not us. Their judgment is so skewed that they wouldn't recognize a disastrous, perennially sluggish economy if it hit them in the face -- because it has. They wouldn't see it if Islamists were waging war on the United States, because they are and they don't. They wouldn't be alarmed if the Constitution and rule of law were under ongoing assault, because they are and they aren't. They don't care that the nuclear family is in peril, because they favor diluting traditional and gender distinctions. And they wouldn't care if the federal government were deliberately fostering dependency addiction among its citizenry and demonizing work, the work ethic, productivity and business, because it is and they enable it.

President Obama couldn't be more of a menace to this nation's interests if he were trying to be -- and thus, coupled with his stated intentions, it is reasonable to assume he is and irresponsible to downplay the suspicion.

I jampacked two long, well-documented books chronicling Obama's reign of terror, and he was just getting started. There is easily enough material for two more equally comprehensive books.

In fact, Obama has done so much that I fear the electorate will tend to forget the extent of it. When I occasionally go back and review it, I realize that half of it has disappeared from my active memory. But revisiting it is enough to make your blood boil -- and more than enough to make you understand that Hillary Clinton, the personification of Obama's third term on steroids and independently terrible in her own right, must be defeated at all costs.

In every subcategory of domestic and foreign policy, Obama has damaged America. He has turned everything upside down. Wrong is right. Bad is good. Strength is weakness. Culturally sound is culturally taboo. Economic decline is economic growth. Deliberately exploding the national debt is reducing the deficit. Destroying health care, qualitatively and quantitatively -- and as a matter of cost and choice -- is progress. Demonizing victims of terrorism and excusing terrorists is enlightened. Opening our borders to those with hostile intent toward Americans and America is compassion. Releasing coldblooded terrorist killers helps show the world how wonderful we are. Facilitating the world's evilest regime's acquiring nuclear weapons and capital to fund terrorism is a triumph of diplomacy and world peace. Fostering a war on law enforcement is an achievement for justice.

Flouting the Constitution and the rule of law shows executive leadership. Implementing provisions of the DREAM Act that Congress not only didn't approve but explicitly rejected is humanitarianism. Intervening in Libya in defiance of Congress is laudable leadership. Repeatedly apologizing for America here and on foreign soil is commendable. Smothering the economy with taxes, spending, regulation and debt and punishing small business are prudent economic policies. Presiding over the worst recovery in 70 years is sagaciously steering America out of a dire economic crisis. Perpetual malaise is a strong economic record. Impeding entitlement reform -- and thereby guaranteeing the bankruptcy of Social Security, Medicare and the United States -- is saving Social Security.

Regarding climate change as a greater threat than terrorism is sane thinking. Selectively compromising the First Amendment and gratuitously attacking the Second Amendment for the good of the cause are admirably nuanced. Squandering billions of dollars on environmental boondoggles proves good intentions. Undermining our military readiness and managing our national decline atones for our alleged misdeeds. IRS targeting of political enemies is just business as usual. Politicizing the Justice Department is social justice. Dismissing proven charges against the New Black Panther Party is racial justice. Converting NASA for Muslim outreach beats getting a man on Mars. Waging war on religious liberty releases us from the clutches of those crazy Christians. Dividing Americans on the basis of race, gender, religion and income is uniting America.

As tired as I am of the left's Machiavellian euphemisms, I could go on for hours. But please understand: Everything Obama has done is fairly and necessarily imputable to Clinton because she participated in and ratified his policies and actions and promises to do worse. In a number of areas, she already has done worse.

On top of all this, Clinton is the most opportunistically ambitious, double-dealing, corrupt fraud in the modern era.

My fear is that some, by obsessing over Trump, are overlooking just how monumentally horrible Hillary Clinton would be as president. We can't let that happen.