Encouraged by the Pence Pick

David Limbaugh
|
Posted: Jul 19, 2016 12:01 AM
Share   Tweet
The opinions expressed by columnists are their own and do not necessarily represent the views of Townhall.com. 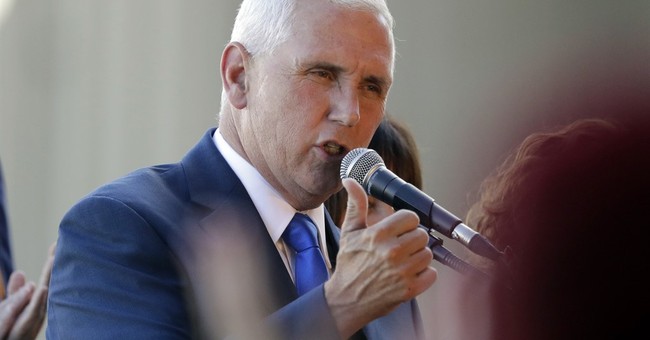 I believe that Donald Trump was smart to pick Indiana Gov. Mike Pence to be his running mate. All things considered, it's an encouraging development, whether Trump picked him because he truly wanted him or he did so at the strong urging of his advisers.

If he was Trump's first choice among finalists, it's encouraging because it shows he is comfortable with a traditional conservative who strongly self-identifies as and behaves like a devout Christian. It indicates he understands the value to the ticket in picking someone who seems to be the Antitrump in terms of personality and style -- and to some extent on policy issues, as well.

If he chose him grudgingly under pressure from his confidants and consultants, it's still mildly reassuring because it indicates that on matters of tremendous import, Trump will sometimes defer, which signals that he might very well listen to advisers on important policy matters, even when he disagrees.

Many of Trump's defenders have assured us that even if Trump can sometimes be brash and impulsive, he would surround himself with brilliant advisers as he has done in his businesses. My concern has been that even brilliant counselors might not be able to penetrate Trump's ego and that Trump might not be sufficiently informed on the issues to benefit greatly from wise counsel with which he instinctively disagrees.

We have seen numerous examples of Trump's taking his own advice above that of his advisers, such as when some of them strongly cautioned him to present his "other side" to the public. Usually, he decided instead to continue letting Trump be Trump.

I acknowledge that, on the other hand, it could be a cynical move. Let's not delude ourselves into believing that vice presidents are any more relevant than presidents choose to make them. If Trump had to be persuaded against his will to pick Pence, it may have been that the Pence advocates also convinced him that there was a big political upside to it and no substantive downside. That is, picking Pence would help Trump's image to some unknown extent among certain remaining Republican Trump skeptics and others, but it would in no way cramp Trump's style when governing. He could listen to or ignore his vice president at will. Even if you choose to analyze this through wholly cynical lenses, I still believe that it was a very prudent decision.

Why? Well, it's partly because I'm not an alt-right Republican who aligns with Trump on every issue. I am a constitutional conservative who believes that the source of almost all of America's problems today can be traced in some way to the abandonment of our founding principles and that the solution is to return to the policies of limited government.

I believe that Pence is a constitutionalist and a bona fide conservative, even if I don't agree with him on every single issue or approve of every decision he has made. I also believe he is a good man -- a man of wisdom, humility, maturity and judgment -- who not only talks the Christian talk but walks the Christian walk. If Trump truly does listen to advisers as his ardent supporters claim, then Pence's proximity to the Oval Office for the next four years could only be a positive development.

Based on what I've observed so far -- and it's admittedly early in the life of the Trump-Pence ticket -- Pence also seems temperamentally suited to be Trump's running mate. It is not every constitutional conservative who would feel comfortable joining the Trump ticket. It promises to be very difficult at times, especially when Trump says or does something that might make a traditional conservative cringe. Pence seems to have the ideal disposition to thread this needle -- to be supportive of Trump without compromising his own principles. I choose to hope that is the case, anyway.

Apart from the "Never Trump" group -- who would not vote for Trump under any circumstances -- those constitutional conservatives who believe that Pence is a sellout for agreeing to run with Trump can't have it both ways. Would they rather Trump have picked a mirror image of himself? Why can't we just give Pence the benefit of the doubt and assume he's doing this because he believes his decision to join the ticket is in the best interests of the nation, even if Trump was not his first choice for president?

As for me, I am gratified and encouraged by Trump's pick and view it as a welcome development and one that I hope foreshadows more good fruit.