Is Ted Cruz as Tough as Donald Trump?

David Limbaugh
|
Posted: Mar 08, 2016 12:01 AM
Share   Tweet
The opinions expressed by columnists are their own and do not necessarily represent the views of Townhall.com. 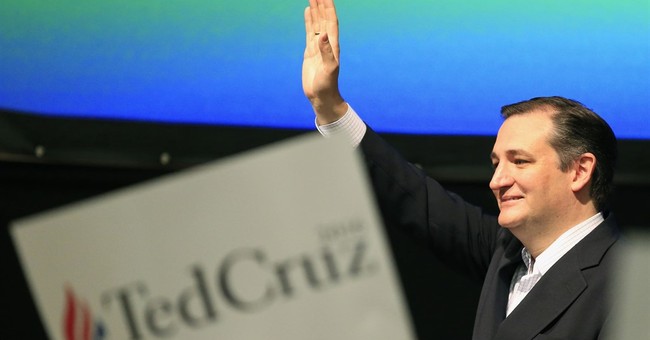 Trending
A Donald Trump supporter told me she likes Ted Cruz but doesn't believe he is tough enough to handle the powerful forces he'd face in the general election and asked me to convince her otherwise.

Here is a summary of what I told her.

I think you overestimate the power of those forces -- a crippled Hillary Clinton team and weakened Democrats. And I gather you mistake Trump's toughness in business for the muscular resolve he'd need in public office -- while underestimating Cruz's steel backbone.

The only way to reverse the statism and autocratic lawlessness beleaguering America is through conservative principles. Trump has no conservative core, so no matter how tough he is, I see nothing to convince me he would fight for principles he barely believes in.

We need to start having confidence in our own ideas and quit being so scared of the media and establishment powers you seem to fear. We empower them through this weakness. Cruz has already been tested and passed. Trump, while reputed to be a brass-knuckles brawler, has already waffled on several positions during the campaign, including his signature issue of immigration.

Just as you implored me to respond to your email, I implore you to listen to your own heart. You've conceded that Cruz would be the best candidate in two decades. Why compromise yourself based on abstract fears about a media boogeyman or other forces that surely will oppose him? Cruz's strength and resolve are among his finest attributes. Look at what he has done against all odds already.

Few gave him any chance at first. Many have ganged up on him. The press has alternatively savaged and ignored him. Yet he has plowed forward and is within striking distance of Trump. He has done so by smart, disciplined organization and his consistent principled message.

Yes, Trump can be tough, but there are various kinds of toughness. The relevant kind is the strength to resist pressure to deviate from core principles. Cruz has held the same firm beliefs his entire life. This is who he is. He will not abandon them.

Trump, on the other hand, is pliable because he has fewer core principles that he couldn't abandon without great anguish. In his heart of hearts, he is either a moderate with many liberal tendencies or simply a pragmatic populist. For the life of me, I can't understand how people can ignore that Trump has never been conservative and that he's never even claimed to have a conversion. If you listen closely, he even mocks true conservatism and downplays Ronald Reagan's vintage conservatism. He not only has bought political influence all his life but also brags about it. Only moral relativists can distinguish the buyer of influence from the seller.

You might argue that it doesn't matter whether he's a constitutional conservative; we just need to shake things up. But please think through this. That the left and establishment GOP have created (and allowed) this deplorable mess does not mean we must aimlessly rearrange it with machismo. We cannot solve our many problems by introducing more chaos. The way to ensure America's resurrection as the shining city on a hill is through constitutional and conservative principles. The power of the people resides in an enduring Constitution, not in populist ear candy.

Our main goal should be to vastly shrink the federal leviathan -- not annihilate the establishment, though it will implode in the process as a direct result. Our main enemy is the out-of-control government that has sucked all of freedom's oxygen out of our system. We must reinstitute constitutional principles because they guarantee the principle of limited government. Many nations in history have had democratic participation, but none other has enjoyed our singular brand of liberty because they all have lacked structural limitations on government, the primary enemy of liberty throughout history.

As a constitutional conservative of deep and abiding conviction, Cruz is uniquely qualified to restore the integrity of the Constitution, from guarding our nation's borders and thus its sovereignty to shrinking the federal government and its unaccountable administrative branch to appointing constitutionalist justices to reinforcing the separation of powers to recapturing the principle of federalism and ensuring governmental powers are more evenly divided between the federal government and state governments to upholding the Bill of Rights in toto to unleashing the power of the free market, resulting in explosive economic growth, to rebuilding our military.

Cruz understands and embraces all these ideas and truly believes the antidote to America's ailments is constitutional and conservative principles. Neither "Constitution" nor "conservatism" is a red-meat sound bite to him. We don't want a president who will, like a liberal, employ an ends-justify-the-means approach to governance. We can't have a chief executive or commander in chief flouting the Constitution, even for noble policy ends. It's one thing for the left to trample the Constitution, but once the right starts doing it also, it's over and you can kiss this nation, as founded, goodbye.

President Cruz would not act lawlessly -- i.e., outside his constitutional scope. If elected by campaigning on a clear conservative message, he would have a clear mandate to implement a strong, conservative agenda.

We need a particular kind of strength in statecraft. And that kind of strength can only be derived by a strong, unwavering commitment to principles. So in analyzing the toughness issue, please use the proper metrics. Donald Trump is tough in certain ways. But he is not tough when criticized, and blistering criticism is the standard fare of politics. Ted Cruz is the opposite. He would do what he says he'd do; he's already proved that. And what he says he'd do is the only remedy for this ailing nation.