Don't Give Up On America 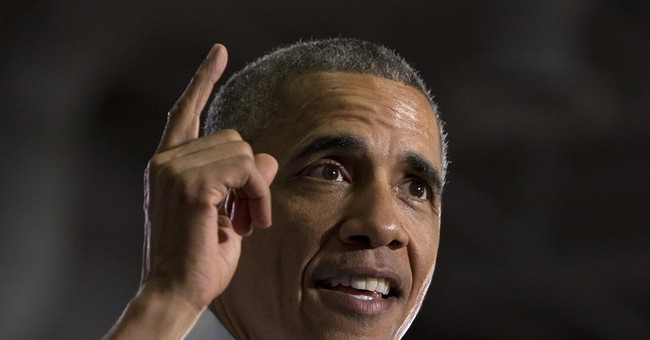 As I've said, I was very alarmed, though not particularly surprised, by the two Supreme Court decisions last week in which the court's majority blithely bastardized the English language, the Constitution, the rule of law and the very idea of truth in order to further advance the progressive agenda in this nation.

But what troubles me more than the court's betrayal of its duty to safeguard the Constitution and the rule of law is the apparent complacency among the public about these decisions and the radical shifts we are witnessing in our culture.

Why do some seem resigned to the transformation of our society? Why have they surrendered? Do they strongly believe in anything anymore? Do they not understand the implications for the future of this nation -- if not for themselves, for their children?

We all seem to agree that to a great extent politics flows downstream from culture. The problem for conservatives is that the left understands this better than we do. They long ago took over our major cultural institutions, indoctrinating society through the schools, universities, media and Hollywood to their anti-tradition and radically secular ideas.

It has been a brilliant, grand deception because the left's ideas are anything other than the salt and light they present them to be. They offer themselves as tolerant, inclusive, compassionate and morally superior decriers of "hate." Yet they are the intolerant and often bitterly hateful ones who are trying to suppress opposing voices and who demonize everyone who dares disagree with their positions.

Leftists have been denigrating America's history, culture and values and denying it. But don't you dare suggest they don't love the country they have spent so much energy trashing and trying to fundamentally change.

They have insisted they just want the freedom to live and let live; they just want equal rights. In no way do they mean to encroach on other people's rights. They are harmless, seeking only an equal seat at the table.

Yet across the board their actions contradict their words, and their subsequent positions flagrantly breach their promises and assurances.

In economic policy, the founding American ideal of equal opportunity is no longer enough for them. By itself, it is inherently unfair, because some people have more talent, better connections or a privileged race or gender status. So they demand equal or more equitable outcomes. They use the tax code, administrative regulations and unconstitutional legislation to even the score. But isn't something screamingly wrong and unsustainable about a society whose lower half of income earners pay zero income taxes?

On same-sex marriage, gay activists said they only wanted equal recognition and an equal right to marry. They wouldn't dream of encroaching on the religious liberties of Christians. How quickly their true intentions emerged once they scored their Supreme Court victory. They were never going to be satisfied merely with a lawless Supreme Court decision forcing states to accept their redefinition of marriage. They are determined to use the power of the state and economic coercion to neuter and punish dissenters.

Leftists are not about live and let live. They are about wholesale control. Their movers and shakers see society as their project, and they can change everything and everyone through government and their domination of the culture. There is no live and let live in their bones.

In view of all this, it is amazing that so many conservatives, traditionalists and Christians are blind to the hostile, aggressive and unquenchable appetite of the leftist movement. It is chilling to me that they don't realize this trend is going to continue until there is either a cultural or legal confrontation or the left stamps out all dissent. The left is never satisfied even with winning; they must stomp out the opposition. Just look at what they've done to the Christian businesses with which they gratuitously picked a fight over same-sex marriage. Look at the concentrated assault on Donald Trump, even if you don't agree with some of his statements. Look at what they do to anyone who doesn't comply with their 1984-ishness.

I repeat: Is our side asleep? Have they given up? Are they numb? Do they care? Are they cowards? Would they rather be thought of as wonderful and tolerant by these intolerant people than stand up for what they believe in? Or do they believe in much of anything anymore?

I find it inconceivable that in the past five years Americans' opinions concerning same-sex marriage have changed as drastically as certain polls and commentators suggest. It's as if because President Obama came out and admitted he favors same-sex marriage, everyone else is compelled to agree. Even if the polls show this, I don't believe a majority yet accepts, in its heart of hearts, that same-sex marriage is the way to go. My suspicion is that it's more a reflection of the bullying and propaganda than a societal change of heart.

Could I be wrong on this? Could society be that fickle -- so apathetic about serious issues that they can turn on a dime? I'm not buying it. But I do believe people increasingly lack the courage to voice dissenting opinions against the politically correct position.

But I haven't given up hope. We can't give up on America. I don't believe American conservatism and traditional values are dead, but they are very, very sick. They need a doctor -- in the form of a fearless proponent of our ideas, which spawned the greatest nation in history and can help to bring it back. During this chaotic GOP primary process, hopefully a leader will emerge who believes in America and can inspire like-minded people toward a political revival. In the meantime, a spiritual revival in our culture is long overdue.

May God not give up on but once again bless America.