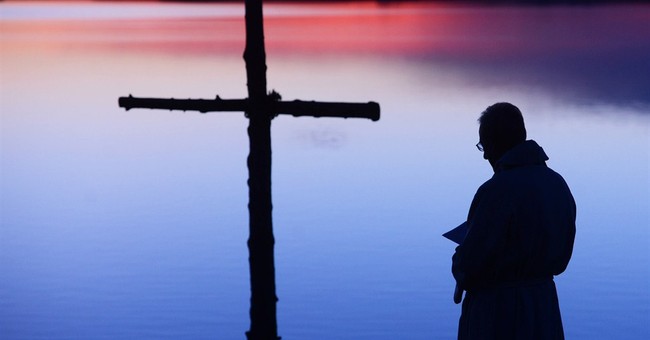 Two articles I read this week vindicate my decision to write my new book, "Jesus on Trial: A Lawyer Affirms the Truth of the Gospel." It's not just Christianity's values that are under attack but its core claims.

I was well aware when undertaking this project that some Christians would be put off by the very idea of Christian apologetics. According to them, we don't need to defend the faith. Respectfully, that's not what the Bible says.

Peter tells us, "Always be prepared to make a defense to anyone who asks you for a reason for the hope that is in you; yet do it with gentleness and respect" (1 Peter 3:15).

I think obedience requires us, then, to attempt to answer the challenges asserted against the faith, when appropriate, including the two lodged in the articles I read this week. I'll deal with one of those in this column, a piece in the Daily Mail by writer Michael Paulkovich, who argues that "Jesus never existed." He says there is no extrabiblical evidence that Jesus was a historical figure.

Few, if any, serious scholars make this claim anymore, as there are numerous non-Christian references to Jesus, from Jewish historian Josephus to first-century Greek historian Thallus to early-second-century Roman legate Pliny the Younger to Roman historians Tacitus and Suetonius to Greek writer Mara bar Serapion to Greek rhetorician Lucian of Samosata to pagan critic Celsus.

Thallus spoke of the darkness that spread during Jesus' crucifixion. Pliny the Younger wrote to the Roman emperor Trajan to ask his counsel on how to handle Christians who would not worship the emperor and who sang hymns "to Christ as if to a god." Tacitus reported that after Pontius Pilate's execution of Christ, the "pernicious superstition (Christianity) broke out afresh in Judea." Regardless of Tacitus' low opinion of Christianity, he corroborated Jesus' death and Jesus' followers' formation of a religion after it. Suetonius referred to Jews being expelled from Rome during the reign of Claudius because of a riot incited by Chrestus -- a corrupted reference to Christ. Mara bar Serapion referred to Jesus as a "wise king" of the Jews. Lucian of Samosata, who lived from A.D. 125 to 180, in his "The Death of Peregrinus," mocked Christians as those who come "after him whom they still worship -- the man who was crucified in Palestine for introducing this new cult into the world." Celsus acknowledged Jesus' existence, though mocked claims concerning his divinity.

The only non-Christian source that Paulkovich acknowledges is Josephus, but he says his references to Jesus were added by later editors. Nice try, but that doesn't quite tell the whole story. As I concede in my book, it may well be true that later editors embellished the Josephus account, but New Testament scholar Craig Blomberg cites a growing scholarly consensus that though his writings may have been edited, Josephus did say that Jesus' followers reported seeing Jesus alive after his death on the cross and that Jesus was perhaps the Messiah. Even if later scribes altered the text, Josephus still provided "admissible testimony on the death of Jesus" -- and thus, obviously, that he existed.

Another truly bizarre claim by Paulkovich is that the Apostle Paul never referred to Jesus as a real person. Paul, he says, considered "the crucifixion metaphorical." Surely, Paulkovich jests.

Has he read 1 Corinthians? "And I, when I came to you, brothers, did not come proclaiming to you the testimony of God with lofty speech or wisdom. For I decided to know nothing among you except Jesus Christ and him crucified" (1 Corinthians 2:1-2). In other words, the cross and Christ's crucifixion, along with his resurrection, were central to Paul's teachings.

A few verses earlier, Paul wrote, "But we preach Christ crucified, a stumbling block to Jews and folly to Gentiles" (1 Corinthians 1:23).

Later in his letter, Paul said: "For I delivered to you as of first importance what I also received: that Christ died for our sins in accordance with the Scriptures, that he was buried, that he was raised on the third day in accordance with the Scriptures, and that he appeared to Cephas, then to the twelve. Then he appeared to more than five hundred brothers at one time, most of whom are still alive" (1 Corinthians 15:3-6).

Note what follows a few sentences later: "But if there is no resurrection of the dead, then not even Christ has been raised. And if Christ has not been raised, then our preaching is in vain and your faith is in vain. ... Then those who have fallen asleep in Christ have perished. If in Christ we have hope in this life only, we are of all people most to be pitied" (1 Corinthians 15:13, 18-19).

I hate to break it to Mr. Paulkovich, but a mythical person cannot be bodily resurrected, and Paul and the other New Testament writers made clear that Jesus died and was physically resurrected; they touched him, ate with him, talked with him. The entire religion of Christianity, as Paul proclaimed, hinges on Christ's resurrection.

Christ changed the world. He continues to change the world. So his critics will continue to criticize him -- some even taking the absurd position that he never existed.

You can rest assured that those who are alleging that Christ is a mythical figure are the real mythmakers.