Democrats, the Constitution and the Rule of Law 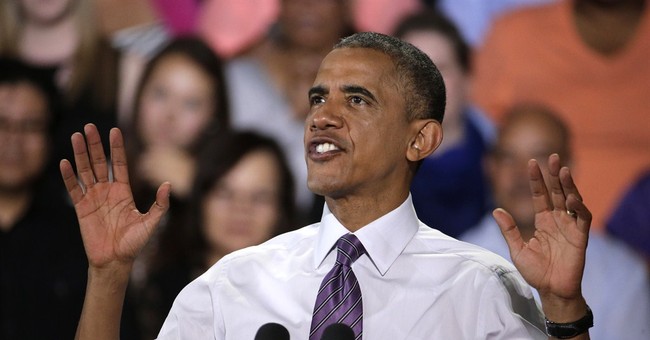 Trending
Have we arrived at the point in our nation that a Democratic president and powerful members of his administration can act as lawlessly as they choose without any significant objection or protest from the Democratic Party, the liberal media and Democratic voters?

Deny it as they might, liberals seem to have less fealty than conservatives to the U.S. Constitution and the rule of law.

Stop right there, you say. Democrats are no different from Republicans. Both parties are equally guilty.

Well, as much as it pleases some to invoke moral equivalency excuses when caught in wrongdoing, it simply isn't true that Republicans and conservatives are anywhere close to being as culpable as Democrats and liberals in thwarting the Constitution and the rule of law to achieve their ends.

There is a simple reason for that: Liberals believe, as a matter of their ideology, that the ends justify the means. We see it in practice every day. Liberals routinely distort facts and manipulate language to achieve their ends. As part of that, they will say that Republicans are guilty of precisely what they are doing. Manufactured projection is one of their most effective tools.

I know, I know, many will say that as an ardent conservative, I have little credibility in making such charges. I am blinded by my partisanship.

I don't deny my bias or my strong, mostly unwavering conservative ideology. Nor do I apologize for them. If I thought I were doing something wrong in being conservative, I would consider apologizing for it, but I don't.

But let me ask you to consider this: As a conservative, I would oppose judicial activism (roughly defined as the courts rewriting or making laws rather than interpreting them) to achieve conservative political ends. I don't know many liberals -- other than perhaps law professor Jonathan Turley -- who can make a similar statement.

It's not a matter of my (and conservatives generally) being more moral than liberals. That's not the point at all. The point is that we believe that preserving the integrity of the Constitution, as written and originally intended, is itself an essential end.

We cherish liberty, and we understand the inextricable relationship between preserving the integrity of the Constitution and preserving our liberties. Anytime our constitutional system is undermined through egregious executive, legislative or judicial overreaches, our liberty is diminished.

When President Obama continues to act outside the scope of his executive authority and against the express will of Congress, he is, in effect, disenfranchising the people and thereby diminishing our liberties. When the courts rewrite laws to achieve their ideological or political ends, they assault the prerogative of the legislative branch and thereby further disenfranchise the people and popular sovereignty.

As a strong believer in the Constitution, the rule of law, the separation of powers, the doctrine of federalism and other essential limitations on government, I abhor judicial activism, executive overreaches and congressional usurpations, even if these abuses might be in furtherance of my political or ideological preferences. For to me, there are few more important principles than preserving the Constitution and the rule of law.

So I can honestly say -- and pass a polygraph saying it -- that in addition to opposing conservative judicial activism, I would oppose a Republican president's issuing executive orders to unilaterally change immigration laws that were duly passed by Congress, even in a way that would serve my policy preferences. I would vehemently oppose the Internal Revenue Service if, under a Republican administration, it targeted Democratic and liberal groups. I would be fit to be tied if the hard drives of a Republican-appointed IRS commissioner mysteriously disappeared, if she made outrageous statements against liberals in her emails or if she took the Fifth Amendment instead of answering simple questions about these scandals. I would be outraged if a Republican president granted arbitrary exemptions from a major law a Republican president and Congress had passed, as President Obama has done with Obamacare, if he did not have the authority under the law to grant those exemptions. I would not support a Republican president's initiating a major military intervention in a foreign conflict without consulting, much less obtaining the approval of, Congress. I would never support a congressional law or administrative regulation violating freedom of expression for my political opponents. Or the right to bear arms. There are endless examples.

But can you liberals and Democrats make the same statements with respect to Democratic overreaches? Could the liberal media?

On a podcast on Ricochet, I was asked why I thought the liberal media never lift a finger of protest when Obama repeatedly engages in lawless behavior. My answer was that it's not just that they agree with his substantive policy ends, which they do. It's because, like most liberals, they don't believe so strongly in our Constitution, as founded, or in preserving the liberty it guarantees -- or they're oblivious to the interdependence between the Constitution and rule of law on the one hand and our liberties on the other.

As a result of this pitiable situation, we have an entire political party and liberal media that grossly underappreciate our unique constitutional system of government and are so blinded by their ideological goals that they have no problem virtually conspiring with this lawless president in trampling our Constitution and the rule of law to serve his and their ends.

Think about it, my Democratic and liberal friends. Far more is at stake than some of you -- especially those of you not in the political or major-media class -- may realize.