Obama's War on Fox Is Liberalism's War on Dissent 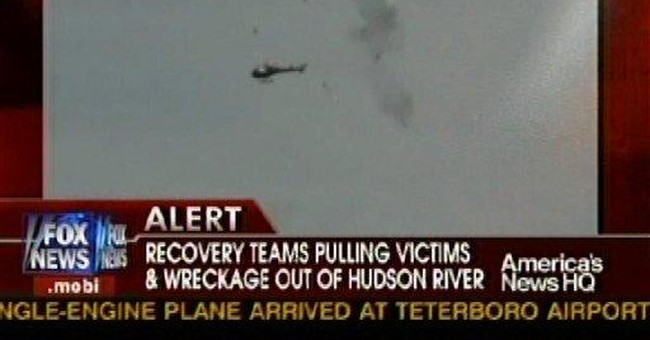 Can you imagine the outrage that would have ensued had former President George W. Bush declared off-limits those media outlets he thought (correctly) treated him unfairly?

Heck, the left declared him a dictator simply because he led a war on Iraq that Congress approved. He never tried to shut down his critics. He rarely even objected to their abuse.

But liberal politicians have been spoiled with mainstream media favoritism for so long that they believe anything other than sycophancy is mistreatment. Their selective outrage is as hollow as it is risible.

In fact, Fox News seems much more conservative than it is because no other television network over the past half-century has been anything but decidedly liberal. When the media norm is liberal, liberals equate liberalism with objectivity and deviations from it as bias, just as liberals preach tolerance toward all ideas -- except conservative ones. Their self-delusion is surreal.

Thus, Fox News Channel -- which has a number of liberal hosts, scores of liberal contributors, and nonstop liberal guests -- is painted as conservative because it is the only network that has more than one token conservative host.

Perhaps more of Fox's prominent hosts lean conservative than liberal, but unlike other networks, it scrupulously attempts to present both sides and to delineate its news from its editorializing.

But Obama's war against the network is about much more than Fox News. It is about his and his fellow liberals' intolerance for political dissent and their war on political criticism from any corner. Unless you shower Obama with adulation 24/7, you are ripe for targeting. They will abuse the power and prestige of the office of the presidency to "call you out." They have personally called out Rush Limbaugh and other media critics. They've targeted conservative talk radio for neutering, having assigned a Federal Communications Commission diversity czar that very task.

Unless you refrain from asking even marginally difficult questions of the administration, you are not only boycotted from access to interviews but demonized to boot. This way, Obama scores a twofer: He avoids almost all scrutiny from the mainstream media, scrutiny that even the Founders said is necessary to good government, and he discredits his political critics in the process.

What should alarm all First Amendment proponents is that so many liberals don't really champion the free and open expression of ideas; they only support the advancement of liberal policies, even if that means one-sided dominance to the point of indoctrination in our public schools and universities and in the media.

No bona fide conservative I have ever met would countenance for a millisecond the government suppression, in any way, of a certain political point of view just because it differs from his own. But I have talked with and received e-mails from many liberals who favor Obama's plan to emasculate conservative talk radio, who believe it's acceptable, nay, desirable for universities to present primarily the liberal worldview and for liberal politicians -- with the MSM's help -- to unilaterally declare a false consensus on such hotly disputed issues as man-made global warming.

A handful of liberals, to be fair, have criticized Obama for his war on Fox News and conservative talkers. But most aren't the least bit troubled by it and are probably secretly relishing it. Have you ever heard prominent liberal voices go after Keith Olbermann or other extremely liberal and biased MSNBC or CNN hosts as they have Fox and Sean Hannity?

Obama's approval numbers have cratered more rapidly than those of any other president in modern history, but can you imagine where they'd be and how much more his agenda would be stalemated (for the common good) if the MSM hadn't been covering for him but had been reporting the facts, not to mention the public's opposition to his agenda?

Where is the outrage over Obama's effort to turn this nation into a model of European socialism?

If it weren't for Fox News and conservative talk radio, think tanks, Web sites and blogs, this administration would be implementing its Draconian agenda unopposed, with no scrutiny of its march toward national bankruptcy, its rampant corruption (e.g., its Justice Department's dismissal of voter intimidation charges against New Black Panther members), its hyper-secrecy despite its pledges of transparency, its use of so-called stimulus money to enhance its re-election efforts, its failure to create jobs, its reckless indecision concerning added troops to Afghanistan, the rising death tolls in Iraq and Afghanistan -- which the MSM used as a daily bludgeoning tool against the Bush administration -- its refusal to respect the public's repeated rejection of socialized medicine, its lies about Obamacare's costs and features, its mistreatment of Israel, its appeasement of Third World dictators, its apologies for the United States, its consumption of large segments of the private sector, and its cap-and-tax scheme to destroy our economy based on politicized "science."