David Harsanyi
|
Posted: Apr 29, 2022 12:01 AM
Share   Tweet
The opinions expressed by columnists are their own and do not necessarily represent the views of Townhall.com. 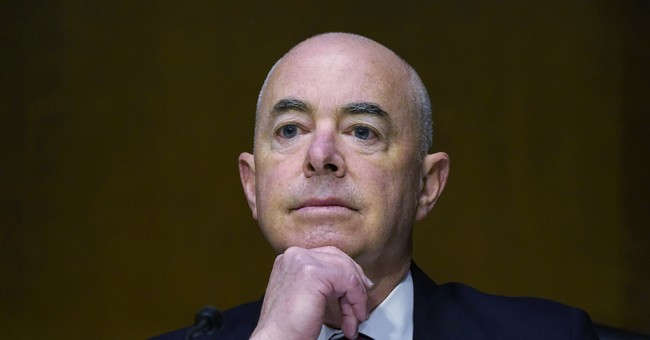 A federal speech czar? Just as the Founders imagined it, no doubt.

Earlier this week, Department of Homeland Security Secretary Alejandro Mayorkas told Congress that his agency is creating a "Disinformation Governance Board" to combat "misinformation" coming from Russia as we near this year's midterm elections. The Biden administration's new Committee on Public Information will be led by Nina Jankowicz, "a disinformation fellow" who, perfectly enough, comes to the administration from a think tank named after Woodrow Wilson. Like Wilson, Mayorkas, himself a font of untruths, does not explain under what constitutional power he proposes to oversee speech.

It gets tedious to point this out, but you can vividly imagine the thermonuclear meltdown the country would be (rightly) subjected to if a Republican president assembled a government panel tasked with weeding out "disinformation." To our technocrats' dismay, this isn't Europe, where the state can dictate allowable speech and sometimes arrests those who don't abide. Here, citizens are the ones who call out the state for peddling misinformation, not the other way around.

The pro-censorship Left, which is to say the vast majority of contemporary Democrats, now have Barack Obama on board as well. The one-time neoliberal champion of free speech -- a freedom he employed aggressively to mislead the American people when it served his partisan interests -- alleged during a recent Stanford University speech that "people are dying" from misinformation. And, you know, if censorship can save one life ...

Indeed, these arbiters of truth not only happen to be some of the same people who ran around repeating ludicrous conspiracies about foreign interference for five years; they're also the same people who used the menace of "Russian disinformation" to lie and suppress news that undermined their electoral prospects, as they did with the Hunter Biden laptop story. (That crew, you'll be surprised to learn, includes Czarina Jankowicz.)

Setting aside such a cynical use of "disinformation," are we really supposed to believe that an administration that tells us with a straight face that a $3.5 trillion spending bill "costs zero dollars" or that showing an ID is tantamount to Jim Crow 2.0 or that your sex relies entirely on your perception is going to sort out the accuracy of rhetoric? Jankowicz was hired by a man who for the past 50 years has been one of our most entertaining fabulists.

Most tech companies do not offer unencumbered free-association rights. They spend tens of millions each year in Washington rent-seeking and lobbying for favorable regulations and are highly susceptible to state intimidation and threats. Recall that press secretary Jen Psaki informed the media not long ago that the White House was "flagging problematic posts for Facebook that spread disinformation." Or that White House Communications Director Kate Bedingfield was arguing that social media companies "should be held accountable" for the ideas of those who use their platforms. Or U.S. Surgeon General Vivek Murthy saying "we" must "root out" misleading speech. What government claims is a conspiracy theory can be a plausible possibility, as we learned when Facebook, at the behest of government officials, banned stories on the Chinese origins of COVID.

While the state putting an imprimatur on "truth" is dangerous to freedom, it is also laughable in practice. As a person passing judgment on truth, Jankowicz has shown to be completely inadequate for the job. From treating the Steele dossier (Russian misinformation, as it turns out) as fact (not to mention getting the basics about the story wrong) to repeatedly using her position as disinformation "expert" to dismiss the Hunter Biden story as a "Kremlin" concoction, she is no better, it seems, than the average leftist partisan on CNN.

Of course, getting to the truth is not the point of all this. It is by any liberal ideal of open discourse preferable to allow lies to seep into the information stream than to allow a panel nomenklatura to start dictating the veracity of what we read and hear. First, and foremost, because it's authoritarian. Second, because those who take the job can't be trusted.