Wanted: An Honest Debate about the Death Penalty

David Harsanyi
|
Posted: Dec 18, 2020 12:01 AM
Share   Tweet
The opinions expressed by columnists are their own and do not necessarily represent the views of Townhall.com. 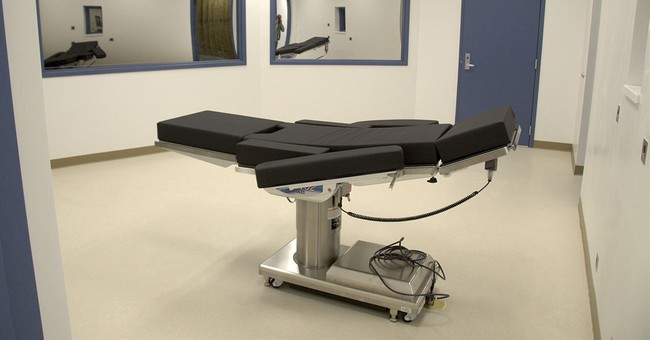 Mike Dukakis was asked by CNN's Bernard Shaw during the 1988 presidential debates whether he would support the death penalty if his wife, Kitty, had been raped and murdered. The Massachusetts governor famously responded: "No, I don't, Bernard, and I think you know that I've opposed the death penalty during all of my life. I don't see any evidence that it's a deterrent, and I think there are better and more effective ways to deal with violent crime."

Given the coddling Democrats receive from the press today, Shaw's question sounds especially jarring. But Dukakis's automaton-like response to a query about the theoretical slaying of his dear wife did not go over well with the American public. Dukakis did not seem to genuinely grapple with the complex moral implications of murder and punishment.

Like Dukakis, I oppose the death penalty as a matter of policy (other than for extraordinary cases of domestic terrorism, such as Timothy McVeigh) for several reasons relating to state power and the effectiveness of the practice. That's my rational side. But viscerally speaking, I have yet to encounter a death sentence in America in my lifetime that I didn't think was well-earned. That's despite the dishonesty that usually defines the coverage of these cases.

This summer, the federal government began putting people to death for the first time in 17 years. "Trump administration executes Brandon Bernard, plans four more executions before Biden takes office," said a Washington Post headline last week. While that is technically true, it wasn't Trump who convicted these men of murder; it was a jury of their peers. It wasn't Trump who upheld their convictions after numerous appeals; it was the judicial system. It wasn't Trump who found the death penalty constitutional; here, it was the Supreme Court that reaffirmed the Federal Death Penalty Act of 1994 requires executions to be carried out "in the manner prescribed by the law of the state in which the sentence is imposed." It wasn't Trump who sponsored that law in 1994; it was Joe Biden.

Reporters nearly always glide past the horrifying specifics, spending inordinate amounts of space presenting the case of anti-death penalty advocates, who often dishonestly paint these men as victims. Take this Vox piece, wherein the reader learns that Bernard, "a model prisoner, mentoring at-risk youth," had "committed crimes that resulted in the deaths of a young white married couple in 1999" -- which makes a double homicide sound like an unfortunate accident and intimates that the conviction had something to do with race.

The fact is that 18-year-old Bernard helped kidnap and rob a couple named Todd and Stacie Bagley, youth ministers visiting Killeen, Texas, from Iowa. The fellow gang members he was with could have let them go. Instead, they forced the Bagleys into the trunk of their car and drove around for hours.

While the victims were locked in the back, they appealed to the humanity of the kidnappers, saying "that they were not wealthy people, but that they were blessed by their faith in Jesus." After hearing these words, one gang member wanted to back out of the murder. Not Bernard, though. He had been the one driving the car used to hunt for victims. After the murder was planned, it was Bernard who drove to purchase the fuel to burn them. It was Bernard, with another person, who poured lighter fluid on the car "while the Bagleys sang and prayed in the trunk." It was Bernard who brought the Glock used to shoot Todd in the head and knock Stacie unconscious when the car didn't burn fast enough.

"Having gotten to know Brandon," Kim Kardashian West told her 68 million followers on Twitter last week, "I am heartbroken about this execution." I don't believe the death penalty solves much -- and the cost and moral baggage isn't worth it -- but I'm heartbroken for the Bagleys, whom no one will ever get to know. If you're leaving out that part of the story, then you're not having a real conversation about the death penalty.

And we rarely do. "Two Black men have been executed within two days. Two more are set to die before Biden's inauguration," writes CNN, creating the impression that the federal government is targeting Black men. The first person put to death this summer was white supremacist Daniel Lewis Lee. Wesley Ira Purkey, Dustin Lee Honken, Keith Dwayne Nelson, and William Emmett LeCroy -- all white, and all as deserving as Bernard -- were executed this summer as well.

You either believe the punishment for those guilty of committing especially heinous, cruel or depraved crimes should be death, or you do not. The death-penalty debate should revolve around the morality and efficacy of state policy regarding that criminality, not some fantasy world in which butchers are selectively cast as victims.