David Harsanyi
|
Posted: Jun 08, 2018 12:01 AM
Share   Tweet
The opinions expressed by columnists are their own and do not necessarily represent the views of Townhall.com. 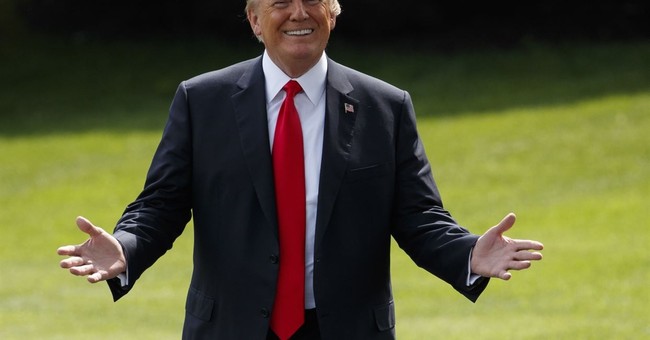 If your contention is that President Donald Trump has the propensity to sound like a bully and an authoritarian, I'm with you. If you're arguing that Trump's rhetoric is sometimes coarse and unpresidential, I can't disagree. I'm often turned off by the aesthetic and tonal quality of his presidency. And, yes, Trump has an unhealthy tendency to push theories that exaggerate and embellish small truths to galvanize his fans for political gain. Those are all legitimate political concerns.

Yet the ubiquitous claim that Trump acts in a way that uniquely undermines the rule of law is, to this point, simply untrue.

At National Review, Victor Davis Hanson has it right when he argues that "elites" often seem more concerned about the "mellifluous" tone of leaders rather than their abuse of power. "Obama defies the Constitution but sounds 'presidential,'" he writes. "Trump follows it but sounds like a loudmouth from Queens."

But while former President Obama's agreeable tone had plenty to do with his lack of media scrutiny, many largely justified, and even cheered, his abuses because they furthered progressive causes. Not only did liberals often ignore the rule of law when it was ideologically convenient for them; they now want the new president to play by a set of rules that doesn't even exist.

Partisans tend to conflate their own policy preferences with the rule of law, or democracy or patriotism. But the pervasive claim that the Trump administration has uniquely undermined the law, a claim that dominates coverage, typically amounts to concerns regarding how he comports himself. For example, entering into international treaties without the Senate or creating fiscal subsidizes without Congress are the types of things that corrode the rule of law. Firing (or threatening to fire) your subordinates at the Justice Department, on the other hand, is well within the purview of presidential powers.

Trump, as far as I know, hasn't shut down a single investigation into himself or anyone in his administration or campaign, despite evidence that a special counsel's creation was based on politically motivated information.

Though he may be wrong, it's not an attack on the rule of law for the president to claim privilege. Nor is a president undermining the rule of law if he pushes back against an investigation into Russian collusion. Now, Trump might not have a wingman running the Justice Department, but nothing in the Constitution stipulates that he has to prostrate himself in front of prosecutors, much less prosecutors who have veered far from their initial charge. The intelligence community is not sacred. Americans have no patriotic duty to respect former Director of National Intelligence James Clapper or former CIA Director John Brennan. The president is free to accuse them of partisanship. Doing so is not an attack on the rule of law any more than the reverse.

Considering the amount of politically motivated leaking and false accusations that have been made over the past year, it seems absurd to expect anything different. The Clintons pushed back against Ken Starr, and Trump pushes back against Robert Mueller. Democrats shouldn't have boxed themselves in by convincing their constituents that some incontrovertible proof of illicit or seditious behavior was just waiting to be uncovered.

Nor does Trump undermine the rule of law when offering presidential commutations and pardons (nor would he even, perhaps, if he were to pardon himself). If Americans are displeased, they have recourse. Unlike presidents who pardon, say, personal campaign financers or terrorists near the end of their terms to avoid fallout, nothing stops today's voters from electing representatives to impeach and remove Trump if they desire. That is the mechanism in place to stop the president.

Nor does Trump undermine the rule of law when he rolls back the previous administration's unilateral abuses on immigration and bogus treaties. In many ways, Trump has strengthened the checks and balances that were broken by the rhetorically soothing President Obama. Mock it if you like, "but Gorsuch" will likely do more to curb the state's overreach than any justice the left would ever put on any bench.

Now, any defense of the Trump administration will, of course, meet charges of sycophancy and "anti-anti-Trumpism." But none of this is to argue that the Trump administration is a paragon of lawfulness. It's far from it. So stop exaggerating. The astoundingly terrible and hypocritical arguments of the president's detractors often make it imperative to defend neutral principles and process.

You don't get to fabricate a new Constitution every time there's a president you dislike. American patriotism isn't predicated on pretending that Russia can flip our election with some Facebook ads, but it is certainly grounded in the idea that we all hold consistent constitutional principles.