There Is No Political Tribe That Deserves Your Complete Loyalty

David Harsanyi
|
Posted: Jun 02, 2017 12:01 AM
Share   Tweet
The opinions expressed by columnists are their own and do not necessarily represent the views of Townhall.com. 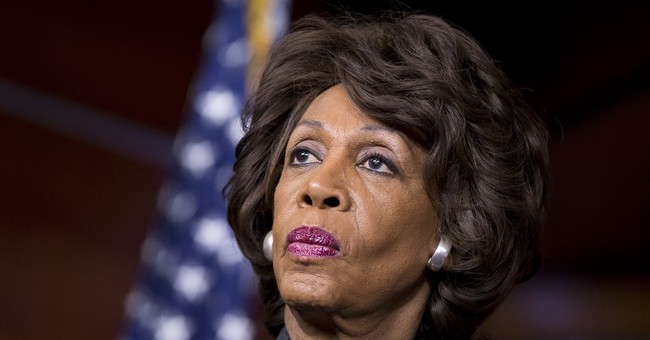 If you ever wanted to understand the power of tribal loyalty, there are two new articles for you to read. The first is a Daily Beast article that explores the reinvention of Maxine Waters, a congresswoman "once dubbed one of the nation's 'most corrupt'" in Washington, D.C. The second is a column titled "Why Conservatives Still Attack Trump" in which columnist and radio talk-show host Dennis Prager attempts to figure out why so many Republicans refuse to walk lockstep with President Trump.

Let's start with Waters, who is, of course, still corrupt -- a dictator-loving conspiracy theorist who has abused her office for decades. She is now the recipient of standing ovations for her sharp attacks on Trump. The esteem Waters receives not only exposes the hypocrisy of many who claim to resist Trump on constitutional and ethical grounds but also warns against aligning yourself with people who don't respect the norms they claim to protect.

Those who advocate overturning the Citizens United ruling and allowing the state to ban political speech -- almost every liberal -- have little business lecturing about free expression. Neither do those who, only a few months ago, proposed ditching Fifth Amendment protections in an effort to confiscate guns. Nor do those whose opposition to spying on American citizens is contingent on which president is in office. The notion that Sen. Chris Murphy or Rep. Adam Schiff are guardians of the Constitution is laughable.

Obligatory post-election anti-Trumpism, which dictates absolute opposition to what this one person is doing, puts you in league with people whose concern has little to do with the Constitution and everything to do with their ideology. "Never Trump" was once a statement of intent. Now it's often a demand for conservatives to engage in hysterics every time the word "Russia" appears. No, thanks.

A good example is the Paris Agreement. "We can't let Pres @BarackObama's global effort to reduce carbon pollution with the #ParisAgreement be undone in one fell swoop," Sen. Chuck Schumer tweeted recently. According to Democrats, the agreement is the most crucial international deal the world has ever known yet not important enough to be subjected to the traditional checks and balances of American governance.

When the next liberal president is elected, he or she will use the Environmental Protection Agency to bypass Congress and, by fiat, regulate carbon dioxide -- a chemical compound that permeates everything -- without any consideration for the cost or the electorate. In other words, they'll do it in the same way Democrats bypass the process when making immigration policy or social policy or any policy they don't have the votes to enact.

In 2014, Harvard Law professor Laurence Tribe -- now also a hero of the resistance -- reminded us that this kind of governance is what former Associate Justice Robert Jackson warned about when he spoke to "the balanced power structure of our Republic." Rest assured, no one at The New York Times will lament the corrosion of process or executive abuse when that day comes.

If Trump does withdraw from the Paris Agreement, however, he will be strengthening the balance of power in this country. No, I'm not under the impression he would do so out of some deep reverence for the sanctity of the Constitution. No standing ovations from me. But it is what it is.

"We are not so different, you and I," Prager might say to Democrats. His position, after all, is AlwaysTrump, a demand to ignore every scandal and fumble for the greater good. In his column, Prager asks Republicans to "please report for duty." He says: "I have concluded that there are a few reasons that explain conservatives who were Never-Trumpers during the election, and who remain anti-Trump today. The first and, by far, the greatest reason is this: They do not believe that America is engaged in a civil war, with the survival of America as we know it at stake."

If the survival of the United States hinges on the competence of the Trump administration, then the civil war is lost, I'm afraid. If, however, it hinges on a set of ideals and laws -- which is what I have always understood Prager's position to be -- then there is no obligation to follow any man, and certainly not a man with malleable principles. And I'm sure if Trump were sending pallets of cash to Iran, Prager wouldn't be insisting on this level of support for him, even if his tax plan were better than President Reagan's.

Prager circumvents this problem by claiming that the president has acted in a wholly conservative manner. Yet Trump's recklessness and temperament certainly aren't conservative, nor are many of his ideas. But setting that aside for a moment, if the case against President Obama was predicated not only on his policies but on the way he abused the mechanisms of power, then, surely, Trump deserves criticism as well.

And if a person is truly apprehensive about creeping "authoritarianism" -- these days, the prevailing concern of the same Democrats who push policies that almost exclusively coerce Americans economically -- rigid group thinking just isn't feasible anymore. Anti, anti-anti, pro, whatever. The sad truth is that there are simply too many people acting reprehensibly in Washington for many Americans to be a member of any of these tribes.