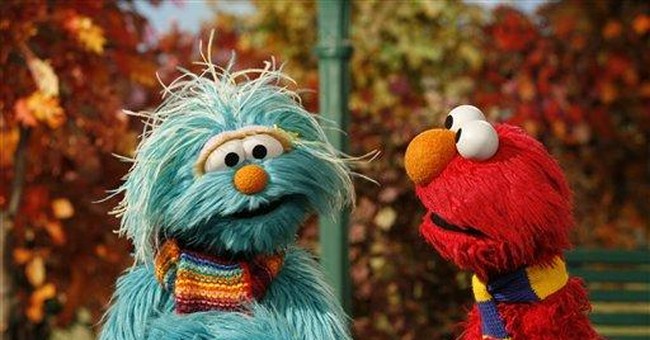 Looks as if we're finally going to get those hipsters at National Public Radio. Elmo should probably start thinking twice before going outside, as well.

Yes, I realize that defunding NPR and PBS wouldn't even make a minor dent in Washington's colossal budgetary predicament. Yes, it's just a hobbyhorse of the far right. But none of that negates any of the convincing reasons to do it.

As it happens, I find longish radio spots exploring the lives of African tribesmen or Asian silk merchants -- especially when delicately coupled with organic environmental clatter -- some of the most enjoyable programming on the radio. Unlike many of my ideological allies, I believe NPR is underappreciated. But what practical argument is left in the defense of federal funding for entertainment or journalism in an era of nearly unlimited choices?

Though there is little to be offended by in most of NPR's programming, public radio and television cater almost exclusively to the sensibilities of the urban liberal. Not that there's anything wrong with being an urban liberal, of course. But this demographic also happens to be blessed with the financial means to ensure that NPR remains a vibrant source of news.

And it is nearly unimaginable that anyone on the left would support subsidizing programming imbued with even a subtle right-center bias. Let's be honest; if NPR weren't substantially left-leaning, Democrats wouldn't be such huge fans of federal funding. The rest of us can listen to, say, Nina Totenberg's slanted dispatches with the appropriate filter.

Something, though, seems awfully wrong with continuing to force taxpayers who disagree with the mission -- even if their perceptions are false -- to keep giving.

In one of those ACORN-style sting operations that conservatives have been conducting lately, two activists posing as unsavory Muslim moneymen caught NPR executive Ron Schiller (who has since left the company) rationalizing the firing of veteran African-American journalist Juan Williams because NPR, you see, embraces "non-racist, non-bigoted, straightforward telling of the news." Schiller also explained that the tea party movement is racist, xenophobic and scary. If that doesn't say straightforward, unbiased institutional journalism, what does?

Schiller also was taped explaining that "it is clear that we would be better off in the long run without federal funding." Clearly. Government funding, now that it is once again an issue, will only induce NPR to dilute its otherwise magnificently elitist programming with weak attempts at mainstream appeal. It shouldn't. NPR would easily survive in its present listener-support model without welfare.

Sen. Barbara Boxer recently claimed that House Republicans are intent on stripping funding for government-supported entertainment because they have a "vendetta against Elmo." (They may. After two years of living with a Tickle Me Elmo doll, I certainly do.) Does anyone believe that the marketplace wouldn't or couldn't provide sufficiently irritating Muppet programming for the millions of kids without the government's help? As anyone who purchases basic cable television knows, the demand for newscasts, kids shows, documentaries, nature programs, etc., is amply met.

The function and purpose of government has been rather expansive over the past few decades. Do we really believe that providing tax subsidies for entertainment and journalism is one of the charges of government? The argument may have held up in the past, but in today's world, it simply doesn't.