Heck, We Spend More on Pornography 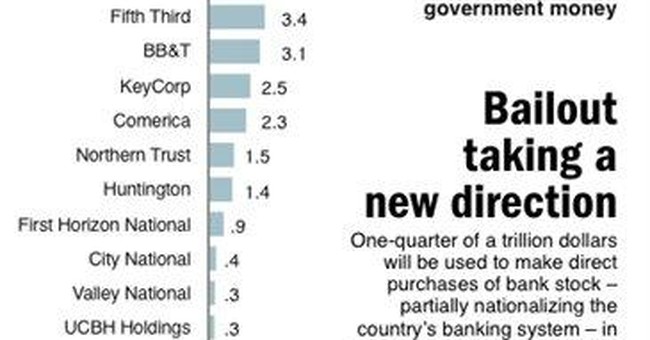 Politics wasn't invented to be clean, positive and reassuring. It was invented so that one group could beat the holy hell out of another. To do that, they need money. Lots of it.

All told, candidates for the presidency have raised more than $1.5 billion since January 2007. That staggering sum is bound to arouse dismay in all high-minded people. And remember, we're not even counting all the "independent" advocacy groups that are dredging the swamp for votes.

But before we get all moralistic about the state of the union, let's put these numbers in perspective. Americans spend about $8 billion on beauty products. They spend more than $45 billion on lottery tickets and another $4 billion or so on pornography.

Groups of you may get together and splurge on any number of mysterious diversions, from science fiction conventions to NASCAR. A citizen can buy as much frivolity, bliss and camaraderie as necessary or partake in (nearly) any form of free association or expression without constraint.

Well, all but one: politics.

How sad that the only area the (almost) free average American is forbidden from spending excessively on is the democratic process. And not only are contributions limited but also contributors are reported to the authorities, who then keep records of the contributors' activities.

These radical impositions on freedom all live under the heading of "clean government."

Then there is so-called public financing. Since the creation of the system in 1976, no major presidential candidate had declined this money and the limits that come with it. None, that is, until Barack Obama broke his pledge this year, refusing to surrender a cushy monetary lead. Obama has raised about $600 million, so who can blame him?

That's a lot of money. We may have 50 states, but only about 15 states are truly in play. And even in those states, the majority of voters have decided whether to cast their support behind a Democrat or Republican. So $600 million targets a comparatively low number of voters.

Yet even with all this cash, Obama has done us a favor by illustrating the failed promise of public funding. He has proved that small donors can get together and raise tons of dough. His fundraising is a reflection of excited supporters staking a claim in the process. Why should those voices be limited? Why should anyone's voice be limited?

John McCain, one of the authors of the McCain-Feingold campaign finance reform bill, has undermined his own campaign by taking "clean government" public funding and allowing Obama to outspend him -- in some places, 6-1.

One of the promises of his bill was to stop the rich and powerful from wielding inequitable influence. So now instead of giving to Joe Schmo's campaign, the rich contribute to Joe Schmo's presidential library and Joe Schmo's wife's charity and independent 527s who love Joe Schmo. So almost nothing has changed. Almost.

"In terms of corruption the era of McCain-Feingold is the era of Bob Ney and Jack Abramoff and, what was it, $70,000 or $90,000 in Congressman Jefferson's refrigerator in his office," a former head of the Federal Election Commission, Brad Smith, told Reason magazine. "You could say that the era of McCain-Feingold is an era of corruption in American politics as great as we've seen since Watergate."

No. There is only less liberty.