David Grantham
|
Posted: Feb 10, 2016 12:01 AM
Share   Tweet
The opinions expressed by columnists are their own and do not necessarily represent the views of Townhall.com. 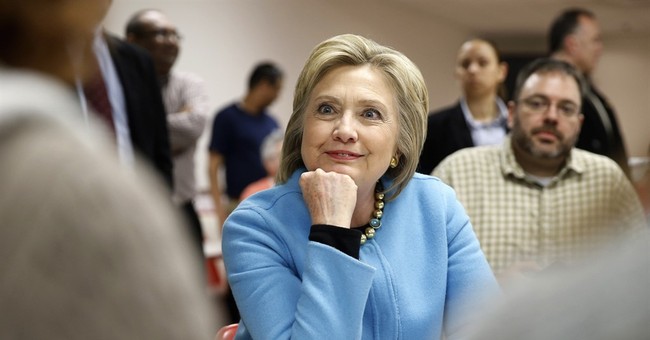 As we push towards the New Hampshire primaries, I remain sorely dismayed with the inability or unwillingness to articulate the gravity of recent lapses in national security protocol. The airwaves are filled with candidates and pundits alike leading with damning, yet incomprehensible phrases like “higher than Top Secret” or “too sensitive for release” to describe Hillary Clinton’s email saga. Absent context, listeners are left to wonder whether she revealed the location of Jimmy Hoffa or whether she outed a confidential informant under deep cover in Moscow. Politicians and the media seem to think the American public will absorb and fully appreciate the situation by employing alarming words. Few have bothered to explain the significance of breaches to Special Access Programs (SAP). Even fewer candidates have communicated how their prospective administration would regulate itself against future blunders. Precise explanations are paramount at a time when the sleaziest car repairman would likely rank higher on the sliding scale of trust than our own government.

The American public possesses a unique ability to both cherish the confidentially of national security and harbor deep suspicions over those who manage it. We are fiercely patriotic and equally suspicious of motive; prone to conspiracy and blind trust. This paradoxical logic, ironically enough, sustains our liberty. Republican candidates, in particular, fail to appreciate this mindset by assuming listeners will respond favorably to ambiguous cries about compromises to national security. Observers will not extend them more trust simply because of the attention given to an opposition’s carelessness. This issue requires clarity and specificity.

Americans generally want guarded that information which perpetuates the people’s security and want exposed the information which entrenches the power of the watchers. Those ideas intersect in different areas, to be sure. But the Clinton email scandal represents the former, whereas the NSA bulk collection, for instance, represents the latter. If “special access” information showed up in those unclassified emails, that exposes some of the most closely held national security data out there.

I have extensive experience with SAP and their related programs and can assert that “higher” than top secret is a misnomer; it simply means “special access.” Imagine receiving a party pass to the most exclusive club in the city. Once in, you see the club is made up largely of other VIP lounges that are invitation-only. Those rooms have inner rooms, which are also invitation-only. So while you are at the most select shindig in town, someone had to invite you to their closed lounge. That’s the “higher” or what we in the intelligence world call compartmentalized access. For example, I never knew the sources of other operators from outside agencies (even other offices within my agency) unless I was invited and had reason to be at their “party.”

Human sources, both U.S. citizens undercover, abroad, and/or foreign nationals working on behalf of the United States, represent some of the most sensitive special access information in government. If these names showed up on an unclassified network, the intelligence community has to assume our adversaries have knowledge of it. Officials do not react like this out of an abundance of caution. They do so out of necessity. If Hezbollah, for example, now knows the name of a double-agent in their midst, they might purposely feed false information to the source in order to disrupt U.S. strategy. Their American “handlers” know this and now have to consider severing contact. But that means the United States loses “access,” sacrificing a process that likely took years of taxpayer money and government manpower to accomplish.

Circumstances may also require they abscond with the source to safety. Life saved, but vital access lost. Harder still, handlers may choose the laborious process of re-earning the trust of  a now severely frightened source, re-vet the source, and reinsert the source back into the system. Time, money, and manpower all diverted and American security threatened because one name was carelessly leaked.

Meanwhile, it’s essentially over for an American under cover. Officials have to assume adversaries know. Therefore, this highly-trained, high-priced government employee becomes virtually useless for the very job they are trained to do. If what we call “tradecraft” or spying tactics was also exposed, the U.S. government may disown it. That might mean ditching a costly electronic tool used by sources in the field that took years to development. Again, money wasted and access gone.

SAP technology, that is materials and processes, are also jealously guarded. If an email even alluded to a subcontractor responsible for making a highly sensitive and incredibly expensive widget for our cutting-edge submarines, for example, our adversaries would now know whom to target with cyber-attacks and human intelligence operations. The U.S. government then has to engage in a very costly vulnerability assessment. And the specialized nature of these companies might mean the government cannot simply move on to another. Should the government find a replacement, it would have to vet them, provide clearances for relevant employees, and provide infrastructure to protect the company from compromise. One clearance alone can cost $10,000 a person and take upwards of a year to certify. In the meantime, our military loses its advantage and their safety is threatened.

Exposure of this kind erases years of work and millions of taxpayer dollars in an instant. It also singlehandedly undermines the security of America and its allies. It cannot be understated: mishandling SAP information can have the same effect as premeditated treason.

The NCPA is proposing a viable course to achieve a fiscally responsible military that will keep America safe. Join us in this endeavor as we focus on the FY 2017 National Defense Authorization Act. Say “No” to further weakening America’s defense by going to NCPA.org and signing the petition to Provide for the Common Defense Now!