The Best Health Reform May Be to Kill Cap-and-Trade 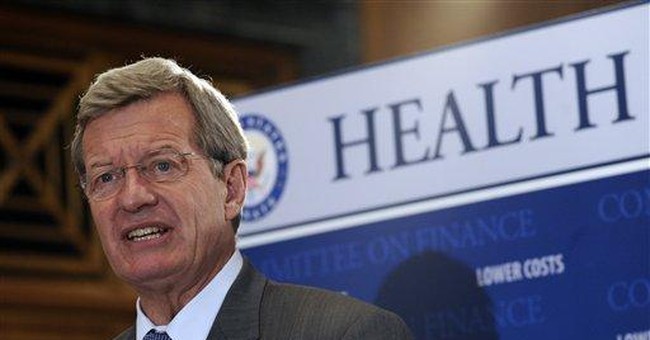 If you worry about what Congress could do in its health care legislation, you should be terrified by the Waxman-Markey cap-and-trade bill, which could cost millions of Americans their health insurance.

Nearly 15 million Americans are now looking for work, bringing the official unemployment rate to 9.7% – the highest in 26 years. If the Senate passes Waxman-Markey, that rate will go much higher.

And employment and access to health insurance are inextricably linked.

There’s no debating a cap-and-trade system would harm the economy. The only question is how costly it would be.

The CBO low-balled the costs of the Waxman-Markey cap-and-trade bill passed by the House in June, saying it would cost just $175 per household per year. This is the “less than the price of a postage stamp per day” figure we keep hearing.

But to arrive at this number, the CBO had to ignore employment and income losses from cap-and-trade – costs estimated to be thousands of dollars per household per year. After figuring that in, yes, cap-and-trade would cost less than a postage stamp per day, but only if you’re buying a $17.50 Express Mail stamp.

The Heritage Foundation provides a more comprehensive estimate, projecting a family of four would pay an additional $4,609 per year by 2035. Annual job losses would average 1.15 million between 2012 and 2030, with job losses rising to nearly 2.5 million in 2035.

The Kaiser Commission on Medicaid and the Uninsured estimates that for every percentage point increase of unemployment (in present terms, the loss of about 1.54 million jobs), the number of Americans without health insurance rises by 1.1 million.

For illustrative purposes, using Heritage’s job loss projections and the Kaiser figures, this could mean over 820,000 people losing their health insurance annually, on average, between 2012 and 2030, with about 1.8 million losing coverage in 2035 alone.

But that’s not the half of it.

The stress and loss of self-esteem that accompanies job loss can lead to unhealthy lifestyles, including substance abuse and poor eating habits. The unemployed are more likely to be diagnosed for hypertension, heart disease, diabetes and stroke, and because discretionary income drops with the loss of a job, so too do routine screenings that might prevent late-stage diseases.

Associate Professor Kate Strully of the State University of New York, in a survey of 8,000 unemployed factory workers, found unemployed workers were 83 percent more likely to develop a new health problem than were workers who kept their jobs.

The diagnosis is clear: If we want to move the American health care system from the intensive care unit to the recovery room, we must first send cap-and-trade to the morgue.