The Future of Women’s Sports

David Applegate
|
Posted: Mar 12, 2021 12:01 AM
Share   Tweet
The opinions expressed by columnists are their own and do not necessarily represent the views of Townhall.com. 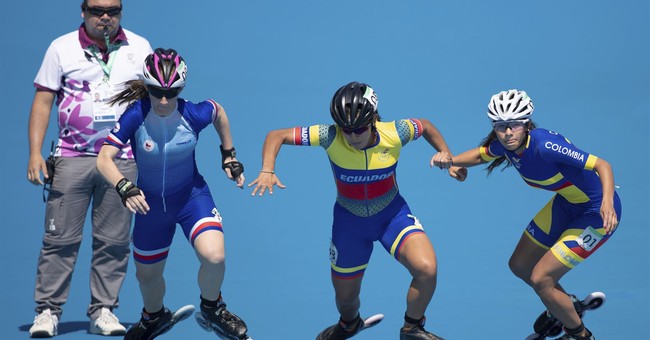 It’s beyond debate that the United States and much of what we used to call the West have stepped beyond the looking glass, perhaps never to return to normal no matter when and how the novel coronavirus pandemic may end. That’s because norms change with culture, which politics and the law ultimately follow. Yet even in these strangest of times, perhaps the greatest challenge to normalcy is occurring in the world of girls’ and women’s sports.

As a practical matter, for example, the abortion debate has been settled for at least a few generations, looking both forward and backward. What we once called the United States has, as a matter of law and public policy, decided since Roe v. Wade that the human fetus is not human and has no rights as a person, no matter what basic biological science and a true understanding of human rights tell us. Much as with American slaves in the 18th century, less than the entire country regards fetuses as human and the law does not recognize them as persons entitled to equal protection under the law. Perhaps it never will.

So, too, with “climate change” today, no matter what actual geoscience tells us. It’s well-established that the earth goes through natural periods of cooling and warming, and it should be obvious to anyone that the earth’s overall warming since the last Ice Age has been good for all life on earth, including human beings. Otherwise the northern latitudes of North America would be buried under sheets of ice miles thick and the Great Lakes—the largest natural source of life-sustaining fresh water on the planet—would not exist.  Never mind that if the United States reduced total emissions to zero tomorrow, 90 percent of the earth’s sources of air pollution would remain. Still, no matter the wear and tear of those 800-pound batteries on our crumbling infrastructure, Congress and corporate America insist that within the next decade or two we must all drive all-electric cars. And so, of course, we will.

Still, the battle rages—perhaps a losing one at that—about the future of female sports in a world in which you can choose your sex but not—at least since the U. S. Supreme Court confirmation hearings of Amy Coney Barrett—your sexual orientation. Yes, some fetuses allowed to develop full-term will be born hermaphroditic, while decreasingly small percentages of humans are born with xxy, xxxy, or even xxxxy chromosomes, but the vast majority of us are born xy—male—or xx—female. We are not simply “assigned”—Harry Potter “sorting hat” style—one sex or another at birth; we are instead born that way.

If we are to remain a free society, then we should have no quarrel with consenting adults over the age of majority who choose to live their lives as—or wear the garb of—another gender, so long as they do no harm to others. Yet we do great harm to the youth and children of today when we claim that sex or gender is merely a matter of personal choice or how one “feels” any given day or year, particularly when we allow males to compete against females in sports beyond a grade-school or recreational level.

Certainly some women are bigger, faster, or stronger—in the words of the Olympics motto, “Citius, Altius, Fortius (faster, higher, stronger)—than some men. In their chosen sports, female Olympic athletes can usually outperform most men except for male Olympic and professional athletes, and Billie Jean King in her prime beat a (past his prime, to be sure) Bobbie Riggs in tennis fair and square. But once they hit puberty men are in general bigger, faster, and stronger than women. Even in her prime, Ms. King could not likely have defeated Stan Smith or Rod Laver or Arthur Ashe—or even Bobbie Riggs—in his prime.

There’s a reason that college and Olympic and professional sports have long had separate leagues or divisions for men and women. To do otherwise would largely deprive women and girls of the many benefits of participating in sports, including learning teamwork and leadership skills as well as promoting sound physical and mental health and providing future professional career opportunities for the best of the best.

Allowing boys and men to compete against girls and women in high school and college sports will largely discourage most women and girls from competing at all, deprive them of these benefits, and defeat the very purposes of Title IX.

No matter what courses we may take in other areas of life, it is high time that American and Western culture return to accepting the lessons of actual science and human experience when it comes to basic biological differences between men and women. Otherwise, as surely as law and politics follow culture, politics and the law will lead us down yet another dark and dreadful path.