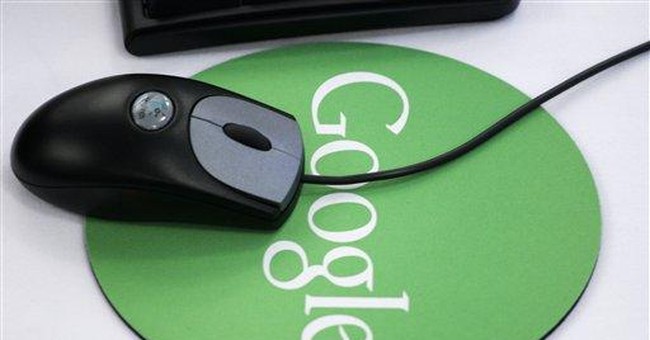 Two ideas are dear to conservatives: a belief in the benefits of innovation and the power of free markets. When it comes to technology policy, we generally believe that a hands-off regulatory approach is one that makes the most sense. It’s important for government to stand out of the way and let the market resolve an issue before stepping in and potentially interfering with innovation or the healthy growth of the market.

The Internet, despite its origin as a government-funded defense network, has grown by leaps and bounds over the last two decades as a wild flower, unhindered by government regulation. In an important sense, it is a case study in how an unregulated and truly free market can provide a myriad of benefits to consumers and the economy.

But this is only half the story. While the edge of the Internet is a place where a thousand flowers bloom – witness the diversity of online services, applications and content available for any user to access – the last mile, access to the Internet, is dominated by a small handful of network operators.

Thanks to the failure of congressional “deregulation” of the telecom industry, we’ve seen a diminution of real competition among broadband Internet providers. Rather than spurring on increased choices and competitors, the number of companies providing the best possible Internet access has shrunk to a small handful of cable and telephone companies.

In many areas, consumers have the choice of two providers, at best. Many rural areas are lucky if they have even one choice.

This monopoly/duopoly status by the big phone and cable companies has given them immense power to exercise control over the free flow of speech and commerce over their networks. Despite promises to the contrary, companies like Comcast have used their control of the broadband network to prevent certain types of applications from being usable by consumers. Other network providers have even interfered with the transmission of certain types of political speech over their networks.

These companies even have discussed plans to use so-called “Deep Packet Inspection” hardware to sift through the packets of information that pass through their networks, giving them the power to monitor every email or web visit by every one of their customers.

Given the liberal cultural predilection of big media companies, coupled with the willingness of telecommunications companies to give our information away to the government at the drop of a hat, that kind of unchecked power should send chills down conservative and libertarian spines.

Just as conservatives rightfully fear the power of the government to stop certain types of speech or economic activity and try to limit that power, we should likewise fear the power of network operators to control the new soapbox in the public square – the Internet.

We should be concerned about the power of the broadband network operators to control speech and economic activity over the Internet, and be willing to support some modest, limited countervailing check on their power when it is abused.

When Comcast used their power to block access to one type of software which they arbitrarily wanted to prevent consumer access to, the FCC, under Martin’s leadership, wisely stepped in with a light-touch approach. The action of the FCC didn’t rely on overbroad rulemaking. It merely said that no company could arbitrarily use their power to prevent consumers from accessing the content and applications of their choice under the guise of managing their networks.

This is an important precedent, and will lay down a marker to prevent overreaching by network operators in the future. While it might seem strange for a conservative to support regulatory action like this, I strongly believe this was a critical and necessary step to protect both our values and our access to the most important network in the world.

Now more than ever, conservatives need content neutral access to the Internet because it presents us with a way of communicating and building power without having to rely on the mainstream media and being subject to the liberal bias of the networks and national newspapers.

The FCC’s decision is an important step to ensure that our access to a free Internet will be preserved, that our ability to communicate will remain open and that the Internet can continue to grow.